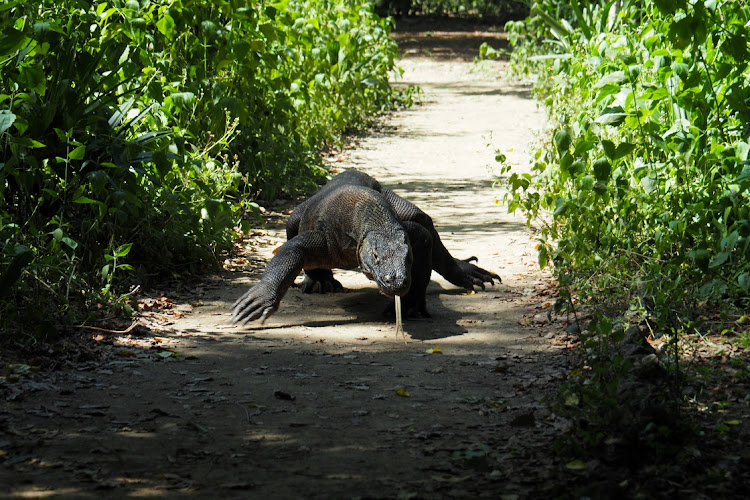 Geneva — The populations of four of the most commercially fished tuna species are showing signs of recovery but rising sea levels mean the Komodo dragon is now classed as endangered on the latest Red List of species at risk of extinction.

The International Union for Conservation of Nature (IUCN) that compiles the list is also stepping up monitoring of marine species such as coral and deep sea snails to see how they are affected by climate change and threats such as deep sea mining.

"Ocean species tend to be neglected as they are under the water and people don't really pay attention to what is happening to them," Craig Hilton-Taylor, head of the IUCN Red List unit, said.

But as catch quotas and efforts to target illegal fishing showed signs of working, the outlook for tuna appears to be improving.

Atlantic bluefin tuna, a huge warm-blooded migratory predator that is prized for sushi and can sell for thousands of dollars, jumped three categories from "endangered" to "least concern" on the list, though some regional stocks remained severely depleted.

The southern bluefin also improved from "critically endangered" to "endangered" while albacore and yellowfin tuna were classified as "least concern".

"Tuna is a good news story — it shows what can be done," Hilton-Taylor said as the IUCN on Saturday released its report on 138,374 species of plants, animals and fungi, of which more than a quarter are threatened with extinction.

The Komodo dragon moved into the endangered category. The world's largest living lizard is protected on Indonesia’s Komodo island but rising sea levels due to climate change  are set to shrink its habitat, the IUCN said.

"The idea that these prehistoric animals have moved one step closer to extinction due in part to climate change is terrifying," Andrew Terry, conservation director at the Zoological Society of London, said, calling for action to protect nature at the Glasgow climate conference in November.

The IUCN also expressed concern for sharks and rays, which are faring less well than tuna.

"Now we have to take that example and try to apply it to the shark industry," Hilton-Taylor said. He said the trend was "going in the wrong direction" for sharks and rays of which 37% now face extinction compared with 33% of amphibians, 26% of mammals and 12% of birds.

The IUCN said in 2020 that a shark species that had just formally been discovered, might already be extinct.

Its latest update was released at a conservation conference in Marseilles, France.

Report highlights fivefold increase in natural disasters over the past 50 years that have claimed 2-million lives and cost $3.64-trillion
World
8 months ago

New national park in the Rhodes, Naudé’s Neck and Nqanqarhu area will cover 30,000ha, protecting and nurturing the region’s biodiversity
Opinion
8 months ago