But the longer the sanctions remain, the greater the chance of catastrophe in Afghanistan 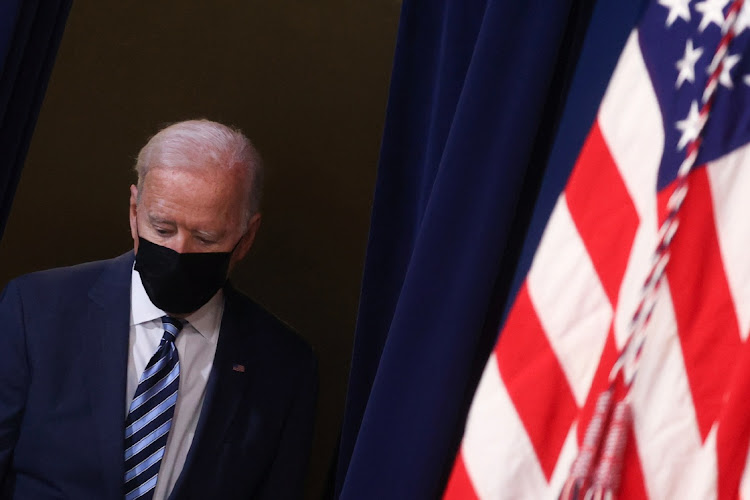 The Biden administration’s reluctance to ease sanctions on the Taliban will hamper the group’s ability to establish a new government in Afghanistan and risk plunging the country deeper into poverty.

Long-standing US measures restricting Taliban officials from access to the financial system are likely to stay in place. The sanctions offer crucial leverage for President Joe Biden’s team as they negotiate to win safe passage for 100-200 Americans and thousands of Afghans who weren’t evacuated in August and still want to leave the country.

The White House also wants to see the Taliban establish a government that respects human rights, particularly for women and religious and ethnic minorities. Removing sanctions would pose a political risk for Biden in Washington, where legislators from both parties have sharply criticised the president for the chaotic US withdrawal completed this week.

Yet the longer the sanctions remain, the greater the chance of catastrophe in Afghanistan, where the economy was on the edge of ruin before the Taliban takeover. Millions of Afghans are at risk of destitution or even famine.

The Taliban has operated outside of the banking system for 20 years, since the US imposed sanctions on the group for creating a safe haven for Osama bin Laden and Al-Qaeda. The restrictions didn’t stop the Taliban from generating revenue by collecting illegal taxes from farms, businesses and the opium trade.

Now, the Taliban control the nation’s central bank, DA Afghanistan Bank, or DAB. The group is working with other Afghan leaders to form a government and cabinet, with announcements expected soon. It’s unclear whether American sanctions on the Taliban as an organisation will now extend to the Taliban-controlled government.

“There’s never been a case like this,” said Adam Smith, former senior adviser in the Treasury Department’s sanctions unit and now a partner at Gibson, Dunn & Crutcher.

If the US decides that a Taliban government is, in fact, a sanctioned entity, aid from international humanitarian organisations to the country’s nearly 40-million people would be curtailed and efforts to pull the nation — one of the least developed in the world — out of an economic crisis would be set back.

Afghanistan is heavily reliant on international aid. Foreign assistance makes up 40% of the nation’s GDP, according to World Bank data.

“The Taliban will not be able to run the country under these sanctions regimes,” said Zahid Hamdard, the deputy finance minister in the recently deposed Afghan government. He fled the country nearly two weeks ago.

The Biden administration hasn’t shown much sympathy so far. The US froze about $9bn in assets belonging to Afghanistan’s central bank after the Taliban takeover and has stopped shipments of cash. Without that money, the nation has less credibility to potential investors.

The US “needs to find ways to facilitate necessary trade to ensure that famine and disease doesn’t worsen the difficulties the Afghan people are already facing — and to stop Afghanistan from becoming a failed state, which is a possibility if they run out of money entirely under the weight of sanctions,” Smith said.

While the Biden administration is aggressively telegraphing that sanctions remain, with the Taliban facing demands both to protect dissidents and foreigners who want to leave and combat terrorism, the US is working with humanitarian partners in Afghanistan to continue their work, a Treasury spokesperson said.

“We’ve not reduced sanctions pressure on the Taliban leaders or the significant restrictions on their access to the international financial system, and we will judge — and we want to make this very clear — we are going to judge the Taliban by their actions, and we’ll stay in close co-ordination with the international community on any steps that we take moving forward,” White House press secretary Jen Psaki said on Thursday.

But she said that measures “have been taken” — including licenses issued from Treasury’s office of foreign assets control (Ofac), which administers sanctions — “that allows US humanitarian assistance to go through.”

Afghanistan licences that Ofac has granted so far include Western Union and MoneyGram, allowing remittances into the country.

American financial sanctions aren’t all that stand in the way of a functioning Taliban government, which must also navigate disagreements between its factions and with other prominent Afghan leaders, including members of the former government.

The country remains at risk of civil war, with some elements of the previous government and military still fighting the Taliban as well as threats from an offshoot of the Islamic State (IS), which carried out a suicide bombing last week that killed 13 US troops and scores of Afghans.

US sanctions will make it difficult for the Taliban to do any business outside the country. Afghan banks and the country’s hawala system of informal money transfers will be pinched by the shut-off of fresh foreign currency.

Sanctions will “cause issues for banks as they aren’t able to access the funding they need for customers who have paid deposits in dollars and now can’t withdraw those dollars,” said Ajmal Ahmady, the former acting governor of Afghanistan’s central bank.

Harsh sanctions intended to punish the Taliban won’t improve conditions inside the country or address terrorist threats, according to Hamdard, the former Afghanistan government official.

“Engagement is the better approach,” he said in telephone interview.

Hamdard experienced the difficulties of living under Taliban rule in the 1990s. He and his parents fled then as well, becoming refugees in Pakistan, where they lived for nearly 15 years. He remembers the millions of Afghans plagued by poverty and hunger, and fears for a similar human toll again.

“They should not put pressure on Afghanistan people to try to get to Taliban,” he added. “The Taliban regime is already strict enough for them to live under.”

Former commander at Nato James Stavridis lists some successes, including advances in literacy and preventing another attack on the US
Opinion
8 months ago

The Taliban takes control of Afghanistan, the Tokyo Paralympic Games, a gay pride parade in Germany, protesters in Bangkok, floods in New York, and ...
Life
8 months ago