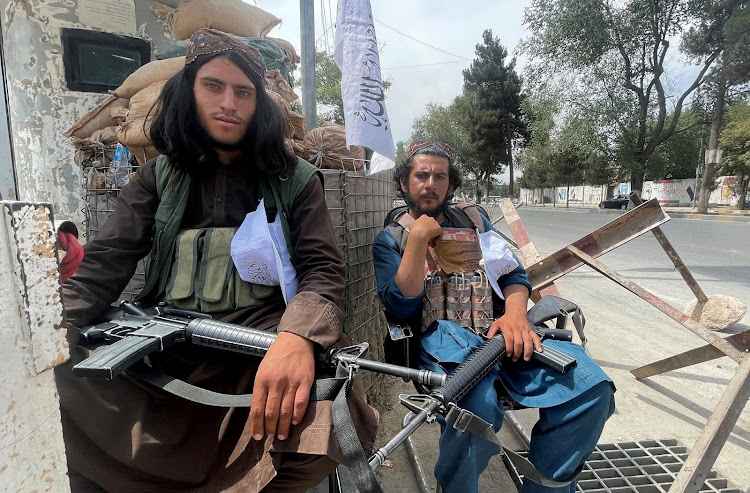 The Taliban called for good ties with the US hours after the last American soldiers flew out of Kabul to end 20 years of war, with the militant group now facing a host of fresh challenges.

“The Islamic Emirate wants a good and diplomatic relationship with the Americans,” Zabihullah Mujahed, the Taliban’s spokesperson, told reporters on Tuesday from the Hamid Karzai International Airport, which was the last place under American control. Taliban leaders walked across the tarmac to mark their victory.

“We highlight to every occupier that whoever sees Afghanistan with an evil eye will face the same fate as the Americans have faced,” he said. “We’ve never given up to pressure or force, and our nation has always sought freedom.”

The US officially ended its military presence in Afghanistan at midnight on Monday Afghan time, a mission that began soon after the terrorist attacks on September 11, 2001.

America’s longest war ended with a rushed withdrawal of more than 123,000 people since August 14, after the Taliban’s swift advance to Kabul. A suicide bombing during the evacuation killed 13 US service members and more than 169 Afghans, prompting the US to retaliate with strikes against an offshoot of the Islamic State terrorist group in the country.

Those deaths followed the loss of about 2,400 Americans, even more employees of American contractors and tens of thousands of Afghans, as well as about $1-trillion in US spending since the conflict began. The war dragged on so long that a huge slice of Afghanistan’s population has lived their entire lives under its shadow, while the US troops who were killed last week were mostly infants when New York’s Twin Towers were brought down.

President Joe Biden, who set the August 31 departure date, said on Monday that “it was the unanimous recommendation of the joint chiefs and of all of our commanders on the ground to end our airlift mission as planned. Their view was that ending our military mission was the best way to protect the lives of our troops, and secure the prospects of civilian departures for those who want to leave Afghanistan in the weeks and months ahead”.

Biden said the Taliban who now rule Afghanistan have “made commitments on safe passage and the world will hold them to their commitments”.

Gen Kenneth McKenzie, the head of US Central Command said some Americans — numbering in the “low 100s” — who wanted to leave were not able to get to the airport in time for the military to transport them. No US citizens were evacuated on the last five flights.

Secretary of state Antony Blinken said the US is moving its Afghanistan consular work to Doha, Qatar, which had been the site of talks with the Taliban over the last two years. He said US humanitarian assistance to Afghans would continue but any engagement with the Taliban would be motivated solely by US national interests.

“Every step we take will be based not on what the Taliban-led government says but what it does to live up to its commitments,” Blinken said. “The Taliban seeks international legitimacy and support. Our message is any legitimacy and any support will have to be earned.”

Blinken did not say how the US and allies, bolstered by a UN Security Council resolution approved on Monday, would exert pressure on the Taliban. But earlier in the day White House press secretary Jen Psaki said “we have an enormous amount of leverage, including access to the global marketplace”, suggesting the use of existing and perhaps new economic sanctions against the Taliban if they do not co-operate.

The Taliban’s takeover of Afghanistan was swift, with the group walking into Kabul and the presidential palace on August 15, as the Afghan defence forces the US spent more than $80bn training collapsed. The US-backed former president Ashraf Ghani fled soon after and the militant group declared it would form an inclusive government.

“We can’t control our emotions,” Bilal Karimi, a member of the Taliban’s cultural commission, said by phone from the airport. “We have defeated the world’s most powerful country and gained our independence.”

When the US invaded Afghanistan in 2001, the global economy looked a lot different: Tesla wasn't a company, the iPhone didn't exist and artificial ...
Business
10 months ago
Next Article