Trucking sector changes gear to get female drivers behind the wheel

Recruitment efforts target women as the US industry sees a shortage of 100,000 drivers by 2023 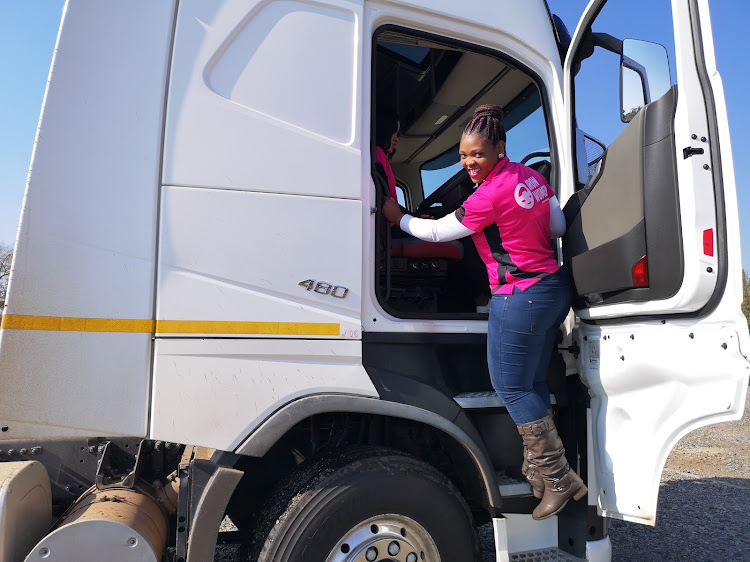 Since she got her learner’s permit at age 16, Clarise King-Green had driven just about every vehicle imaginable: cars, vans, minibuses, box trucks. But like most women in US transportation, she had never got behind the wheel of a freight truck.

That changed last summer when the Philadelphia resident, 50, enrolled in a state-sponsored programme that helps aspiring drivers fund a commercial trucking school, where tuition costs as much as $7,000 for a multiweek course. It is a line of work she had briefly considered decades ago, but finding someone to care for her young daughters during the nights spent on the road put her off. Now that they are older, King-Green decided it was time.

“People that know me well say driving is in my blood, so it wasn’t intimidating. It was exciting, really,” she says about her first time in a big rig’s cab. She is now one of hundreds of female drivers in a fleet with thousands of trucks. “I was just trying to find a career where I felt like I can make a lot of money to help take care of my kids. I’ve never really given too much thought to whether it’s a woman’s job.”

Facing a decades-old struggle to retain drivers — and a pandemic that has cranked up demand for shipping — fleets long staffed by mostly male drivers are now looking to get more women behind the wheel. With the trucking industry expecting a shortage of 100,000 drivers by 2023, recruitment efforts directed at women are becoming increasingly common.

Just 6.7% of long-haul drivers in 2019 were women, according to the American Trucking Associations, a number that has barely budged in almost two decades. To change that, nonprofits, government programmes, and trade groups in states including Oregon and New York have funded free certification for female drivers. The $550m infrastructure package moving through Congress includes a provision to study how to recruit more female drivers. Some companies have even advertised for husband-and-wife driving teams to ease the strain of days spent away from home.

Part of the challenge, says Ellen Voie, CEO of Women in Trucking, is changing women’s mental image of a truck driver: a middle-aged guy behind an 18-wheeler. Her Plover, Wisconsin-based nonprofit makes Girl Scout patches for troops to learn about careers in the supply chain, colouring books such as Shelby’s Big Rig Day, and a Cabbage Patch-style plush doll named Clare, described on the group’s website as a “driven young lady”.

Voie estimates that she has spoken with 400 to 500 recruiters, trucking school operators, and drivers over the past 14 years, pushing them to train and hire more women.

Early signs indicate such efforts are working. The number of female drivers increased almost 30% from 2018 to 2019, to more than 10% of all drivers, one survey of logistics professionals found. Women now staff a quarter of some fleets, says Craig Fuller, CEO of transportation data firm FreightWaves.

Voie’s pitch often centres on a reality borne out by decades of data: female truck drivers are, in aggregate, more cautious on the road. They get into fewer accidents, and those tend to be less serious, she says.

Still, while female drivers are better on the road, the road is not always better for them. Driving requires enduring long, irregular hours, lonely conditions, and the risk of severe crashes. The field usually offers few benefits attractive to primary caregivers, such as paid parental leave or flexible hours that fit with the school day.

Desiree Wood, a member of the FMCSA’s advisory panel and founder of Real Women in Trucking — named to distinguish itself from Voie’s group — understands the problem in terms of life stages. For women with experience, many of whom are older, driving can be a perfect profession. It offers a median annual income of about $47,000 and the freedom to bid on preferred routes.

For women with children at home, the lifestyle is tougher. She has heard anecdotes about women home schooling their children from the sleeper berth, bound to a weekday route but unable to pay for child care. While first-year drivers often earn base salaries of about $40,000, even well-paying driving jobs can be a tough sell.

Sexual harassment and assault are concerns, too. While there is little data on misconduct in the sector, it is prevalent enough for some trucking schools to warn women about it before they get on the road. Sharae Moore, the founder of S.H.E. Trucking, started her 20,000-member Facebook group and licensing programme in part to help women entering the industry avoid companies known for tolerating sexual misconduct. Interstate Trucking Academy owner Gary Hollands, who runs a free training programme for women in Portland, Oregon, says he added lessons on self-defence and dealing with sexual misconduct to his licensing course.

“How to drive a truck is only one part of our programme,” he says. “The main part is how to navigate the culture that they’re going into.”

Jenny Reeves, who graduated from the initiative’s first class, says she appreciated the instructors’ willingness to be frank about what it is like to be a female driver. Hollands tells female students to carry mace and share their stop schedule with a friend in case they run into trouble.

Reeves, who recently started hauling waste in Portland, says she got so many job interviews after finishing trucking school in June that she felt like “the trash princess”. To get hired, “you pretty much just have to have a pulse,” says Real Women in Trucking’s Wood. “What I’d like to see is a path to success.”