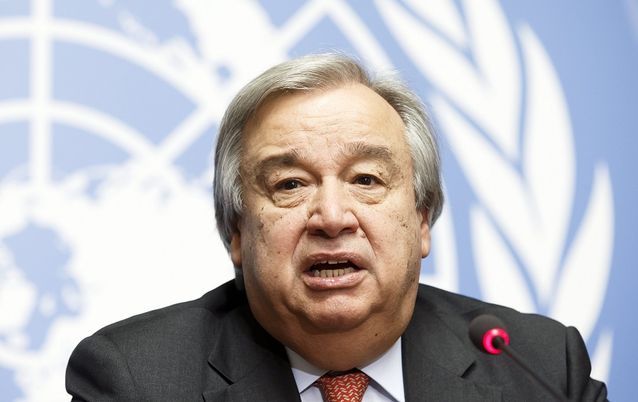 An epochal new report from the world’s top climate scientists warns that the planet will warm by up to 1.5°C in the next two decades without drastic moves to eliminate greenhouse gas pollution. The finding from the UN-backed group throws a key goal of the Paris Agreement into danger as signs of climate change become apparent across the world.

The latest scientific assessment from the UN’s Intergovernmental Panel on Climate Change (IPCC) for the first time speaks with certainty about the total responsibility of human activity for rising temperatures. The scientists forecast no end to warming trends until emissions cease.

“It is unequivocal that human influence has warmed the atmosphere, ocean and land,” wrote the authors of the IPCC’s sixth global science assessment since 1990 and the first released in more than eight years. The crucial warming threshold of 2°C will be “exceeded during the 21st century”, the IPCC authors concluded, without deep emissions cuts “in the coming decades”.

The report released on Monday is the work of more than 200 scientists digesting thousands of studies. More than any other forecast or record, this report’s determinations establish a powerful global consensus less than three months before the UN’s COP26 international climate talks.

Among the headline findings are that the past decade was most likely hotter than any period in the last 125,000 years, when sea levels were as much as 10m higher. Combustion and deforestation have raised carbon dioxide levels in the atmosphere higher than they’ve been in 2-million years, and agriculture and fossil fuels have contributed to methane and nitrous oxide levels higher than any point in at least 800,000 years.

The document is “a code red for humanity”, said Antonio Guterres, secretary-general of the UN. “This report must sound a death knell for coal and fossil fuels before they destroy our planet.”

Even as the IPCC authors have done away with some of the cautious uncertainty that marked past assessments, the last few months have seen a series of rapid-fire climate disasters that underline the new language. Summertime in the northern hemisphere has been marred by severe flooding across Europe and China, as well as alarming drought and the early onset of large wildfires in the western US and Canada. One of the coldest places on the planet, Siberia, has experienced severe heat and forest fires. Just this past weekend brought disturbing footage of people fleeing sprawling wildfires in Greece.

Nearly all of this can be attributed to human influence. The IPCC found that the combined effects of human activity have already increased the global average temperature by about 1.1°C above the late 19th-century average. The contribution to global warming of natural factors, such as the sun and volcanoes, is estimated to be close to zero. In fact, humans have dumped enough greenhouse gas into the atmosphere to heat the planet by 1.5°C, according to the report, but fine-particle pollution from fossil fuels provides a cooling effect that masks some of the impact.

In its fifth assessment, published in 2013, IPCC’s volunteer scientists introduced the idea of a “carbon budget”, setting an upper bound on the amount of carbon dioxide that can be added to the atmosphere before it will breach certain temperature thresholds. “Now we have much more confidence in those numbers,” said Joeri Rogelj, a lecturer in climate change and the environment at Imperial College London and one of the report’s authors.

Humanity will have about a 50% chance of staying below the 1.5°C threshold called for by the Paris Agreement if carbon dioxide emissions from 2020 onwards remain below 500-billion tonnes. At the current rate of emissions, that carbon budget would be used up in about 13 years.

“Our opportunity to avoid even more catastrophic impacts has an expiration date,” said Helen Mountford, vice-president of climate and economics at the World Resources Institute. “The report implies that this decade is truly our last chance to take the actions necessary to limit temperature rise to 1.5°C. If we collectively fail to rapidly curb greenhouse gas emissions in the 2020s, that goal will slip out of reach.”

All five of the report’s temperature scenarios show the 1.5°C marker passed by 2040, before cooling down below that mark in only one of five scenarios. Achieving that cooling will depend on large-scale removal of carbon dioxide from the air. An independent analysis conducted by the group Climate Action Tracker suggests that current global policies may track either the IPCC’s medium or high scenarios, which lead to 2.7°C and 3.6°C of warming by 2100.

The climate science profession has seen entire specialities emerge and mature in the years since the IPCC’s previous mega-report on science. None of these is more resonant than the ability to analyse extreme weather events in real time to determine the role of climate change.

Twenty years ago, researchers couldn’t link a specific weather event directly to human-made climate change, meaning that the scientific likelihood of a specific storm or heatwave being tied to warmer temperatures wasn’t knowable. Today, many of these weather attribution studies can be produced within days or weeks of an event.

The deadly heatwave that gripped the western coast of North America in June had detectable evidence of human responsibility. World Weather Attribution, an international research group, needed just days after the heat broke to conclude that the extraordinary temperatures would be “virtually impossible” without climate change.

This ability of scientists to parse the probability that any one disaster is driven by warming temperatures highlights one of the IPCC’s core findings: the entire globe is warming, though not uniformly. Regions will still experience natural swings in temperature, particularly in coming years, as it takes time for heating to have a significant effect on the Earth’s processes.

Another research breakthrough in the field of climate sensitivity now allows scientists to make even more confident projections about future warming. IPCC authors were able to narrow their temperature projections for the rest of the century, giving humanity a clearer picture of what lies in store if we don’t act quickly to curtail emissions.

The Earth’s response to a theoretical doubling of pre-industrial carbon dioxide levels is now thought to be between 2.5°C and 4°C — a much smaller range than 1.5°C-4.5°C in previous IPCC reports. “The top end is being reduced, which means that some of these really bad outcomes, where we roll sixes on the climate sensitivity dice, seem a little less plausible than they did,” said Zeke Hausfather, director of climate and energy at the Breakthrough Institute, who was not an author of the summary.

There is an endgame, if nations choose to try to reach it. The data continues to show a straightforward relationship between carbon dioxide and temperature. That means that when atmospheric carbon concentrations stop rising, the temperature will, too, soon thereafter.

“This last year has proven that climate change is no longer a distant threat,” said Katharine Hayhoe, chief scientist at Nature Conservancy, who wasn’t involved in the report. “We can no longer assume that citizens of more affluent and secure countries like Canada, Germany, Japan and the US will be able to ride out the worst excesses of a rapidly destabilising climate, even as those in more vulnerable latitudes suffer.”

The IPCC is inherently conservative. It emphasises information in which scientists have the most evidence and agreement. At the same time, the new scientific consensus doesn’t rule out continued investigation of its lower-confidence findings. The authors indicate that some potentially sweeping changes are not as well understood, such as unlikely but still possible heat extremes or ice-sheet collapse.

Another “low-likelihood high-impact outcome” flagged by IPCC authors is a sudden, dramatic change in ocean circulation. A study released last week in the journal Nature Climate Change documented changes in the powerful churn of Atlantic water as potential indicators of “an almost complete loss of stability”.

The IPCC itself foresees further weakening of the Atlantic Meridional Overturning Circulation in the decades ahead, with disagreement over the possibility of collapse before 2100. Such an event would weaken monsoons in Africa and Asia, strengthen them in the southern hemisphere and dry out Europe.

There are always more questions to ask, and the perpetual churn of research means even the most comprehensive assessment can never be truly complete. “That’s just what science is, right?” said Tamsin Edwards, an IPCC author and a reader in climate change at King’s College London. “It’s constantly evolving and refining and adding new studies, and improving our knowledge. The intensity of the effort that goes into assessing the literature — the 14,000 papers for this report — makes it an authoritative, comprehensive, coherent synthesis n a way that a single paper can never be.”

The Holy Grail is translating the numbers into how much each ton of CO₂ costs society and, thus, should cost those doing the polluting
World
10 months ago

Environment ministers unable to agree on key climate goals, including phasing out of coal
World
11 months ago