Banking dynasty at odds over patriarch’s will

Alberto Safra says his father, who had Parkinson’s disease when he died, lacked the mental acuity to execute three new wills 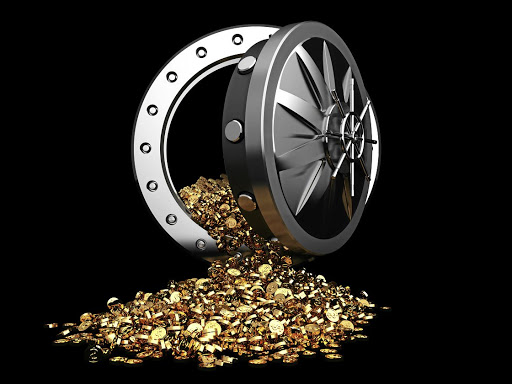 A son of the late Joseph Safra, one of the world’s richest bankers who died in December at age 82, said he intends to challenge his disinheritance from his father’s will in a court proceeding in Switzerland.

Alberto Safra on Thursday asked a court in New York to let him pursue evidence in the US for his challenge. He said his father, who had Parkinson’s disease when he died, lacked the mental acuity to execute three new wills in November and December 2019.

“Mr Safra was under no condition at that time to voluntarily and knowingly make changes to his wills, let alone changes that would deprive petitioner, a devoted son who had loyally served his father for years in the family business, of his rightful inheritance,” he said in court papers filed in Manhattan federal court.

A spokesperson for the Safra family said there is no basis for challenging the will.

“Mr Joseph Safra took all the necessary precautions so that his acts of last will were respected,” according to a statement. “This challenge is an isolated position of only one of the children and does not match the truth of the facts.”

Alberto, 41, is one of the four children of Joseph Safra. The Safras own banks in Brazil, Switzerland and the US, as well as a real estate portfolio that includes the Gherkin building in London and a stake in banana company Chiquita Brands International. Their fortune is estimated at about $16bn, according to the Bloomberg Billionaires Index.

Alberto walked away from the board of the family’s Sao Paulo-based Banco Safra in 2019. Just weeks after he left, his father “hastily changed his wills to cut the petitioner off from his rightful inheritance and, correspondingly, increase the petitioner’s siblings’ share of the late Joseph Safra estate,” according to the court papers.

His siblings oversee the family’s banking empire, with the oldest child, Jacob, in charge of international operations and the youngest, David, overseeing the Brazilian firm. His sister, Esther, is an educator and runs a school in Sao Paulo.

Most of Joseph Safra’s assets were already donated to his wife, Vicky Safra, and his children while he was alive, according to the court documents, meaning Alberto has already received some of the family’s fortune. The donations started more than a decade ago and include shares of Banco Safra in Brazil, which Alberto still owns, said a person familiar with the matter, declining to be named discussing it.

According to Alberto, the changes in his father’s will were made as a result of “undue influence of individuals who exploited Joseph Safra’s vulnerable physical and mental condition,” he said in the court documents. He said he learnt about the changes only after his father died.

After leaving his family’s lender, Alberto created ASA Investments, a Sao Paulo-based asset-management firm with about 90 employees and offices in Rio de Janeiro and New York. Alberto left the Safra business in Brazil “under a lot of pressure from his family,” he said in the court documents. He took with him several high-ranking Safra executives, straining the relationship with his siblings further.

“In this context, certain family members began retaliating against the petitioner by opposing his attempts to visit his father, isolating him from the various family businesses and, as he later found out, taking decisions to harm his rights,” according to the documents.

Inheritance tax should become a larger slice of government tax revenue after the pandemic, says the rich-nation Organisation for Economic ...
News & Fox
1 year ago

Lee Jae-yong, who is on trial again for company-related misconduct allegations, now has 1.63% in the tech giant, up from 0.7%
Companies
1 year ago

Heinz Hermann Thiele built an empire worth billions; his death this week brings succession planning and German inheritance taxes into focus
Companies
1 year ago
Next Article

Protect your legacy: Family trusts under the spotlight

Protect your legacy: Family trusts under the spotlight