Russia looks to step up pressure on Israel’s new government 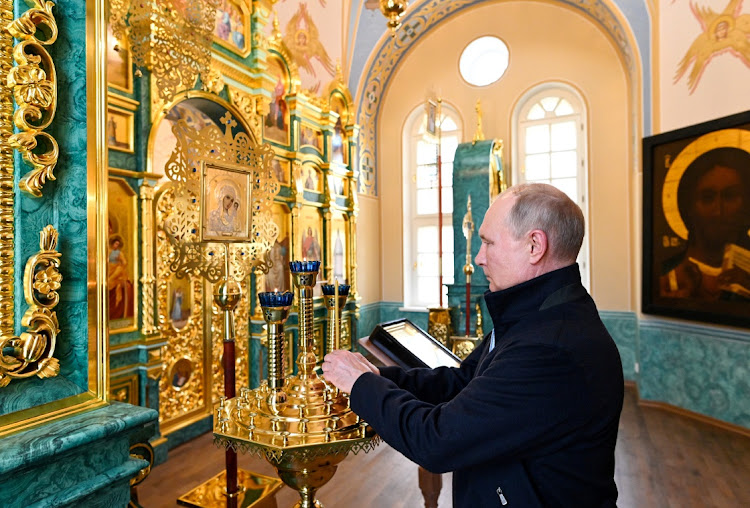 Russia is seeking to exploit the change of government in Israel to assert some control over military operations against targets on the territory of its ally Syria.

So far the Kremlin has kept the shift mostly rhetorical, unwilling to risk a military confrontation with Israel. But after years of tolerating Israeli strikes in Syria under former prime minister Benjamin Netanyahu, Moscow is eager to do more to bolster Syrian President Bashar al-Assad with a new government in Jerusalem.

A more abrasive relationship could force Israel to change its strategy to prevent Iran from increasing its regional clout, or shift to alternative strike methods. It also risks inflaming political tensions between Putin and Israeli Prime Minister Naftali Bennett, who succeeded Netanyahu in June.

Russia’s assertiveness underscores its confidence in the Middle East since the 2015 military intervention in support of Assad against US-backed rebels. While Israel routinely gives Moscow short notice of strikes to avoid harming Russian personnel in Syria, it does not seek permission for military actions.

Russia may intensify training for Syrian air defence crews to limit Israeli air strikes against Iranian-backed militias, said a person close to the defence ministry in Moscow, asking not to be identified because the matter is confidential. The aim is to extract pledges from Bennett to co-ordinate Israeli actions with Russia’s military, said another person in Moscow familiar with the matter.

The two countries have clashed over Syria before. In 2018, despite acknowledging Syrian air defences shot down a Russian aircraft killing 15 servicemen, Putin blamed Israel for the incident because its planes were attacking targets in Syria at the time. Russia moved advanced anti-aircraft systems to Syria in response.

There is no sign Israeli missions are being impeded now. While the defence ministry in Moscow claimed Syria’s Russia-supplied air defence systems thwarted three Israeli attacks in the past two weeks, Israel and others said that is untrue.

“We will continue to hit Iranian targets in Syria,” said Giora Eiland, former head of Israel’s national security council. “This has been one of Israel’s achievements against Iran in recent years and we aren’t going to give it back.”

The Russian claims prompted attacks from Bennett’s opponents over the operation of an informal accord with Russia that lets the Jewish state strike militias in Syria while avoiding conflict with Assad’s forces.

The change of government “won’t have any impact on our relations,” Israeli ambassador to Russia Alexander Ben Zvi said.

It will be a challenge to reach agreements until the new Israeli premier builds personal ties with Putin, said Pinchas Goldschmidt, the chief rabbi of Moscow, who is also president of the Conference of European Rabbis with contacts in both countries.

Bennett and Putin first spoke three weeks after he became premier and they have yet to schedule a meeting. Netanyahu had 13 phone calls and met three times with Putin in his last two years in office alone, according to the Kremlin’s website.

His opposition Likud party seized on the controversy, saying if reports of Russian efforts to curtail Israel’s actions in Syria are correct, “then the failed government lost another strategic asset that Israel enjoyed during the Netanyahu government”.

“This is about imitating pressure on Israel rather than any real steps though we could move in this direction,” said Alexander Shumilin, a former Russian diplomat who heads the state-financed Europe-Middle East centre in Moscow. “Still, there is no prospect of any serious confrontation with the Israelis.”

Russia will have to tell Israel if it wants to end the informal accord and “the bottom line is that nothing has changed”, said Zvi Magen, a former Israeli ambassador to Russia who is a researcher at the Institute for National Security Studies. “Russia knows that if it makes the change by force, Israel will react with force.”

The Palestinian Authority has agreed to give Israel a reciprocal number of Pfizer-BioNTech doses from one of its own shipments due to arrive later in ...
World
3 months ago
Next Article