EU, US and regional powers meet to plan elections and the exit of foreign fighters 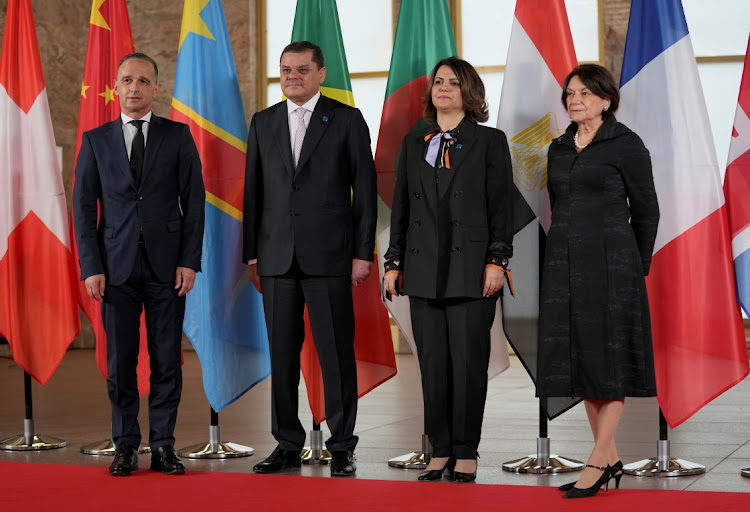 International powers meet in Berlin on Wednesday to push for the removal of foreign fighters from Libya and prepare for December elections, months after brokering a ceasefire aimed at ending a decade of conflict in the North African oil exporter.

The event, co-hosted by Germany and the UN, gathers officials from Libya’s new transitional government as well as foreign ministers from the US, Europe and regional powers including Turkey and the United Arab Emirates, which were militarily involved on opposite sides of an ultimately futile battle for the capital.

“For the further stabilisation of the country, it is crucial that elections take place according to plan and that the foreign fighters and mercenaries actually withdraw from Libya,” German foreign minister Heiko Maas said ahead of the meeting. The conference is aimed at “ringing in a new phase of the Berlin process in which people no longer talk only about Libya, but also talk to the Libyans about the future of their country”.

A UN-mediated truce agreed in October ended the fighting that began when eastern-based military commander Khalifa Haftar launched an offensive in April 2019 to capture Tripoli.

The push quickly descended into a proxy war with the UAE and Russia intervening on Haftar’s side and Turkey backing the internationally recognised government in Tripoli.

Though all have since declared support for the UN-led process to unify Libya — essential to stabilising the Opec member’s oil output — thousands of mercenaries remain in the country, ready to resume the fight.

Pivotal to the Libyan peace process is a wider geopolitical recalibration that has taken place in the Middle East and North Africa since US President Joe Biden’s arrival in the White House. Turkey and Arab rivals including Egypt, Saudi Arabia and the UAE, have moved to rebuild diplomatic ties after years of tensions, a de-escalation that could strengthen efforts to stabilise a country in turmoil since a Nato-backed revolt ousted dictator Muammar Gaddafi in 2011.

Libya was split between duelling eastern and western administrations from 2014 until 2021, when legislators from both sides approved a new transitional government meant to lead the country to polls.

While the ceasefire brokered in October between the Tripoli government and forces loyal to Haftar has held, major challenges remain.

The difficulties of withdrawing foreign fighters, used by both sides in the conflict, is compounded by discord over the disarming of the various local militias that wield significant influence in various cities and neighbourhoods after nearly a decade of division.

And despite agreement over the December elections, there are still divisions regarding the legal basis for holding the vote, as well as calls for a constitutional referendum to be held first.

SA, Tunisia, Zambia, Uganda and Namibia account for most of the new cases, says WHO regional director
World
1 month ago

French president’s hectoring, omniscient style has not gone down well on the continent
Opinion
1 month ago
Next Article