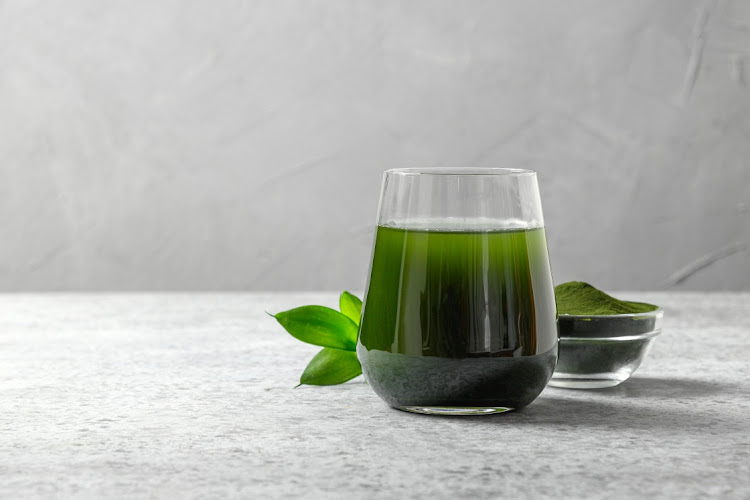 Strelcova runs a retail plant store in the Czech capital and provides plants for offices and restaurants. But she channels much of her passion, plus some of the money from those operations, into a nonprofit group that has contributed to the greening of Prague.

Through the organisation, she uses lectures, podcasts and blogs to evangelise the power of plants as objects of contemplation, sources of healing, places of refuge and conduits to a broader world of nature.

The group she cofounded, Haenke, has injected plants into public and private spheres. It placed hundreds of potted grasses in a square at the Czech National Theatre, turning plants into open-air art. Early in the Covid-19 pandemic, while delivering hand sanitiser, Strelcova stepped inside a nursing home and saw residents with little social contact or access to the outdoors. So she helped bring plants there, too — palms and ficuses, calatheas, fittonias (nerve plants) and spathiphylum (peace lilies).

“If they can’t go outside and seek nature, we will bring nature to them,” she said of the nursing home’s residents. “There is no doubt that plants can have a therapeutic effect, but there were none at these places.”

With isolation restrictions easing, Strelcova is sending out new tendrils. She has plans for more lectures, workshops on sustainable gardening and an expansion of her podcasting to an English-language version with international experts.

Her husband and Haenke cofounder, Julien Antih, is planning to start a line of plant-focused skin care. To make room, the couple is closing the storefront, after what Strelcova said was a pandemic boom in retail plant sales.

Their experience parallels a broader international embrace of plants during the pandemic. The UK’s Royal Horticultural Society said sales of outdoor potted plants were up 225% in July compared with the previous year, with sales of houseplants rising 23% over the same period.

In the US, the number of households buying one or more houseplant products rose 17% in 2020 from the previous year, and about 7% of the population took up gardening or the first time, according to surveys by the National Gardening Association. Vendors told the association they exhausted their stocks of plants and seeds during the pandemic and could have pushed sales higher had they been able to resupply, according to its executive director, Dave Whitinger.

Whitinger attributed some of that interest to homebound Americans looking for mental health outlets. The desire to connect with something alive — plants, pets, even cultures for sourdough bread or kombucha — was a common theme among many pandemic hobbies, he said.

“There’s something about caring for living things. It scratches an itch that people have to connect with nature,” he said.

Strelcova’s plant-centric outreach took shape over years, the product of an unlikely academic and romantic journey.

Now 36, Strelcova hails from a family of conductors and grew up singing in Prague’s children choir. There were houseplants, too: Strelcova still nurtures a decades-old wax plant her mother, who was a music editor at Czech state radio, once kept at her office.

Choosing a course of study was a conundrum. Strelcova was drawn to subjects from the arts to the social sciences. She loved classical music, though she feared its public appeal was narrow and that it was stigmatised, unjustly, as “elitist”. She decided to pursue a degree in marketing and public relations in Prague, hoping to pick up skills she could use to present music to others.

Her interests took a turn when she met Antih, a native of France’s Alsace region who was trained as a pharmacist. Interested in how plants could be used for healing, he enrolled in University College in London to study ethnobotany, which focuses on how cultures use plants for medicine, clothing, housing and other purposes.

Strelcova moved to the UK to study arts management at Goldsmiths, University of London. They shared a frustration with how their areas of passion — classical music, scientific findings — often fell flat on the broader public. Marrying and returning to Prague, they managed to meld many of their interests and ideas into a plants-based outreach combining art and science.

“Both my mom and grandma have always grown plants. But thanks to those discussions with Julien over family dinners, I started to realise that they are not just decorations you have at home,” Strelcova said. “There is a history attached to every plant — where it comes from, how it was discovered and how it was perceived throughout history.”

Strelcova opened the plant store in Zizkov, a working-class neighbourhood transformed by hip restaurants and pubs. She and Antih founded their nonprofit, naming it after Tadeas Haenke, an 18th-century Czech botanist, traveller and music lover. In off hours, the retail space became a “phyto lab” where they held workshops about using plants in homemade cosmetics or treatments, and hosted concerts among the plants.

Haenke teamed up with architect Juras Lasovsky for its first project, the installation of potted grasses on a central Prague square. Their work was nominated for the Czech Architectural Award in 2018. “We wanted to show a place can be totally transformed when you invite some greenery in,” Strelcova said. “The empty space you just walk through became a relaxation spot.”

Strelcova cites the late neurologist Oliver Sacks, who credited greenery with easing some immediate signs of Parkinson or Tourette’s syndrome and wrote that music and gardens are vital for patients with chronic neurological diseases.

In her podcast, Phytophilia, she interviewed a practitioner of the Japanese practice of shinrin-yoku, or forest bathing, whose adherents believe spending time in the woods bolsters immunity and lowers markers of stress. Yet she stops well short of pitching plants as a cure-all, prioritising modern medicine over herbal treatments or essential oils for serious diseases.

When the pandemic put a temporary halt to the retail business and Haenke’s public events, Strelcova and Antih pivoted. The country desperately needed protective health-care gear and sanitisers, and Antih, with pharmaceutical training and access to a lab, began producing disinfectants. Haenke used crowdfunding to raise money for ingredients such as ethanol, which required approval from several governmental bodies.

During a sanitiser delivery, Strelcova says she was struck by the “sad and depressing” surroundings in nursing homes — including one where 40 residents were locked down with only masked staff members for company. Turning again to public fundraising, Haenke helped raise money to bring in an array of plants, choosing varieties that would not require high maintenance by staff.

The effort was uplifting, said Radek Husek, the head of the facility, the Social and Respite Care Centre in Prague’s Letna neighbourhood. “Our elderly usually spent significant portions of their lives in nature and they still need some connection with it,’’ he said. “We had a former mountaineer to tell us how he used to photograph plants in the mountains.’’

Strelcova said that her plant store eventually did a booming business during the pandemic from online sales and kerbside pickups. Some buyers were homebound, with little contact with nature, she said. Others turned to gardening to temper pandemic stress, telling her they drew satisfaction from time spent repotting plants.

“Maybe when we show people what the house plants can do, it will induce them to take better care of nature,” she said. “The pandemic deprived us of both culture and nature, only to make us realise how much we need them.”

With retail sales easing back again, Strelcova says she sees an opportunity for post-pandemic growth in supplying commercial clients, so she is planning to focus the business side of her operations there. She and Antih are planning to turn the retail storefront in Zizkov into a space for expert talks and a lab for Antih’s skincare projects.

“The shop became what it is meant to be — a gateway to greenery,’’ she said.

DUMA GQUBULE: How China has chased away poverty by chasing growth

MARIKA SBOROS: Opinions inflamed over the cause of heart disease

DUMA GQUBULE: How China has chased away poverty by chasing growth

MARIKA SBOROS: Opinions inflamed over the cause of heart disease