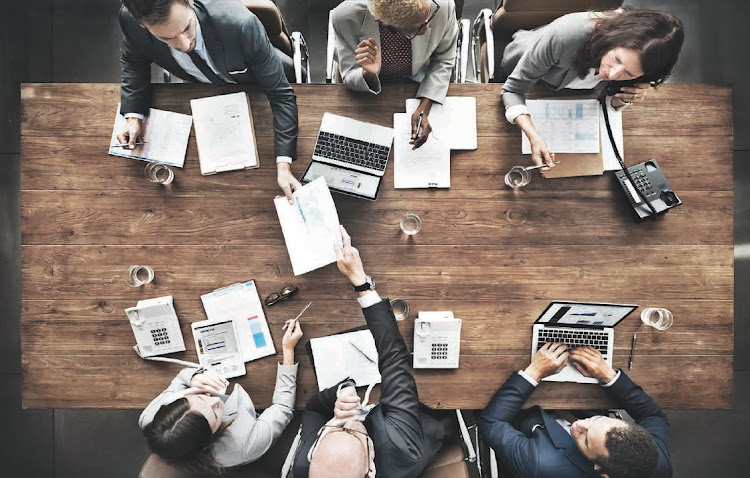 It’s not every day that a FTSE 100 boss tells you about her nightly hot flashes.

But for 45-year-old Liv Garfield, the CEO of British water utility Severn Trent, it’s a way to demystify a natural phenomenon affecting menopausal women — a growing cohort at companies around the world. With menopause driving scores of women out of the workforce each year, addressing it is essential, says Garfield.

“To not employ swathes of women from 45 to 60 has got to be a real issue — otherwise you’re missing all the insight from that particular generational category,” she said in an interview. Her company was among the pioneers of “menopause education” in 2018.

Symptoms of menopause start in women between the ages of 45 and 55, or earlier in rare cases. Menopause — which begins when a woman has gone 12 months without a menstrual period — can bring hot flashes, night sweats, loss of sleep and mood swings. That can lead to embarrassing episodes in front of colleagues, reduced ability to concentrate and even erratic behaviour . Some women will have no issues or mild ones. For others, the effects can be debilitating.

Women in this age group account for 11% of the workforce in the Group of Seven most-industrialised nations, having steadily risen over the last three decades. Globally, menopause-related productivity losses can amount to more than $150bn a year, according to Reenita Das, a partner and senior vice-president for healthcare and life sciences at consulting firm Frost & Sullivan. Plug in the additional costs to the healthcare system and the total price tag of menopause could be higher than $810bn, she said. Das said those numbers will continue to rise, with about a quarter of the world’s female population turning menopausal in 2030.

Some governments and companies are beginning to take note.

The UK is leading the way, with menopause landing on the Bank of England’s radar. Governor Andrew Bailey said in April that, though previously not considered “part of the world of work,” menopause can no longer be ignored. On Wednesday, Labour lawmaker Carolyn Harris called for a “menopause revolution” with an all-party parliamentary group set up to overhaul “menopause rights, entitlements and education.”

While Japan is another country that has begun to confront the issue, elsewhere this swelling demographic group has yet to draw adequate attention. In the US, menopause in the workplace isn’t part of the conversation.

On the eve of the Covid-19 crisis, employment among 50-to-64 year-olds in the UK was 73%, the highest since records began in 1975. The number of women has grown almost twice as fast as men, with the female state-pension age raised and more of them working longer to make ends meet after the financial crisis.

The economic impact during the pandemic on this group of women was worse than in any major crisis period since the 1980s, a report by the Resolution Foundation think-tank found. Many of the women forced to quit their jobs may have been in “precarious or low-paid work — or have taken on debts during the pandemic — so this will have a knock-on effect,” said Nikki Pound of the UK Trades Union Congress.

Even before the pandemic, menopause was driving some women out of the workforce. A 2019 survey — released in May — by the Chartered Institute of Personnel and Development, or CIPD, a London-based association for human resource management professionals, reckoned almost 900,000 women in the UK left their jobs over an undefined period of time because of menopausal symptoms. Left unsupported, women will be leaving “at the peak of their experience” and will “impact productivity,” said the CIPD’s Rachel Suff.

With women in that age group likely to be eligible for senior management roles, their exit can dent C-suite diversity. It also contributes to the gender pay-gap and feeds into a disparity in pensions, said Jo Brewis, a professor at the Open University.

The CIPD found that three in five menopausal women were negatively affected at work. Many don’t disclose symptoms to a male or younger manager, according to a 2017 UK government report. Unlike pregnancy, menopause is not commonplace in HR policy, it said.

At Severn Trent, efforts to address the menopause question began with removing the British stiff upper lip in conversations about the topic. The second phase included flexible hours and better access to washrooms and fans.

Other companies with female leaders, including Alex Mahon, 45, CEO of Channel 4, and Emma Walmsley, 52, CEO of GlaxoSmithKline, have introduced similar measures. The drugs giant, half of whose female employees are over 45, established a menopause support group at its global headquarters in the UK in 2019.

“From a standing start of five years ago — when there was absolutely nothing in the UK — we’ve made progress,” said Deborah Garlick, founder of Henpicked, a campaign group on menopause in the workplace.

Women can now bring menopause-related cases for age or sex discrimination under the 2010 Equality Act. At BlackRock Inc., the world’s biggest fund manager, executive Rachel Lord backed a petition calling on the UK government to mandate that employers with more than 250 workers have menopause policies. London Mayor Sadiq Khan added the idea of “menopause leave” in his re-election campaign manifesto. It’s set to be introduced at City Hall in the coming months.

“Employers need to wake up in order to minimise their legal and reputational risk,” said Emma Clark, employment partner at Keystone Law.

Meanwhile, Garfield — one of a handful of female CEOs at Britain’s 100 biggest companies — is calling on women to speak up rather than throw in the towel.

“Be clear if you’ve had a rubbish night’s sleep, because there will be lots of other women going through exactly the same thing,” she said.

Midlife crisis may rule out a mistress

More broccoli is one solution doctors prescribe along with hormone replacement to treat andropause, writes Yvonne Fontyn
Life
4 years ago

Clubhouse, for those of you who haven’t cracked the invite — and it is by invite only — is the new big thing
Opinion
1 year ago
Next Article