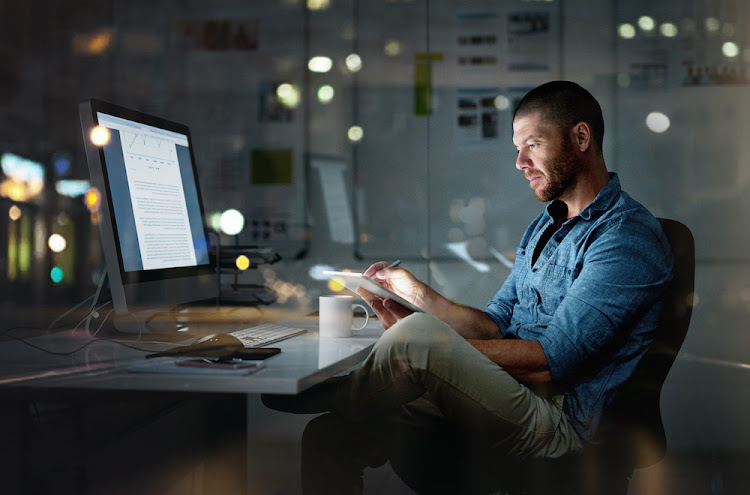 London — Imagine for a second that the pandemic is over. Global travel has resumed, Covid-19 hotspots are a thing of the past and companies are actually keeping a promise some have been making lately: to allow remote work from anywhere in the world, at least for a few months a year.

Then envision a Londoner, a New Yorker and a Hong Konger walking into a bar. Let’s say it’s in Rio de Janeiro. They all make the same salary — $100,000 — and have been allowed to work remotely from Brazil for two months.

Once they’ve put down their caipirinhas and returned home from their stints abroad, who will owe the most in taxes?

That’s the thorny question staff and their employers are trying to determine as they plot out their post-pandemic work arrangements. Despite continued uncertainty and uneven hiring, the job market is tightening in many countries, and firms — particularly start-ups — are eager to attract new talent with remote-work options.

According to Robert Salter of tax and advisory firm Blick Rothenberg, our remote worker from New York could face the highest bill, while the Londoner could have nothing extra to pay. However, this assumes all three fill out their Brazilian taxes on time in accordance with regulations and — perhaps most importantly to avoid costly mistakes — in Portuguese.

And he warns of a worst-case scenario for this new generation of jet-setters: being required to file multiple tax forms in different countries while also losing any benefits from tax treaties between jurisdictions.

“It could be a disaster,” he says. “You could have to do four or five tax returns.”

Now, companies from London to New York and Toronto to Berlin are formalising and even extending their Covid-19-era flexible-work options, often with liberal limits on where employees can commute from and how long they can do it for.

A native of Venice, Italy, Miotto was hired by Droplet last year. Since then he has worked all across his native country, from Puglia to the Alps. Over the past few months, he has been hopping across Spain’s balmy Canary Islands, with stints on Fuerteventura, Lanzarote, Gran Canaria and Tenerife.

“This is more than a gimmick,” says Nick Bloom, an economics professor at Stanford University who has studied work-from-home trends. “This is a pretty valuable lifestyle offering that may be the only way you can hire good people.”

Revolut, one of Europe’s most valuable start-ups, earlier this year announced that its 2,000 staff would be allowed to work abroad for up to two months a year.

Chiara Baroni, a communications manager at Revolut who is usually based in Berlin, said she took advantage of the policy change to work from the island of Tenerife. (There, incidentally, she met Miotto and many other start-up workers.)

Paddle, a London-based start-up with about 130 employees in the UK, is also shifting to allow employees to work from anywhere including abroad, according to senior people partner Alison Owens.

The company will manage its employees abroad via a professional employer organisation, which manages certain human resources functions for firms. It recently brought on its first employee under such an arrangement in Spain.

Many companies are turning to such outside firms for help with a remote workforce. Payroll start-up Deel has seen demand surge in the last year for its services managing staff abroad with a mix of software, local accounting experts and even foreign exchange hedging.

“Hundreds of companies are coming to us a day,” says COO Dan Westgarth. “It’s operationally intensive.”

That strikes at the challenges of work-from-anywhere policies. Untested at scale, such perks come with big risks for staff and companies at a time when governments are wising up to cross-border commutes and in dire need of tax revenue.

“There can be some quite nasty situations out there,” says tax adviser Salter.

Employees who work abroad even for just a few weeks may find themselves liable for taxes in overseas jurisdictions, he says. Many countries have double-taxation agreements in place to avoid excess taxation. But such agreements may only apply to federal taxes and not city or state obligations that are common in many parts of the US or social-security liabilities common in Europe.

Cash flow could also become a problem if countries promise refunds but only after you’ve paid in multiple countries, Salter says. And firms that allow too many employees to work from the same foreign country could find themselves obliged to pay local corporate taxes.

His best advice? Consult carefully with your firm and avoid taking advice from “the person in the pub”.

“A lot of times you hear this myth that if I don’t spend 180 days in a country I’m safe. That’s nonsense and is very, very dangerous,” he says.

With all these issues in mind, Salter calculated the obligations of that hypothetical Londoner, Hong Konger and New Yorker working for two months in Brazil, taking into consideration the different reciprocity rules between these jurisdictions.

The New Yorker could end up paying $1,648 more than if he’d simply remained in New York for the two months. That is largely because Brazil’s 25% flat tax rate for non-residents is higher than the US federal rate of 24% and because New York State and New York City don’t provide tax relief for Brazilian liabilities.

The Hong Konger could owe an additional $1,334 for working two months in Brazil because of the latter’s higher taxes.

For the lucky Londoner, the 40% UK tax rate for her salary is higher than Brazil’s and the UK could provide full relief for the Brazilian taxes paid.

As for Miotto, the iOS developer, he says he is watching his tax status carefully. His firm gave him the option to either live in the UK and become a tax resident there, or to work as a contractor based in Italy. He chose the latter, which has meant greater clarity on his tax status because he has been working in EU countries and didn’t have to grapple with Brexit uncertainty.

However, he is looking to go further afield. Thailand, Indonesia and SA are all on his list in the months ahead. If expert guidance is any indication, he will need to keep a careful eye on his tax records.