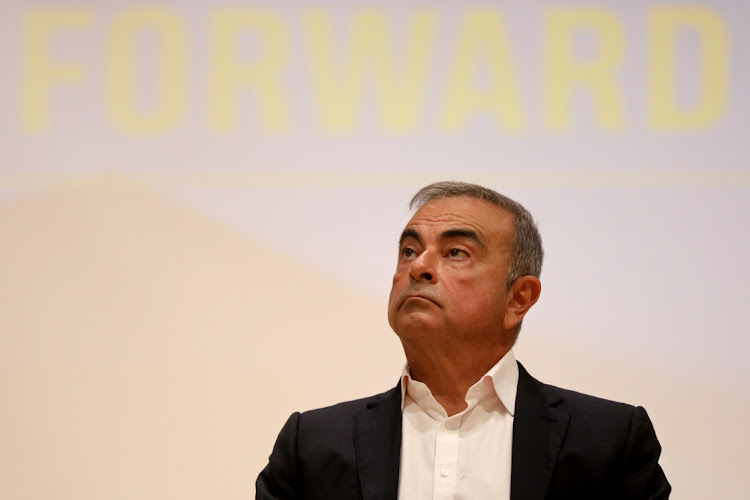 Two Americans charged with helping former Nissan Motor Co. Chairman Carlos Ghosn flee trial in Japan a year-and-a-half ago are now set to appear at their own hearing at the Tokyo District Court on Monday.

Michael Taylor, 60, and Peter Taylor, 28, have been charged with helping Ghosn illegally escape Japan in December 2019, where he was facing charges of financial misconduct. The former executive, who has denied prosecutors’ accusations of understating income and using company funds for personal use, was smuggled out of Japan in a case for audio equipment and ended up in Beirut, where he now resides.

In March, the father-son duo were brought to Japan to face charges in a rare case of extradition that was seen as a much-needed victory for Japan’s justice system after the made-for-movies escape by the former auto executive. Later that month, prosecutors formally charged the two with aiding Ghosn.

The Taylors’ case in Tokyo is the latest addition to multiple legal proceedings around the world left in Ghosn’s wake. Former Nissan director Greg Kelly is now standing trial in Tokyo for allegedly helping to understate Ghosn’s compensation and Nissan is suing Ghosn for 10 billion yen ($95 million) in damages in a separate suit that’s proceeding slowly in Yokohama. French investigators have been questioning Ghosn in Beirut on accusations he siphoned Renault SA funds, and last month the former executive was ordered to pay almost 5 million euros ($6 million) to a local unit of Nissan in a case in the Netherlands.

In the months since their arrival, the Taylors have been held in a facility on the outskirts of Tokyo. There, they’ve been questioned by prosecutors and blocked from speaking with press.

A former Green Beret, Michael Taylor has never denied his involvement in Ghosn’s escape, and even described how he executed the operation in an interview with Vanity Fair before he was arrested. A longtime security consultant, Taylor said he had been planning the operation for months.

And while Michael Taylor has asserted that his son had no role in the escape, their legal team didn’t raise that issue in court until after their extradition was authorised in the US. The Taylors’ lawyers had claimed that what the pair did was help an individual “jump bail,” which isn’t a crime in Japan, they argued.

If convicted, the Taylors face a maximum of three years in prison on charges of harbouring or enabling the escape of a criminal. The Japanese legal system will be “tough but fair” with the Taylors, said William Cleary, a professor at Hiroshima Shudo University who specialises in Japanese criminal law. They probably won’t get the maximum sentence, he said.

If the Taylors are convicted, it’s not clear whether they’ll get credit for the time they already served in the US. The State Department said it would inform the Japanese government of the amount of time the Taylors had served so that it could be factored into any sentence imposed, according to a letter seen by Bloomberg News.

— Bloomberg News. For more articles like this please visit Bloomberg.com.

Here are details of the case and what is at stake for former chair of Renault, Nissan and Mitsubishi
World
1 year ago

Ghosn’s defence team will appeal against the ruling, which was rendered without hearing evidence from him and other key witnesses
Companies
1 year ago

Renault missed out on the shift to SUVs, clinging instead to sedans and hatchbacks, which offer far thinner profit margins and face stiff competition ...
Companies
1 year ago

After eight months of testimony, Greg Kelly is set to take the stand on charges of helping Ghosn underreport his earnings when CEO of Nissan
World
1 year ago
Next Article