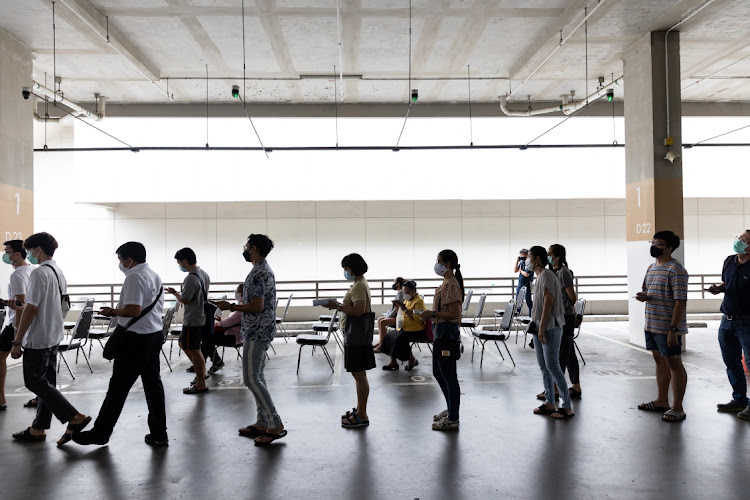 People wait in line to register for the AstraZeneca Plc Covid-19 vaccine at a vaccination center set up at the Central Eastville shopping center in Bangkok, Thailand, on Monday, June 7 2021. Picture: BLOOMBERG/LUKE DUGGLEBY

Geneva — The head of the International Labour Organization on Monday described the impact of the Covid-19 pandemic on the world of work as “cataclysmic” and much worse than that of the 2008 financial crisis.

Speaking at the opening of the ILO’s two-week ministerial conference, director-general Guy Ryder also warned of an uneven economic recovery after the pandemic, partly fed by inequities in vaccine distribution.

“The impact has been devastating, cataclysmic,” he said. “Taken as a whole this represents a world of work crisis four times as severe as the one triggered by the financial crisis of 2008-2009.”

The UN agency last week said that at least 220-million people were expected to remain unemployed globally this year and that pandemic-linked job losses would not be made up until at least 2023.

“As we increasingly look to the recovery process with some economies growing quickly, very quickly and jobs now being created at great speed, I think we need to be conscious about just how uneven recovery will be if it continues on its current trajectory,” Ryder said.

Few industries will escape being either reformed, restructured or removed. The pre-Covid-19 economy is gone
Opinion
5 days ago