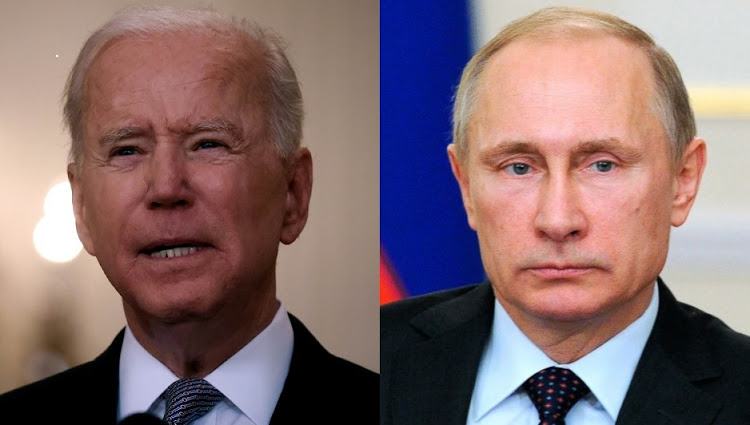 President Joe Biden will meet Russian President Vladimir Putin in Geneva on June 16 for their first in-person session since Biden took office, amid deep tensions between their two nations.

“The leaders will discuss the full range of pressing issues, as we seek to restore predictability and stability to the U.S.-Russia relationship,” White House Press Secretary Jen Psaki said in a statement Tuesday.

Russia’s cyberattacks, military aggression and human rights abuses are among the issues on Washington’s agenda for the meeting, which comes at the end of Biden’s first trip overseas since taking office. The travel includes a stop in the UK for a G7 meeting and in Belgium for a Nato summit with defence alliance leaders.

A statement from the Kremlin said that the two leaders will “discuss the current status and prospects of Russian-American relations, issues of strategic stability, as well as issues on the international agenda, including cooperation to fight the coronavirus pandemic and resolve regional conflicts.”

Biden is working to change the US stance on Russia following tumultuous years under Donald Trump, whose approach was clouded by a lengthy investigation into accusations of Russian interference in the 2016 US presidential contest. Trump’s administration hit Russia with a barrage of sanctions, but the president himself rarely criticised Putin and backed his claim that Moscow didn’t interfere in the election.

Putin’s aggression towards neighbouring countries and his treatment of political opponents have led to US financial sanctions against Russia and Putin’s associates. Biden called Putin a “killer” in an interview earlier in 2021, prompting the Russian president to recall his ambassador to Washington and challenge Biden to a televised live debate.

Despite their tensions, the leaders have signalled an interest in negotiating a new nuclear arms reduction pact.

“This allows us to hope that through starting a serious, concrete dialog on practical, not invented issues and common threat and risks, we can count on clearing away some irritants, if both sides make an effort,” Lavrov said. “It won’t be fast and it won’t be easy.”

The summit is a diplomatic win for Putin since it is a clear acknowledgment that Biden knows he must deal with the Russian president, said Fyodor Lukyanov, head of the Council on Foreign and Defence Policy, which advises the Kremlin.

“For Moscow, ties with the US have always been the top priority,” Lukyanov said by phone. “Biden is returning to the traditional approach, recognising Russia’s importance in key areas after the insult of being effectively ignored under Trump.”

While the meeting won’t likely repair the fraught relationship, it should succeed in bringing their confrontation into a “managed phase after a period of anarchy in recent years”, he said.

Moscow’s views of the West are fuelled by a sense of grievance and suspicions of a hidden agenda that involves weakening Russia and promoting a pro-democracy revolution to topple Putin. By this account, the US and its Nato allies have repeatedly betrayed the Russians, abandoning missile treaties and expanding ever closer to its borders.

Since Biden took office, he’s imposed additional sanctions on Russia in response to the poisoning and detention of Putin opponent Alexei Navalny. He’s poised to sanction Belarus — whose leader Alexander Lukashenko is close to Putin — after Lukashenko’s regime forced a Ryanair flight to land in Minsk on Sunday to arrest a political dissident aboard the aeroplane.

The Putin-Biden summit will be the first between American and Russian leaders since July 2018, when Trump met Putin in Helsinki and said he believed the Russian’s president’s assertion that he didn’t interfere in the 2016 election — a stance that contradicted US intelligence findings.

The complex dynamics of the region, including Ukraine wanting to be part of Nato, mean a prolonged confrontation is likely
World
1 month ago

The US has announced an array of economic sanctions against Russia, but not when they will come into effect
World
1 month ago