Countries push back at WTO ending subsidies for fisheries

Despite 34% of global fish populations being overexploited, the big fishers want the same treatment as the small fry 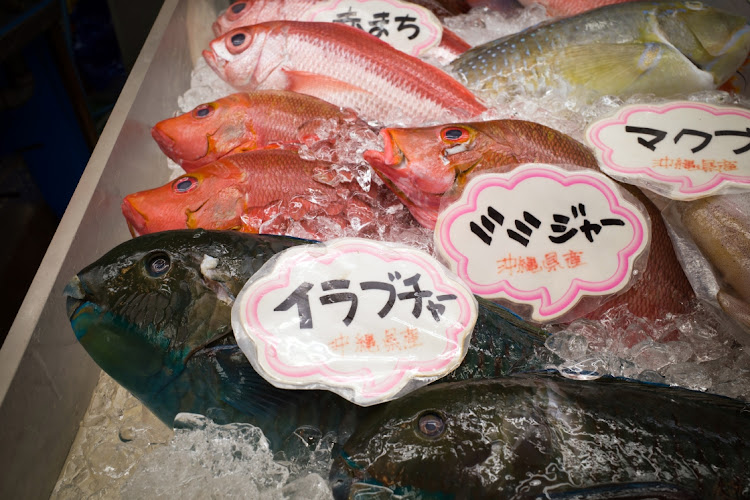 Portland — After 20 years of negotiations, the World Trade Organization (WTO) is accelerating an effort to end $22bn in government subsidies that prop up fishing industries — a key driver of plummeting fish stocks all over the world.

Now, some 34% of global fish populations are overexploited, according to the UN Food and Agriculture Organization. In the least developed countries, fish make up more than 25% of protein consumption; in coastal communities, it can be up to 80%. Yet, the wealthiest countries subsidise industrial fleets that outcompete small-scale fishermen in poorer nations.

Unless something is done, environmentalists warn that the pace of overfishing threatens an unprecedented global hunger crisis and ecological disaster.

This year, new WTO director-general Ngozi Okonjo-Iweala, a Nigerian economist who is both the first woman and African to hold the position, made the issue her top priority — with a conference set for July that could help seal an international accord. Isabel Jarrett, manager of the reducing harmful fisheries subsidies programme at The Pew Charitable Trusts, said of the negotiations: “We are closer to an agreement than ever before.”

But bids by several nations for exemptions and loopholes could jeopardise its effectiveness at a critical moment for the planet’s oceans.

Nations intent on protecting food access and local economies have been pouring money into fishing for decades, encouraging the continued depletion of resources by enabling struggling fisheries to expand.

In the 1970s, only 10% of the world’s known fish resources were overfished, a figure that has since more than tripled. Nevertheless, the industry continues to catch the same amount of fish as it did decades ago: the global marine catch has been about 81-million tonnes a year since the 1990s.

Much of that is driven by subsidies.

Ironically, reducing fishing pressure will allow stocks to rebound, improving global food security — a critical consideration given the global population has climbed by more than 2.4-billion since 1990. If governments ended subsidies, more than 35-million tonnes of fish — or 12.5% of all the fish in the sea — could be restored by 2050, according to researchers.

“In the short term, providing funds to build a new boat or to reduce the cost of fuel seems positive, but it is simply encouraging fishers to overfish,” said Jarrett. “There will likely be some short-term pain in some places, but an agreement will enable us to have long-term sustainability of fish stocks.”

National efforts to protect fishing industries by encouraging boatbuilding stretch back to the 1950s, said Andrés Cisneros-Montemayor, a resource economist at the University of British Columbia. These days, the top five biggest providers of subsidies are China, the US, the EU, Japan and South Korea — which, combined, dole out more than 50% of fisheries subsidies.

“We totally overbuilt our capacity to fish. There was still the idea that the oceans were somehow inexhaustible,” Cisneros-Montemayor said of early efforts to encourage fishing. “Now, subsidies are required to maintain a profit in [many] fishing communities.” Without subsidies, as much as 54% of ocean fish stocks wouldn’t be profitable, according to one 2018 study.

Retailers seeking to mollify environmentally conscious consumers are pushing for an end to subsidies as well. Walmart, for example, has set a goal of having all fresh and frozen fish it sells certified by the Marine Stewardship Council, a group which promotes sustainable fishing. “There are too many boats and not enough fish,” said Sarah Thorn, senior director of global government affairs at Walmart. “It’s frustrating for us that governments using subsidies undermine the work we are doing.”

Thorn co-authored a World Economic Forum opinion essay last September calling for approval of the WTO deal, and lamenting the lack of policies that could turn trade strategies into environmental solutions. But the proposed accord faces some big obstacles: the signatories themselves.

The world’s nations have already shown a willingness to ignore such global mandates. A 2020 deadline set by the UN sustainable development goal 14.6, which also sought to bar fishing subsidies, has come and gone unfulfilled. In current negotiations, entrenched positions by some countries seeking exemptions “risks ensuring the status quo is maintained because the biggest subsidisers aren’t willing to take on significant responsibilities”, Jarrett said.

One sticking point in the WTO talks has been the type of deference or exemptions granted to less-developed nations. When it comes to regulating these subsidies, “if developing and least developed countries are excluded, that’s obviously going to be an issue,” said Daniel Voces de Onaíndi, MD of Europêche, a European fisheries lobby. “We do not want countries to water down the agreement.”

For example, he noted widespread concern that China, which has the largest distant-water fishing fleet in the world and is the biggest subsidiser of fisheries, will opt to continue negotiations self-designating as a developing country. And despite the prospect of the WTO deal, the Russian government has enacted an incentive programme to upgrade their fleet and bolster its shipbuilding industry. Some 43 Russian fishing ships are to be built by the end of 2025.

EU nations and others are seeking exemptions by claiming their existing policies for managing fish stocks are sufficient, said Ignacio Fresco Vanzini, a marine policy consultant based in Madrid, Spain. The EU, for example, points out that it has reduced its number of fishing boats by 22,000 — though 75% of fish stocks in the Mediterranean remain overfished. There is some concern that, given the varying positions of some nations, the push for a WTO deal by this northern hemisphere summer could result in a less substantive accord.

“We accept slow reduction of subsidies, but not this notion that [developing countries] should be completely excluded,” said Vanzini. “A developing country will never be able to develop a fishing fleet to compete with China or the EU, and it is worthless if there is no more fish at sea.”

Seafood From Scotland said prices for many species have fallen as much as 80% in the UK and so the long sail is worth it, for now
World
9 months ago