America’s contribution to the global climate agenda goes far beyond its domestic goals; its influence on the world stage gives it an unparalleled ability to steer the conversation 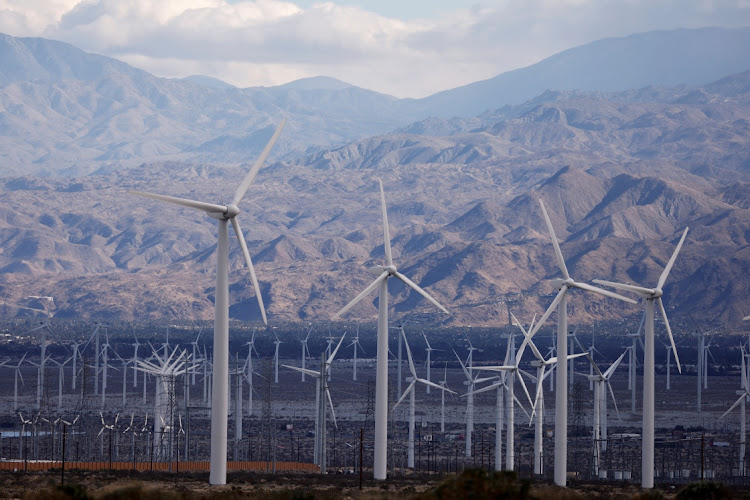 Sydney — US President Joe Biden is making a strong push for climate justice at home. It’s less clear how much of that commitment he’ll take to the international stage.

Biden has invited 40 world leaders, including China’s Xi Jinping and Russia’s Vladimir Putin, to the White House later this month to discuss how they can work together to slow global warming. Bloomberg reported that the Biden administration may double its Paris Agreement commitment ahead of the meeting.

America’s contribution to the global climate agenda goes far beyond its domestic goals, and even beyond the new promises it can coax out of other big emitters. Its influence on the world stage gives it an unparalleled ability to steer the conversation.

Biden committed to delivering environmental justice in the US and overseas in a January executive order. His jobs-and-infrastructure blueprint includes grants and activities to help communities disproportionately burdened by pollution. The US has also reached out to other countries to address making corporate taxes more fair.

There are promising signs of progress on the first count. US treasury secretary Janet Yellen has expressed support for a new allocation of special drawing rights (SDRs) — the unit of currency at the International Monetary Fund (IMF). This would directly boost the balance sheets of many developing countries badly hit by the pandemic but which can’t access the same financing as wealthy nations.

Ending support for fossil-fuel projects via export credit agencies would also be a powerful move, adding to UK and EU commitments and increasing pressure on the few other major financers

Since then the other G7 countries have joined Yellen in suggesting that richer countries reallocate their SDRs to emerging countries, and at this week’s spring meetings, IMF MD Kristalina Georgieva said they could be directed not just to the poorest countries, but also to middle-income countries that are excluded from emergency relief.

Financial support from developed countries has always been critical to the planet’s climate fight, and for some, SDRs won’t be enough. The poorest countries have contributed the least to global warming, yet they tend to be the most vulnerable to its effects. In 2010, rich countries promised to contribute $100bn a year to climate finance by 2020. They missed the deadline.

Those funds are more crucial than ever as many poorer nations contend with coronavirus-induced economic shocks. Grenada, the tourism-reliant Caribbean state, said in its November climate pledge that it will require “grants and other concessional finance” to implement the policies.

Biden’s January executive order also instructs US agencies and top officials to deliver a “climate finance plan”. World Resources Institute’s Joe Thwaites has written that this should include resuming and doubling the US contribution to the Green Climate Fund and commencing funding for new multilateral initiatives, such as the Adaptation Fund and Least Developed Countries Fund.

Ending support for fossil-fuel projects via export credit agencies would also be a powerful move, adding to UK and EU commitments and increasing pressure on the few other major financers, such as Japan, to follow suit.

The outlook is bleak for the dozens of countries that have fallen into debt distress since Covid-19. G20 finance ministers said on  Wednesday that a programme to provide some relief on debt repayments would end this year, despite developing countries asking for an extension into 2022.

A request to include middle-income countries, home to tens of millions of people who’ve fallen out of the middle-class and below the poverty line, was also denied.

The US can’t single-handedly set policies at multilateral forums. There are two particular areas, however, where it can make a difference, along with other major Western powers, such as the UK

Both were among a handful of countries that opposed the adoption of sovereign debt restructuring principles in 2015. Covid-19 is a perfect demonstration of why such a system is necessary — an unforeseen disaster that wiped out many nations’ abilities to make payments without eating into their social protection and healthcare budgets.

The second is to bring private creditors to the table in debt relief negotiations. The US and UK are home to most of the world’s biggest emerging-market debt managers, and to the courts where most sovereign bond contracts are litigated, often to the detriment of debtor countries. The two nations could have some agency in setting more favourable terms.

Such reforms are hardly radical; they are supported by officials from the IMF and World Bank, academics, and developing countries themselves.

These measures might require upsetting some local constituencies, but if the world’s biggest economy is back truly in the game, the climate crisis demands it take bolder action.

Investors have long called for globally comparable disclosures to stop greenwashing, and the Financial Stability Board is listening
World
1 month ago

The creation of Thungela Resources and a cash injection of R2.5bn creates a new listed SA coal company
Companies
1 month ago

Allocation of SDRs is heavily skewed towards the bigger and richer countries, but the increase will be good for SA
World
1 month ago
Next Article