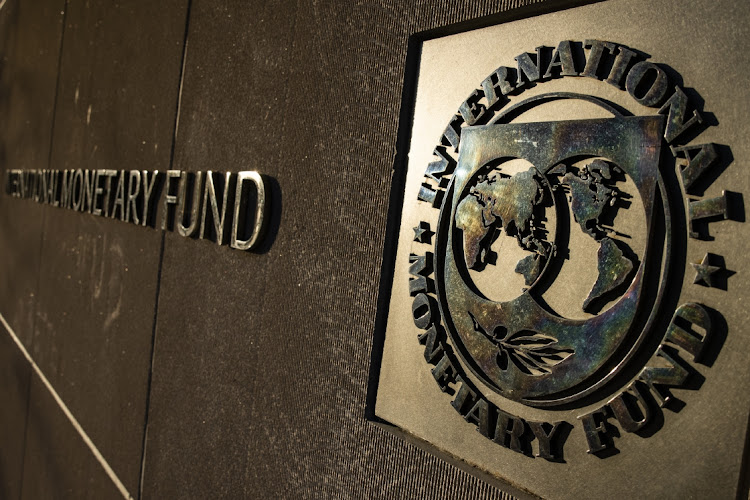 Rome  — World finance chiefs on Wednesday backed a plan to boost reserves at the International Monetary Fund (IMF) by $650bn (R9.46-trillion) and extend a debt-servicing freeze to help developing countries deal with the coronavirus pandemic, according to a Group of 20 communiqué.

Finance ministers and central bank governors from the world's 20 biggest economies also revived a pledge to fight trade protectionism — a reference that had been dropped since 2017 at the insistence of former US president Donald Trump's administration.

The communiqué also sharpened language on tackling climate change, a topic watered down in G20 statements during the Trump era, and showed progress in moving towards adoption of a global minimum corporate income tax by July following work in the Organisation for Economic Co-operation and Development (OECD).

“We will further step up our support to vulnerable countries as they address the challenges associated with the Covid-19 pandemic,” the G20 said, reiterating they would keep fiscal and other economic support in place for as long as necessary.

“We call on the IMF to make a comprehensive proposal for a new Special Drawing Rights (SDR) general allocation of $650bn to meet the long-term global need to supplement reserve assets.”

Expanding the IMF's reserves, or SDRs, would boost liquidity for all members, without adding to the debt burden of the roughly 30 countries already in or facing debt distress, finance officials and economists said.

The G20 also agreed to a final extension to the end of 2021 of the Debt Service Suspension Initiative, meant to free cash in developing countries to fight Covid-19.

More than 250 faith groups and non-profit organisations urged G20 leaders, the White House and the IMF to go beyond a suspension to actually cancel debt and expand debt relief for developing countries, in a letter to be delivered on Wednesday.

The G20 said debt assessments would be made on a case-by-case basis.

In a joint statement on Wednesday, Mexico and Argentina urged greater debt relief for middle-income countries, saying it could prevent a debt crisis emerging on the back of the pandemic.

But Italy, which holds the G20 presidency, said there was no discussion of extending the common debt framework to those countries.

The IMF on Tuesday raised its 2021 global growth forecast to 6%. But, pointing to a dramatic divergence between the outlook for the US and much of the rest of the world, it said the pandemic could reverse years of progress in reducing poverty.

The G20 also backed equitable access to Covid-19 vaccines and encouraged efforts to rapidly step up the production and distribution of shots, without which there would be no stable and lasting recovery.

“In this regard, we recognise the role of Covid-19 immunisation as a global public good,” the G20 said.

The G20 gathering, which was held as global finance officials meet virtually for the IMF and World Bank spring meetings, also gave US treasury secretary Janet Yellen a chance to press for a global minimum tax on corporate profits.

IMF officials on Wednesday endorsed US President Joe Biden's plan to raise corporate income taxes and negotiate a global minimum tax, adding that companies and rich individuals who have prospered during the pandemic could afford to pay more.

The G20 expect a deal by July on where large multinational companies, including digital giants such as Google, Amazon or Facebook, should be taxed and at what minimum rate.

At Yellen's wish, the G20 also removed a reference in the communiqué to stable exchange rates first inserted by the Trump administration, reverting to phrasing that emphasises the importance of underlying fundamentals.

Japanese finance minister Taro Aso said there was no change to the G20 finance leaders' stance on currency rates, despite some modifications to the language in the communique.

“We clarified in written form the G20 nations' thinking on currency rates. It's a clarification, not a change, in our stance,” Aso told reporters.

Allocation of SDRs is heavily skewed towards the bigger and richer countries, but the increase will be good for SA
World
3 months ago

According to Oxfam, an SDR allocation of $500bn would enable low-income countries access to $19bn collectively
Opinion
4 months ago

Measures are needed to avert  a 'dangerous and permanent divergence in the global economy', says US treasury secretary
World
5 months ago