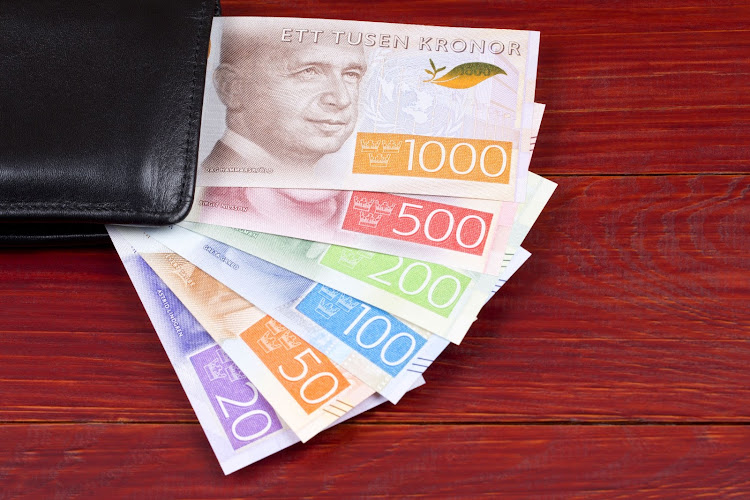 Stockholm — Sweden’s central bank will bring in banks in the coming year to test how its proposed digital currency — the e-krona — could handle commercial and retail payments in the real world, it said on Tuesday.

Central banks around the world are looking at launching central bank digital currencies (CBDCs) in response to a decline in the use of the cash they print and as a way of speeding up domestic and international payments.

Up to now, the e-krona pilot has only been simulated within the Riksbank, but will be broadened to include participants like commercial banks in the next phase of the project, the central bank said.

“The technology provides new possibilities ... but is untried when it comes to processing retail payments at the magnitude and with the safety level required,” the Riksbank said in a statement accompanying a report on a pilot study’s findings so far.

The pilot has been running for a year, with the aim of testing out possible designs for a publicly used e-krona in Sweden.

The Riksbank said it could not yet confirm which banks or payment providers would assist in its next phase of testing, but said the purpose is to evaluate how the e-krona could be used for both large commercial and small retail payments.

A survey in January by the Bank for International Settlements said central banks representing one-fifth of the world’s population are likely to issue their own digital currencies in the next three years.

Many central banks see CBDCs as a means of warding off competition from cryptocurrencies and maintaining a central role for public authorities in the payment system.

So far, most central banks have only got as far as researching CBDCs. Only the Bahamas has launched one, and Sweden and China are the only other nations to have begun testing.

The Riksbank said its pilot e-krona was based on a blockchain technology called distributed ledger technology, but that no final decision had been made as to the final form a Swedish CBDC would take.

Customers who hold bitcoin, ether, bitcoin cash and litecoin in PayPal digital wallets can convert their holdings into fiat currencies at checkout
Companies
2 weeks ago

This digital currency is changing society, just like the printing press and the steam engine, writes Rob Price
Companies
3 weeks ago

The move comes as major finance firms, including BNY Mellon, BlackRock and Mastercard, have embraced some digital coins
Companies
3 weeks ago
Next Article

The upsides and downsides of adopting stablecoins

The upsides and downsides of adopting stablecoins