Bizarrely, the DG of the WHO is himself questioning the report and says the chance that it came from a lab needs to be thoroughly vetted 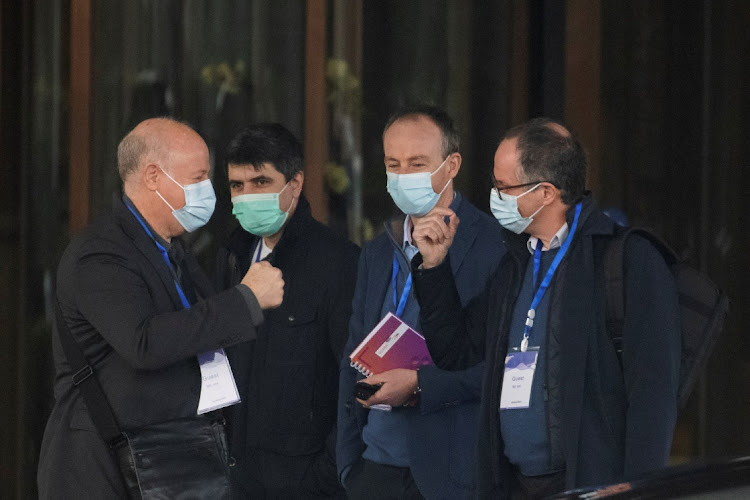 Minneapolis/Melbourne — Nearly three dozen scientists vetted by the World Health Organization (WHO) and the Chinese government gathered in Wuhan, China, earlier this year to start the arduous task of finding the origins of Covid-19 and determining how it spread like wildfire around the world.

Six weeks after that trip, the working group delivered an analysis that laid out four possible scenarios and recommended next steps for digging deeper to find the pandemic’s genesis. The 123-page report, and a nearly 200-page supplement, was immediately engulfed by criticism, with a dozen nations including the US, the UK and Japan questioning its structure and insights.

The most unexpected detractor was WHO director-general Tedros Adhanom Ghebreyesus, who helped negotiate the details of the trip and agreed to the scope of the work back in July. He said the theory that the virus escaped via a laboratory accident needed to be more thoroughly vetted, a hypothesis that has been vigorously denied by the Chinese government.

“There’s obviously a lot of politics,” said John Mackenzie, an Australian virologist who led a 2003 WHO-convened mission in China to study the origins of SARS, leaving him well-versed on the delicacies of undertaking such a study. “He should be standing by his committee’s report.”

“I just find it very strange that he’s demeaning it and he’s deflecting from it,” said Mackenzie, an emeritus professor at Curtin University in Perth who serves on the WHO’s emergency committee for Covid-19.

It’s not that controversy was unexpected: the mission was fraught from the start, with China resisting the scientists for months before relenting to a team of experts comprising a local expert for every foreign one. Still, the furore now threatens to undermine scientific progress in understanding how the coronavirus came about, and the chance of WHO-led further investigation in both China and other countries — which the experts have always said is needed — is growing faint.

“Multiple attacks daily, demonstrably false, but gullible followers believe them,” said Peter Daszak, a New York-based zoologist who was part of the international team of scientists, in a Twitter post on what he described as “right-wing media outlets”. “Real issue is that this undermines science and ironically puts US citizens at risk by leading us into rabbit hole [of] conspiracies instead of better understanding of how to prevent pandemics.”

The WHO experts, who traveled to China in January after months of negotiations, were presented with reports from local researchers, rather than being allowed to conduct their own analysis, some said in media interviews after the trip. They also didn’t have unfettered access to raw material or the lab in Wuhan that has become central to the controversy. Instead, they were required to work within the parameters negotiated by the Chinese government and the WHO more than six months before the mission began.

Their official report, itself delayed for weeks, was questioned even before its official release. The US has “real concerns about the methodology and the process” of the report, including that the Chinese government “apparently helped write it”, US secretary of state Antony Blinken told CNN on Sunday, ahead of publication.

On Tuesday, hours after it was published, a joint statement from 14 countries including the US, the UK, Australia, Japan, South Korea and Norway, bemoaned a lack of access to “complete, original data and samples”. Scientists from five of the countries took part in the mission.

China dismissed the criticism as not “serious or responsible” on Wednesday. “They want to spread rumours and push their hidden political agenda,” said Chinese foreign ministry spokesperson​ Hua Chunying at a briefing in Beijing. “The experts have said they went to places they wanted to, and they met with people they wanted to.”

The WHO should take the lead in respecting the conclusion of scientists, she said.

Some among the WHO expert team, made up of virologists, epidemiologists and other public health experts, argued that not many countries would allow unfettered access to confidential data, and noted that their work seemed to be taken out of context. At the heart of the controversy appears to be a mismatch between the slow speed and cautious precision of scientific work, and the political symbolism thrust on the origins investigation.

Marion Koopmans, a Dutch virologist who was a member of the WHO team, mused on Twitter about whether other countries would allow outsiders to conduct a similar investigation.

While much of the criticism has focused on the report’s dismissal of the laboratory leak theory, the scope of study included no mention of research specifically on labs in Wuhan, or any role they may have played. A true audit of the lab is a “much more complex process, and that’s not what we were there to do”, said Dominic Dwyer, a microbiologist based in Sydney who was part of the team.

The lab leak theory took off when it was promoted by the Trump administration. There has been nothing to suggest it emerged from a lab in China or anywhere else, Ben Embarek said.

Maria Van Kerkhove, the WHO’s technical lead on Covid-19, defended the report, saying the epidemiology and molecular data from 2019 is the most comprehensive she has seen, while the animal section provides details on the species that were sampled.

“We were able to create a space for the science,” said Embarek. “We were never pressured to remove critical elements from our report. Personally, I am very proud of this report and, like my other colleagues, we all stand behind it on both sides, despite all the interest and the pressure and the immense difficult environments we have faced over the past few months.”

US, Japan, Australia, the UK and others say the study was delayed and   lacked access to complete data
World
2 weeks ago
Next Article