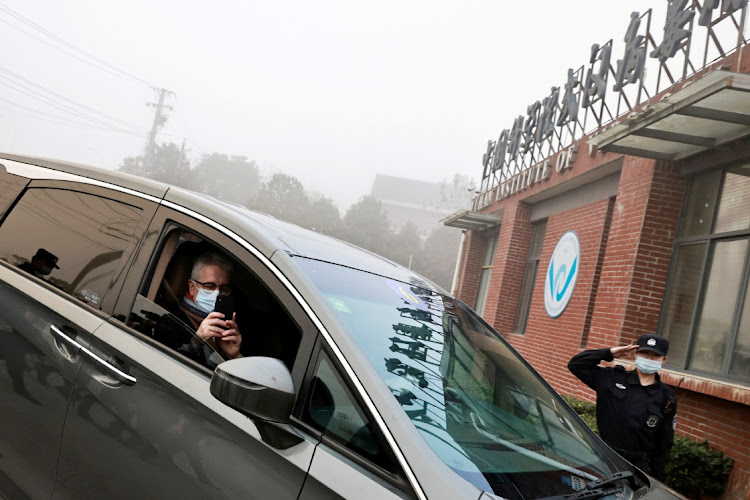 Washington —  A group of 14 countries expressed concerns on Tuesday that the World Health Organization (WHO) report on the origins of the novel coronavirus that causes Covid-19 was delayed and lacked access to complete data, according to a joint statement.

It followed WHO director-general Tedros Adhanom Ghebreyesus's assertion that data was withheld from its investigators who travelled to China to research the origins of the pandemic.

“It is equally essential that we voice our shared concerns that the international expert study on the source of the SARS-CoV-2 virus was significantly delayed and lacked access to complete, original data and samples,” the joint statement said.

The statement was signed by the governments of Australia, Canada, Czech Republic, Denmark, Estonia, Israel, Japan, Latvia, Lithuania, Norway, the Republic of Korea, Slovenia, the UK, and the US.

In its final report, written jointly with Chinese scientists, a WHO-led team that spent four weeks in and around Wuhan in January and February said the virus had probably been transmitted from bats to humans through another animal, and that a lab leak was “extremely unlikely” as a cause.

China refused to provide raw data on early Covid-19 cases to the WHO-led team, one of the team’s investigators has already said, potentially complicating efforts to understand how the global pandemic began.

The countries' joint statement supported further studies of animals to find how the virus was introduced to humans, and called for a renewed commitment from WHO and member countries to access, transparency and timeliness.

“It is critical for independent experts to have full access to all pertinent human, animal, and environmental data, research, and personnel involved in the early stages of the outbreak relevant to determining how this pandemic emerged,” the statement said.

Establishing such guidelines for investigations will help countries detect, prepare and respond to future outbreaks, it said.

Separately, Tedros repeated on Tuesday that data was withheld from WHO investigators who travelled to China.

“In my discussions with the team, they expressed the difficulties they encountered in accessing raw data,” Tedros said. “I expect future collaborative studies to include more timely and comprehensive data sharing.”

Though the team concluded that a leak from a Wuhan laboratory was the least likely hypothesis for the virus, Tedros said the issue required further investigation, potentially with more missions to China.

“I do not believe that this assessment was extensive enough,” he told member states in remarks released by the WHO.

The WHO team's leader, Peter Ben Embarek, told a press briefing it was “perfectly possible” the virus had been circulating in November or October 2019 around Wuhan, and so potentially spreading abroad earlier than documented so far.

“We got access to quite a lot of data in many different areas, but of course there were areas where we had difficulties getting down to the raw data and there are many good reasons for that,” he said, citing privacy laws and other restrictions.

He said the team had felt political pressure, including from outside China, but that he had never been pressed to remove anything from its final report.

Dominic Dwyer, an Australian expert on the mission, said he was satisfied there was “no obvious evidence” of a problem at the Wuhan Institute of Virology.

The EU called the study “an important first step” but renewed criticisms that the origin study had begun too late, that experts had been kept out of China for too long, and that access to data and early samples had fallen short.

In a statement, Walter Stevens, EU ambassador to the UN in Geneva, called for further study with “timely access to relevant locations and to all relevant human, animal and environmental data available”.