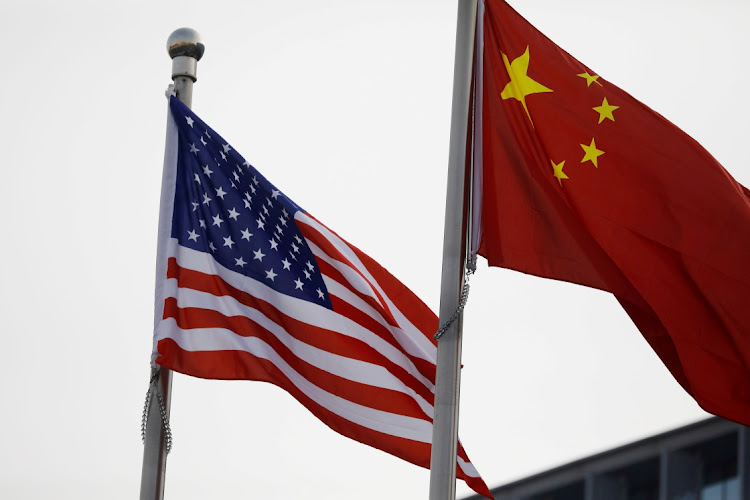 Chinese and US flags flutter outside the building of an American company in Beijing,China. Picture: REUTERS/TINGSHU WANG

Singapore — Friction between the US and China could give India the boost it needs to become a global tech hub, as long as the South Asian nation addresses long-standing roadblocks including excessive red tape and government inefficiency.

“Washington’s technology cold war with Beijing has resulted in strategic decoupling, promoting manufacturing supply chains to shift to new locations,” according to a report released Tuesday from the Asia-based Hinrich Foundation set up by US entrepreneur Merle Hinrich.

“India finds itself well positioned to absorb these supply chains.”

A number of factors are working in India’s favour, according to the foundation, which cited US President Joe Biden’s call for “China-free” supply chains in certain sectors, as well as India’s membership in the Quad grouping with the US, Australia and Japan.

Leaders from those four nations held their first summit earlier this month, partly to address concerns about Beijing’s growing economic and military heft. India and China engaged in violent clashes along their disputed Himalayan border in 2020, though efforts to cool tensions this year led to both armies pulling back troops in February.

Tech giants such as Apple, Amazon.com and Samsung Electronics that have relied on China for years are shifting production to India and Southeast Asia, a move that accelerated as tensions between Washington and Beijing mounted.

The pandemic is hastening the shift as companies take advantage of India’s new productivity incentive programmes, enormous labour base, and rapidly growing domestic market for devices and internet services.

“Everybody that I talk to in the tech sector is moving stuff out of China, anything that they consider sensitive,” said Alex Capri, a Singapore-based research fellow who authored the report. India is also looking to reduce its own dependence on China, he said.

New Delhi will also have to address issues that have hampered growth of manufacturing, the report said, adding that excessive regulations, taxes and a lack of co-ordination between the central and state levels of government have deterred investors.

India’s path to tech hub status will depend on its ability to develop smartphone manufacturing, the report said, noting that China still has a large lead in the industry.

India could lobby Washington to persuade top chipmakers such as Taiwan Semiconductor Manufacturing to open certain plants in the South Asian country, the Hinrich Foundation said.

India faces a lot of scepticism it can deliver, Capri said, “but more than ever people are saying if India is going to do it, they’ve got to do it now.”