Virus probably jumped from bats to humans via an intermediate animal host in Chinese city of Wuhan, a joint WHO-China study says 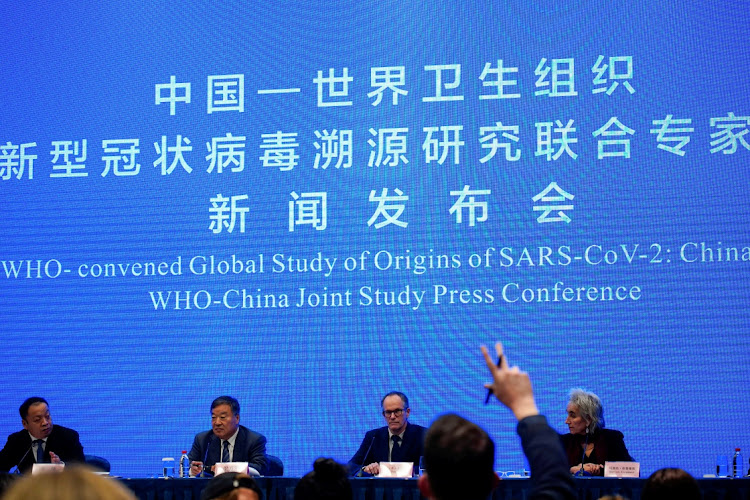 Geneva —  A joint World Health Organization (WHO)-China study on the origins of Covid-19 says that the virus was probably transmitted from bats to humans through another animal, and that a lab leak was “extremely unlikely” as a cause, a summary said on Monday.

The WHO did not immediately reply to a query seeking comment, but said the full report by the independent experts would be published on Tuesday after member states had been briefed. The report offers the most detailed look yet at what happened in Wuhan.

The findings match what WHO experts have said previously about their conclusions after a January-February visit to the central Chinese city of Wuhan where the first human cases were detected in late 2019.

Three laboratories in Wuhan working with coronaviruses had “well-managed”, high-quality biosafety levels, and there had been no reports of compatible respiratory illness among staff during the preceding months, the report said.

Nor had they tested positive for the SARS-CoV-2 virus in subsequent blood screening for antibodies, the report said.

“In view of the above, a laboratory origin of the pandemic was considered to be extremely unlikely,” it said.

Many questions remain unanswered about the virus that sparked the pandemic and the team proposed further research in bats and pangolins in China as well as in Southeast Asia. Surveys of other wild animals — including civets, mink and ferrets — known to be infected by the virus were recommended.

WHO director-general Tedros Adhanom Ghebreyesus acknowledged receipt of the report but declined to give details, telling a Geneva news briefing: “All hypotheses are on the table and warrant complete and further studies.”

The report does not require any approval by member states.

The US expects the WHO-led investigation to require further study of the virus, perhaps including a return visit to China, a senior US official told reporters last week. He hoped it would be “based on science”.

The probe was plagued by delays, concern over access and bickering between Beijing and Washington, which under former US President Donald Trump's administration accused China of hiding the extent of the initial outbreak.

The WHO declared on January 30 2020, that Covid-19 constituted an international emergency, its highest level of alert.