If the FAA had acted in 2018 as it originally intended, it’s unlikely the two fatal crashes involving the plane would have happened 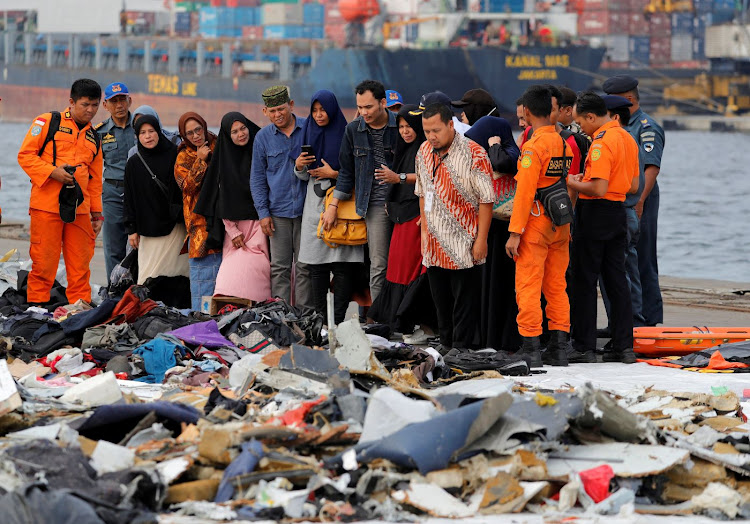 Washington — Nine days after the first of two fatal Boeing 737 MAX crashes in 2018, the US transportation department quietly shelved a major initiative aimed at improving safety at aircraft manufacturers.

Now aviation regulators are resurrecting the measure — which enjoys broad support by industry and has been repeatedly cited in reviews of the 20-month MAX grounding and in legislation as a critical tool to prevent such accidents in the future.

The reason for the delay: the measure to require manufacturers to adopt a safety management system ran afoul of president Donald Trump’s anti-regulatory policies, according to people familiar with the deliberations.

The Federal Aviation Administration (FAA), which reports to the transportation department and had initially sought to mandate such systems in 2018, now says it won’t be able to complete a requirement for them until March 2024.

Such programmes require manufacturers to adopt internal processes to police safety. For example, they may mandate that safety officials report to the highest levels of management and create a way for employees to raise concerns without fear of retribution. Had one been in place at Boeing while the 737 MAX was in development, the company might have been required to communicate safety concerns to the FAA.

“Here’s a case where you’ve got virtual unanimity from industry and safety groups that this is a good regulatory programme and yet we still couldn’t get it out,” said Tony Fazio, a former FAA official who is chair of an industry committee on the issue.

The European Aviation Safety Agency is scheduled to complete its requirement for safety management systems at manufacturers such as Airbus by the end of this year, putting the US years behind, Fazio said.

Trump’s regulatory policies, such as requiring the elimination of two rules for every new one, were designed to limit burdens on industry, but the aviation sector has been frustrated by the length to which the transportation department under secretary Elaine Chao took them. Basic tasks at the FAA, such as providing technical guidance to companies, ground to a near total halt in recent years as a result of those policies.

Another casualty was the safety management system for the aircraft manufacturing sector, said people familiar with the action, who asked not to be named discussing sensitive policy actions.

A little-noticed post on the FAA website on November 7 2018, said the initiative “has been placed on temporary hold”. The FAA drew up a draft regulation that would have required such programmes at US aircraft manufacturers well before the MAX accidents, according to people familiar with the action.

The FAA has faced months of criticism over how it certified a flawed design by Boeing engineers on the 737 MAX that led to the two crashes and 346 deaths. One of the chief issues raised by a panel of industry experts and the transportation department’s inspector-general was why Boeing didn’t have the robust, in-house oversight programme that a safety management system is supposed to provide.

If the FAA had acted in 2018 as it originally intended, it’s unlikely the two crashes involving the 737 MAX — a Lion Air jet off the coast of Indonesia on October 29 2018, and an Ethiopian Airlines plane near Addis Ababa on March 10 2019 — would have been prevented. Boeing’s new jet had been approved by the FAA a year earlier and it could have taken years to finalise the FAA proposal into law.

However, it almost certainly would have sped enactment of what is now one of the top recommendations resulting from numerous investigations of the crashes. Congress was so frustrated at the slow pace of moving on a safety management system mandate that it required it in a bill that passed in December.

Chao referred requests for comment to Steven Bradbury, who served as the transportation department’s general counsel and as her acting deputy.

“The treatment of that rule was not a reflection of the executive orders or any specific procedures that were unique to the previous administration,” Bradbury said. Officials at the transportation department were concerned about how the proposal would impact smaller companies, he said.

Safety management system programmes have become a cornerstone of safety in the aviation industry around the world. The FAA previously mandated it for airlines and the US National Transportation Safety Board, which investigates accidents, has long called for expanding it. The International Civil Aviation Organization, an arm of the UN, endorsed it in 2013.

The systems require that safety officials report to the highest levels of management, create a risk-free route for employees to raise concerns and mandate more extensive analysis of risk factors.

While many countries have allowed the planes back into service, including the US, Beijing is holding back
World
1 month ago

Throttle levers may play a role in Sriwijaya Air crash

EDITORIAL: Boeing’s route to regaining trust likely to be a long one

EDITORIAL: Boeing’s route to regaining trust likely to be a long one