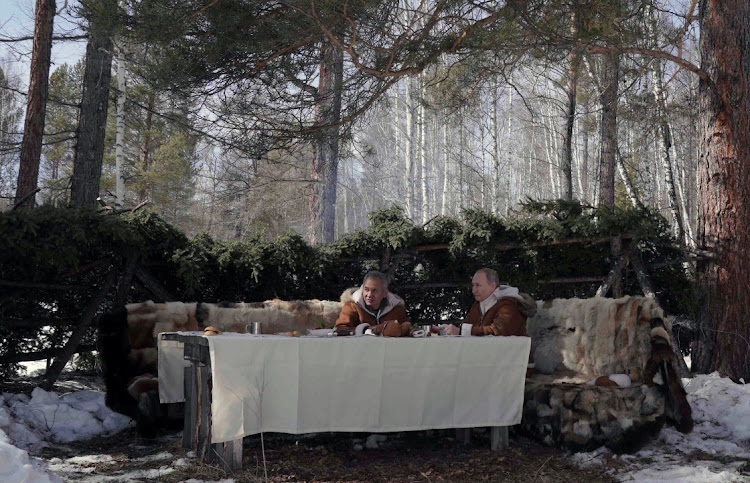 Moscow/Madrid — Much of Russia’s far east is so vast and remote that it’s mostly been left to the bears, wolves and rare breed of tiger that live there. Now the Kremlin wants to use it to convince the world that the country is doing its part to fight climate change.

Russia, the world’s biggest energy exporter and one of its largest polluters, is creating a digital platform to collect satellite and drone data about the CO₂ absorption capacity of the region’s forests. The aim ostensibly is to monetise an area nearly twice the size of India by turning it into a marketplace for companies to offset their carbon footprint.

The hope is that the plan will also deflect some of the criticism Moscow is getting over its unambitious climate efforts ahead of UN talks later this year. Russia has long argued that it should be granted more slack in climate talks for the sequestration potential of its forests, which hold an estimated 640-billion trees. But until now the huge taiga has been poorly managed, leading to record forest fires in the past two years as global warming has made summers hotter and drier.

“Russia has 20% of global forests, so the international community must be fair in that respect,” Alexey Chekunkov, minister for the development of the Russian far east and Arctic said in an interview. “We have the potential to turn them into a massive carbon-capture hub.”

Under the system, companies would be able to lease sections of forest from the Russian government to invest in planting new trees and protecting what’s already there. If the data confirms that the investment has improved CO₂ absorption, the company could then create a carbon credit, which would be traded on a digital platform.

Obtaining accurate data on carbon sequestration from forests is difficult, though, because trees are vulnerable to unpredictable events such as forest fires and disease outbreaks

Russia’s managed forests are estimated to have absorbed nearly 620-million tonnes of CO₂ equivalent in 2018, according to the nation’s latest data, enough to offset about 38% of national emissions. But carbon-offsetting schemes have faced criticism from scientists who warn that, to avoid catastrophic global warming, greenhouse gas emissions need to be cut in half globally by the end of this decade, and to zero by 2050.

Fern, a campaign group based in Brussels and the UK, likened offsetting to “moving deck chairs while the Titanic sinks”.

It may be a particularly hard sell from Russia, which has the weakest climate target of any major economy and is planning a slight increase in emissions by 2030. Canada, which has the world’s third-largest forest area and an economy largely based on fossil-fuel extraction, is also setting up a marketplace to trade carbon credits, but the system will run alongside efforts to achieve carbon neutrality by mid-century.

“The lion’s share of Russia’s plan to cut emissions should be renewable energy, new technology and energy efficiency,” said Alexey Kokorin, director of the climate and energy programme at the World Wide Fund for Nature (WWF) Russia. “Additionally, and with very strict criteria, would come forestry development.”

Russia’s climate goals, which are rated “critically insufficient” by Climate Action Tracker, mean it wouldn’t qualify to use carbon offsets as part of its Paris Agreement target, according to Anna Romanovskaya, director of the Moscow-based Yu A Izrael Institute of Global Climate and Ecology. But companies could, in theory, still sell credits internationally if they can prove they’ve added to the forest’s absorption capacity, she said.

The far east project may mitigate losses from an EU plan to impose a levy on some emissions-intensive goods, according to Maxim Khudalov, head of sustainable development risk assessment at Moscow-based Acra Ratings. Exporters of Russian raw materials forecast annual additional costs of as much as $8bn from the EU carbon border adjustment mechanism, due to come into force in 2023.

Obtaining accurate data on carbon sequestration from forests is difficult, though, because trees are vulnerable to unpredictable events such as forest fires and disease outbreaks. It also requires detailed inventory data, which, on average, hasn’t been updated in Russia in 25 years, Romanovskaya said.

Offset programmes based on planting trees have come under criticism after many were found to have made no contribution to reducing the amount of CO₂ in the atmosphere.

“We will need to demonstrate to the international community that calculation of CO₂ absorption in our offset projects is precise, reliable and not a single unit is miscalculated,” Romanovskaya said. “One mistake, let alone an intentional falsification, and the credibility of our projects may be lost.”

In a year of serious climatic warnings, Russia still pays lip service to environmental issues, which may yet backfire on its leaders
Opinion
6 months ago
Next Article

Young Russian climate activists dare to come out of the shadows

Young Russian climate activists dare to come out of the shadows