‘It’s like we’re a sailing boat in the middle of the Atlantic Ocean. The good news is the breeze is blowing in the right direction’ 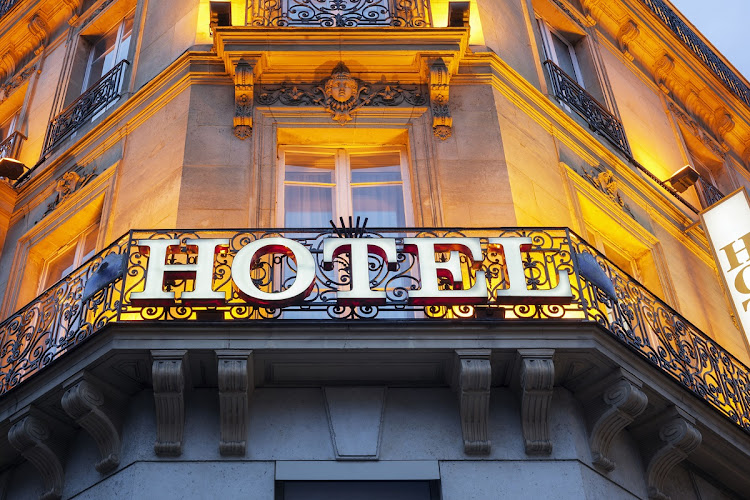 After the hotel industry’s worst year on record, a long-awaited recovery is finally approaching. Occupancy rates at US hotels reached 52% last week, the highest since lockdowns began, according to lodging-data provider STR. Shares of lodging companies are surging on the prospect that a rebound is at hand, while companies such as Blackstone are making high-profile deals in the industry.

Investors are betting that the combination of vaccines and stimulus cheques will unleash a travel boom as Americans bust out of their houses to make up for lost vacations. Airline stocks rallied this week as executives said bookings are improving. Hotel owners who’ve confronted months of closures and mass layoffs are now preparing for the prospect of a surge in demand, even as much of the expected rebound remains a ways off.

“It’s like we’re a sailing boat in the middle of the Atlantic Ocean,” said Colin Reed, CEO of Ryman Hospitality Properties. “The good news is the breeze is blowing in the right direction. But we haven’t yet felt the huge breeze that’s going to take us back to where we were 12 or 18 months ago.”

Not many companies were set up worse for a pandemic than Ryman, a real-estate investment trust that owns big-box hotels and live music venues in Nashville, Tennessee. Both of those businesses were slammed as trade groups and bachelorette parties cancelled trips to the home of country music, as well as to other cities where the company operates. Now groups are rebooking events and local governments are loosening restrictions on music venues and meeting places.

Cost-cutting efforts designed to help Ryman survive the pandemic should lead to better margins when the business bounces back. There are other small positives to arise from the calamity: The company brought its concert venues online and will probably continue to make money streaming events at the Grand Ole Opry and Ryman Auditorium once things return to normal, Reed said.

Investors have noticed, with shares climbing about 20% since the start of 2021 and more than tripling over the past 12 months. That puts Ryman’s rebound among the best for publicly traded US hotel owners. A Bloomberg index of lodging REITs has jumped 27% over the last three months.

Growing confidence in a lodging recovery has also helped spur acquisitions. Blackstone and Starwood Capital Group said on March 15 that they were teaming up to take Extended Stay America private in a $6bn deal, the largest hotel-industry transaction since the crisis took hold.

It followed an announcement last week from Hilton Grand Vacations that it was acquiring a timeshare competitor from Apollo Global Management in a stock deal with an equity value of $1.4bn.

Optimism for the industry comes with caution. Corporate travel is a long way from coming back, and some hotels are still closed in key markets. New York had a 47% lodging occupancy rate last week, according to STR, but that figure excludes shuttered properties. When closed hotels are accounted for, the occupancy rate was 30%, about a third of what it would be in a typical year.

And Reit stocks may be overheated considering some of the lasting damage the virus has wrought on the property market, according to a report this week from real-estate analytics company Green Street. Hotels could be hurt if the government’s stimulus turns out to bring little more than a “sugar high,” the firm said.

“Signs are now appearing that investors may be focusing too much attention on the bright light at the end of the tunnel,” wrote Green Street co-founder Mike Kirby and MD Peter Rothemund.

But for hotel owners, any prospect of rising consumer demand is welcome, and some lodging companies are now scrambling to staff up. Omni Hotels & Resorts, which owns and operates about 60 hotels across the US, Mexico and Canada, has outsourced recruiting for the first time in its history, CEO Peter Strebel said in an interview.

The company, which had 22,000 workers pre-pandemic, is currently employing less than half that number. “We’ve had to recruit a lot of new talent,” said Strebel. “Our biggest challenge isn’t going to be business volume, it’s going to be getting our people back.”

One&Only has a new sibling resort brand, and it’s all about fitness

Siro wellness and fitness resorts, the first which will open in Montenegro in 2023, will be  a luxury brand focused exclusively on sports and fitness
Life
7 months ago

Spear Reit to convert 15 on Orange hotel into hybrid accommodation

Spear Reit, a Western Cape landlord,will lease the hotel to Capital Hotels & Apartments Group with the option to buy it outright in two years
Companies
7 months ago
Next Article