The Serum Institute of India, which makes the AstraZeneca shot, says it will supply more based on the needs of the vaccine programme in India 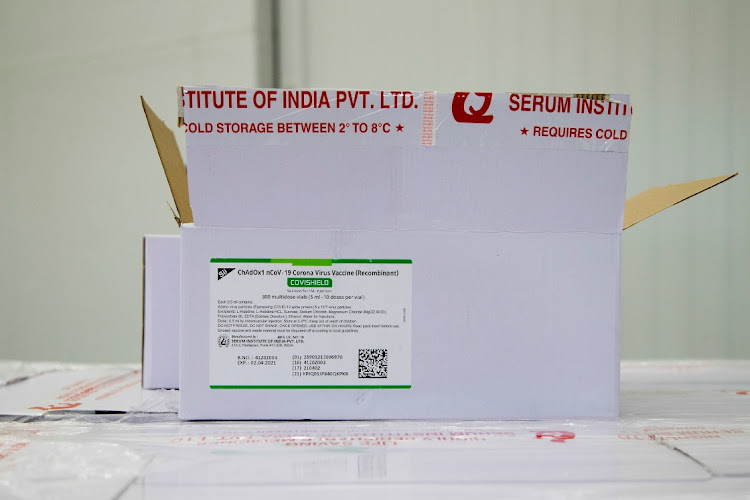 London — Britain is facing a squeeze on supply of Covid-19 vaccines in April in part due to a delay in a shipment from the Serum Institute of India (SII) that makes AstraZeneca’s shot, health minister Matt Hancock said on Thursday.

Britain has been conducting the fastest rollout of inoculations by a major economy but health officials said on Wednesday that the programme would face a significant reduction in supplies from March 29, without initially specifying where the problems were.

“We have a delay in a scheduled arrival from the SII,” Hancock told lawmakers. Britain is using vaccines made by Pfizer and AstraZeneca, with 10-million doses of the 100-million ordered from AstraZeneca coming from the SII.

A spokesperson for the SII said it had delivered 5-million doses to the UK a few weeks ago, “and we will try to supply more later, based on the current situation and requirement for the government immunisation programme in India”, he said.

Hancock added that, separately, a batch of 1.7-million vaccine doses had been delayed as it had to be retested, without specifying the manufacturer. “Events like this are to be expected in a manufacturing endeavour of this complexity,” Hancock said.

Hancock denied rumours that the delays would mean no adults would get a first dose of the vaccine in April, but said it was important to make sure there was enough vaccine to give people a second dose within 12 weeks of their first.

He also said that Britain was on target to offer everyone over 50 a first shot by mid-April, and a shot to all adults by the end of July. He added that a road map for lifting lockdown restrictions in England was unaffected.

Earlier, housing minister Robert Jenrick said that supplies would pick up again in May, and Moderna has said it is expecting first deliveries of its vaccine to Britain to start in April. Hancock said Britain expects doses of Moderna’s vaccine to arrive “in the coming weeks”.

The announcement of a supply shortfall coincided with a resurgence in tensions with the EU, which is frustrated by a lack of exports of AstraZeneca’s vaccine from Britain.

On Wednesday, the EU threatened to ban exports of vaccines to Britain to safeguard scarce doses for its own citizens. Britain imports Pfizer’s vaccine from Europe.

Hancock said that European Commission president Ursula von der Leyen had previously said there should not be restrictions on companies who are fulfilling contractual responsibilities after Jenrick said he was “surprised and disappointed” with her comments.

Probably not, as there are only 30 reported cases from more than 17-million doses of the vaccine being given in the UK and EU
World
2 months ago

But the EMA remains convinced that the vaccine’s benefits ‘in preventing Covid-19, with its associated risk of hospitalisation and death, outweigh ...
World
3 months ago

Section 21 authorisation is subject to close monitoring of the safety and efficacy of the vaccine, Sahpra says
National
3 months ago

No room for corruption in vaccine procurement and rollout, says Mabuza

No room for corruption in vaccine procurement and rollout, says Mabuza