Online grocery shopping and virtual healthcare appointments will rise, even as the Covid-19 pandemic recedes, a new study shows 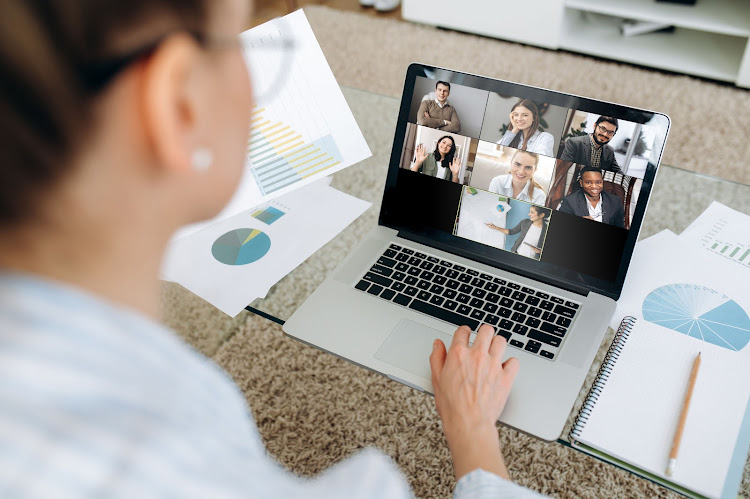 London/Lisbon — With many high-earning employees not expected back in the office full-time, the “home nesting” that became a feature of the pandemic is set to continue — leading to sustained higher spending on home offices, gym equipment and renovations, a new report by McKinsey has found.

Online grocery shopping and virtual healthcare appointments are also expected to rise even as the Covid-19 pandemic recedes, while spending on remote education and digital entertainment will dip, the study released on Thursday by the McKinsey Global Institute said.

The report, based on surveys of consumers in China, France, Germany, the UK and the US, analysed a series of pandemic-induced spending behaviours to predict which would outlast the crisis.

Two groups whose behaviour McKinsey predicts will have an outsize impact on how the post-pandemic economy functions are high-income, middle-aged women, who for the past year have balanced work with caregiving responsibilities; and younger, high-income earners, who have accumulated significant savings but may hold back from spending until the outlook is more certain.

“We will not just be watching what consumers want but what companies offer and what guardrails governments are going to put around those choices,” said Jaana Remes, partner at McKinsey Global Institute.

Here are some key trends highlighted in the report:

Virtual healthcare visits increased 10-fold in Germany, 25-fold in the US and 50-fold in France during the pandemic, according to the report. Whether that continues will depend to what extent regulators and insurers are prepared to make temporary relaxations in rules around that kind of appointment permanent, McKinsey warned.

Doctors have seen investment in and demand for telehealth services soar, creating the infrastructure for the sector to stick post-pandemic.

Dr Viraj Lakdawala, medical director of Virtual Urgent Care at NYU Langone Health, said he had seen his virtual appointments for non-Covid-19 cases jump by 200% in the last year and expects that trend to continue.

“{The pandemic} lit a fire under the momentum and pushed people to try something they hadn't tried before but didn't have a choice,” he said.

The online share of total grocery spend doubled in some countries over the past year, rising to about 10% in the US and UK, according to the report.

“We are convinced that we've seen a nonreversible, fundamental shift in how consumers shop for food,” said Dominik Richter, co-founder and CEO of HelloFresh, a German meal kit company.

Older shoppers, once hesitant to use e-grocery shopping, were forced to do so out of necessity — and are likely to keep shopping online after the pandemic.

“This is a segment that could have lived the rest of their lives without using the full range of digital tools,” said McKinsey's Remes. “This was a very strong nudge for them to do so — and most of them really liked the services.”

More than 60% of consumers across the five countries said they intended to maintain some of the home entertainment services they had subscribed to, implying a longer term drop in demand for cinemas and theatres.

Bonnie Comley, a Tony Award-winning producer and co-founder of theatre streaming service BroadwayHD, said she expected her digital subscription service to remain popular after the pandemic, particularly among those who cannot afford the cost of in-person tickets.

“I do believe that live theatre and live experiences will be back, but I don’t think it's just going to flip back on ... it will be a layering,” she said to Reuters.

Over one in five consumers surveyed by McKinsey said leisure travel was one of the top activities they were excited about restarting post-pandemic — but whether routes and prices they were used to be will still be available is an unknown.

McKinsey expects business travel to drop by 20% after the pandemic, putting cost pressures on airlines, which previously subsidised leisure seats with profits from business seats. Just 10% of seat demand contributed to 55%-75% of profits pre-pandemic, McKinsey said. But as video-conferencing and remote working have become more widely accepted, businesses are likely to see less need for in-person meetings.

While leisure travel demand will not drop, airlines may be forced to offer fewer direct routes and bump up prices to make up the shortfall.

“Many businesses had been looking for ways to reduce travel both because of cost as well as climate [change],” Remes said. “It's been an eye-opening experience how much they can get done without travelling.”

Online learning provided a temporary solution to the 1.6-billion children whose education was disrupted by the pandemic — but the poor experiences reported by children and teachers as well as stark attainment gaps between children from low- and high-income families mean the practice is unlikely to stick, McKinsey said.

How to... Make some positive changes

How to... Make some positive changes