Is future of business travel more team-building in sunny climes than red-eye flights? 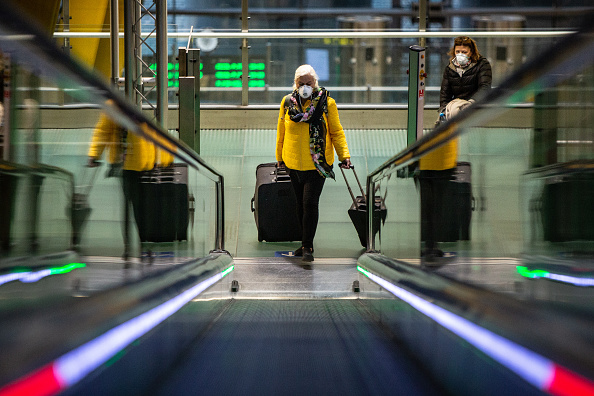 New York — It’s pretty tough, one year deep into the global Covid-19 pandemic, to put a sunny face on the future of business travel. But for the people at American Express, the future of corporate travel looks ... sort of fun?

There will be fewer transatlantic slogs for routine meetings, but more team-building exercises in sunny climes. Plus, just maybe, there’ll be more company-sponsored stints of telecommuting from the beach.

That’s the scenario presented by Evan Konwiser, the executive vice-president of product and strategy for American Express Global Business Travel. Granted, he’s offering a measured upside case for one of the areas hardest hit by Covid-19 lockdowns.

Restaurants and retail, which also suffered, are finding ways to keep doing business. Leisure travel, too, looks likely to benefit from pent-up demand and looser border restrictions. But now that workers around the globe have shown they can conduct a year’s worth of business by video, the sleeper-class flight for a morning meeting in London just became a much harder sell.

“It’s become very trendy to talk about business travel not needing to come back,” Konwiser says, via Zoom, from his office in lower Manhattan. “There’s some truth there that we should acknowledge and adapt to,” he continues, before adding: “But business travel exists for really important reasons — it helps businesses conduct business successfully.”

What he predicts is a re-envisioning of business travel that prioritises experiential meetings: in-person bonding opportunities for scattered remote workers and trips that feel more like work perks than obligations. And he says there’s precedent for a strong rebound.

“After the global financial crisis in 2008, CEOs, CFOs, and procurement officers pulled out, but they all gradually came back as they realised that business travel was an investment in their employees, their culture, and their competitiveness,” says Konwiser. Granted, this time around the travel industry has a steeper climb, with executives routinely referring to Covid-19 as delivering a stronger punch than 2008 and 9/11 combined.

Normally, Konwiser’s division — which manages travel for a bevy of major corporations around the world — helps businesses book five-million hotel room nights annually. Many of those are reserved in conjunction with events and meetings, of which American Express typically organises nearly 100,000 per year.

In North America, business travel declined 79% from April to December in 2020. A recent US census survey found that only 26% of small businesses intend to pursue any type of travel in the forthcoming six months. And with such companies as Amazon saving $1bn in travel expenses during the pandemic, it makes sense to continue pursuing global business over Zoom.

Konwiser says he believes travel will become a key pillar of corporate culture. Companies may compete to attract top talent, who will want flexibility in choosing when to commute to an office or hit the road for business. “People will make decisions about where to work, based on how often you should go to the office and what they see as their freedom to move about,” he says.

So though Konwiser is bullish on a resurgence of business travel, he says it will happen in ways that imply enormous, probably irreversible changes for the industry.

The days of crossing the pond for a meeting are all but over. So are the days of commuting daily into a shared office space. For Konwiser, that’s not a bad thing.

“People want a break from being home,” he says. “Getting to travel a week a month, that would rebalance everything enormously.”

But one bigger trip a month, as opposed to several shorter ones, would be costly news for airlines and by extension, companies like AmEx, which make their greatest commission shares from airline tickets. For corporate travel managers, however, it’s an invitation to simultaneously save money and have more fun.

“If you’re giving up $1m in corporate real-estate costs each year [to allow employees to work from home], you should reinvest a high percentage of that — 50% to 70% — in your employees through travel,” says Konwiser.

That may be what you’d expect to hear from the corporate travel people, but the budget does appear to be there: A Deloitte survey taken in January found that 75% of polled Fortune 500 CEOs were considering downsizing their offices.

Calling travel a reward in the current climate remains a tough sell. That may change if work from home persists but Covid does not. Corporate team-building trips—in which colleagues head somewhere fun to partake in scavenger hunts or cooking contests — could change the perception of business travel in a meaningful way. Konwiser calls this the “gather and scatter” effect.

If corporate culture is one reason to reinvest in business travel, cultural exchange is another. For newfound digital nomads who have spent their last year Zooming from Mexico or Belize, a change of scenery has proved inspiring and freeing.

“Right now, companies are allowing [work from anywhere] because there’s no point in not. But some companies may soon sponsor it as well,” Konwiser says. “It might create more enlightened, globally minded employees.” In practical terms, that may be as simple as writing policies that enable workers to chime in from any time zone; a more emphatic effort might include relocation benefits on an annual basis.

“This is the replacement for having a cool office with lots of perks,” Konwiser adds.

The demise of the passport

The logistics of business travel are changing, too. In the near future, you may need a vaccine passport. But Konwiser says passports in general are on their way out.

“We have to make it easier to enter and exit countries. It’s beneficial to global trade and societies,” Konwiser says. Digital visas and automated border patrol kiosks already exist. Add such up-and-coming technologies as biometric boarding, which verify your identity with the scan of an eyeball or fingerprint, and the stamped-up booklets seem like artefacts of yesteryear.

The trick, said Konwiser, will be protecting data privacy, which he thinks can be achieved via blockchain and distributive ledgers. If this happens, such things as your most recent Covid test results could also be accessed in the same digitised and encrypted portal.

“I don’t see this happening overnight, but depending on how long the Covid-19 hangover lasts, it will be sped up a lot,” he says. “It may go from being a 10-year project to a five-year one. And of course, it will depend country by country.”

Also, expect better travel apps, he says. Hotel apps already allow you to check in and use your phone as a room key; airline apps are facilitating rebooking and will let you know if you’re on an oversold flight. The next step, he says, is “ecosystem collaboration”: getting all those apps to talk to one another, eliminating the need to re-enter information over and over again and streamlining complicated processes like applying for a visa.

Imagine if the visa app, for instance, could connect to your airline and health apps to auto-fill passport, flight, and vaccination information. It could cut the paperwork from 30 minutes to 30 seconds, Konwiser says.

Amping up ease and efficiency

In general, Konwiser feels business travel needs to be made easier.

“We have to remind ourselves that not everyone in the workforce has equal flexibility,” he says, pointing to parents whose childcare pressures intensify when one adult is on the road. “I don’t have a silver bullet here, but these are the dialogues we need to have as corporate communities and as a society.”

One solution he poses is for companies to provide for additional child care in an employee’s travel budget.

Then there’s the question of the environmental impacts associated with corporate travel. “As an industry, we have to push for greener hotels, hold the airlines to sustainable alternatives, and help them accelerate that,” says Konwiser.

Indeed, the industry’s buying power — $1.4 trillion in a banner year, according to the Global Business Travel Association — can and should be used to harness good. With more companies pledging to shrink their carbon footprints, this isn’t just a moral imperative for the sector, it’s a matter of survival.

“I’m not willing to concede that less travel is better, but we have to make travel more efficient, easier, and sustainable,” says Konwiser. He believes saving business travel is virtuous unto itself. “Business travel is a major contributor to building relationships across the globe. It’s one of the ways we’ll create a better future for ourselves.”

No easy way back for hotels

Demand during the pandemic has remained strong, but companies will be keen to keep private flying under the radar
Life
1 month ago

Cruise lines are hoping that by the time their distant itineraries set sail, Covid-19 will not be an issue
Life
1 month ago
Next Article