The US also demands the release of the Kremlin critic, his allies and others wrongfully detained in Russia and an end to the persecution of his supporters 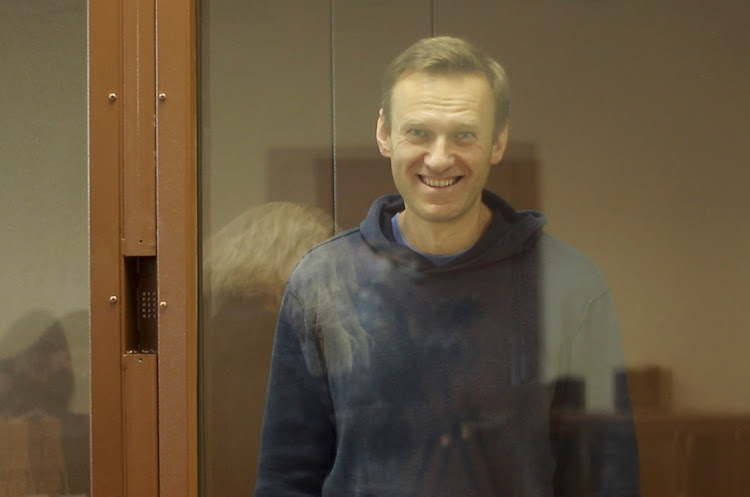 The Biden administration announced its first sanctions against Russia on Tuesday, punishing the Kremlin for the poisoning and jailing of opposition leader Alexei Navalny in a sign of deepening tensions between the nuclear powers.

The penalties — like those adopted by the EU — target senior Russian law enforcement officials, as well as matching sanctions the EU and the UK imposed earlier on other Russians allied with President Vladimir Putin in response to the attempted murder of Navalny.

The sanctions will help set the tone for US President Joe Biden’s relationship with Putin, who has said he will treat as more of an adversary than his predecessor Donald Trump. The rouble recovered sharply after Bloomberg News reported the actions, reversing earlier losses as investors were encouraged by the sanctions’ relatively narrow scope.

The US demands the release of Navalny, his allies and others wrongfully detained in Russia and an end to the persecution of his supporters, one senior administration official told reporters in a briefing.

Viktor Zolotov, the head of Russia’s National Guard; Igor Krasnov, the country’s prosecutor general; Alexander Kalashnikov, the Federal Penitentiary Service chief; and Alexander Bastrykin, who leads the country’s investigative committee, are the targets of the EU’s latest penalties, according to Peter Stano, foreign affairs spokesperson for the EU.

The 27 EU member states formally adopted the sanctions on Tuesday, Stano said, with the measures to be published later in the day.

“The EU has been clear and consistent in its condemnation of the continuous deterioration of the human rights situation in Russia in general and the arbitrary arrest, prosecution and sentencing of Mr Navalny in particular,” Stano said in an e-mail. “A strong and united reaction from our international partners sharing the same values as the EU can only reinforce the effectiveness of our actions and help reach the desired result.”

The US measures will involve the state, treasury and commerce departments, a senior administration official said in the briefing.

The bloc and the UK also froze the assets of one Russian entity: the State Scientific Research Institute for Organic Chemistry and Technology.

No more rolling over

Navalny returned to Russia in January after being treated in Germany for a nerve agent attack. He was detained shortly after landing at Moscow’s Sheremetyevo airport. Western governments and Navalny have accused the Kremlin of being behind the attempted assassination. Russia denies that and has said that Navalny’s imprisonment is an internal matter.

In February, Biden called for Navalny’s release, saying he was “targeted for exposing corruption and should be released immediately and without condition”.

Since then, Navalny has been sentenced and begun serving a 2.5-year term. Last week, he was moved to a notorious penal camp in the Vladimir region about 100km east of the Russian capital.

During his first call with the Russian leader, in late January, Biden said he “made it clear to President Putin in a manner very different from my predecessor that the days of the US rolling over in the face of Russia’s aggressive actions, interfering with our elections, cyber-attacks, poisoning citizens are over”.

Biden called the jailing of Navalny “politically motivated”. His administration also has Moscow in its sights for what US intelligence agencies indicate was Russia’s likely role in the SolarWinds cyber-attack.

One of the senior administration officials said that punitive actions related to the SolarWinds hack would likely be announced within weeks.