US envoy visits Kabul in bid to boost peace process

Zalmay Khalilzad spoke to Afghanistan’s chair of the High Council for National Reconciliation, and is expected to meet other Afghan officials 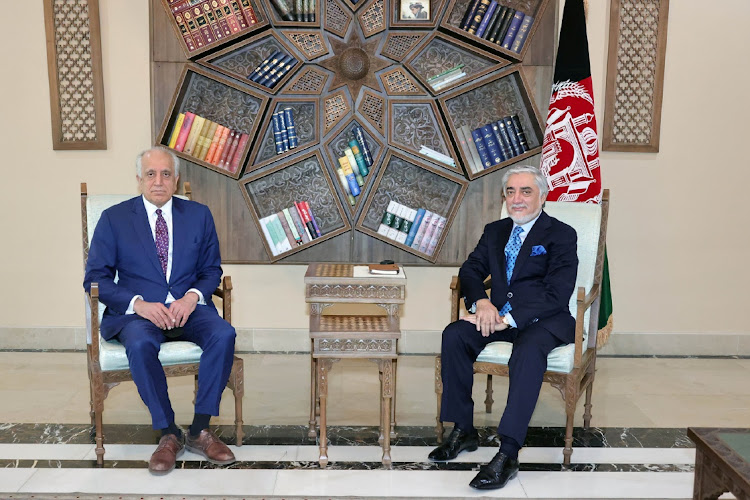 Washington/Kabul — The US special envoy to Afghanistan, Zalmay Khalilzad, held discussions on Monday with a senior Afghan official in Kabul over ways to accelerate the peace process, before heading to Qatar, where negotiations with Taliban representatives are ongoing.

US-brokered peace talks between the Afghan government and the militant group began in September but progress has slowed and violence has risen, while there is also uncertainty over whether international forces will pull out troops by May as originally planned.

The state department said in a statement on Sunday that Khalilzad and his team were visiting Kabul and Qatar. It said the US diplomats would also visit other regional capitals as part of a mission aimed at working towards “a just and durable political settlement and permanent and comprehensive ceasefire”.

It did not provide dates or other details of where they intended to go, though Pakistan is a neighbour with keen interest in how the Afghan conflict plays out.

On Monday, Khalilzad discussed the peace process with Abdullah Abdullah, the chair of Afghanistan’s High Council for National Reconciliation, and he was also expected to meet other Afghan officials.

“Development of the peace process, accelerating the process and the assessment of the Doha peace agreement by the US new administration were main topics of the discussion,” said Fraidoon Khwazoon, a spokesperson for Abdullah.

President Joe Biden's administration is conducting a review of a February 2020 deal struck between the Trump administration and the Taliban to determine whether to stick by a deadline to withdraw the remaining 2,500 US troops from Afghanistan, and end America's longest war.

The Taliban's deputy leader Sirajuddin Haqqani made a speech on Friday, broadcast on the group's media channel with excerpts posted on Twitter, warning the US against going back on a commitment to withdraw.

“Today ... we have the technology to use drones, we have our own missiles. This time if the Mujahideen resume fighting the enemies, it would be something they have never seen before. They will wish the battlefield was like in the past,” he said, referring to Taliban fighters.

US and European officials have said the Taliban has not fulfilled commitments it made in an accord reached with the US in Doha a year ago, that set up the move towards peace talks involving the Afghan government.

The Taliban has largely denied responsibility for a rash of attacks in Afghanistan since beginning talks with the government in September.

Sticky bombs, assembled in Afghanistan, can be detonated remotely or with a time-delay fuse and are powerful enough to blow up a car
World
4 months ago
Next Article