Fewer flights, smaller planes, reduced big-city connections and fare wars are all on the cards 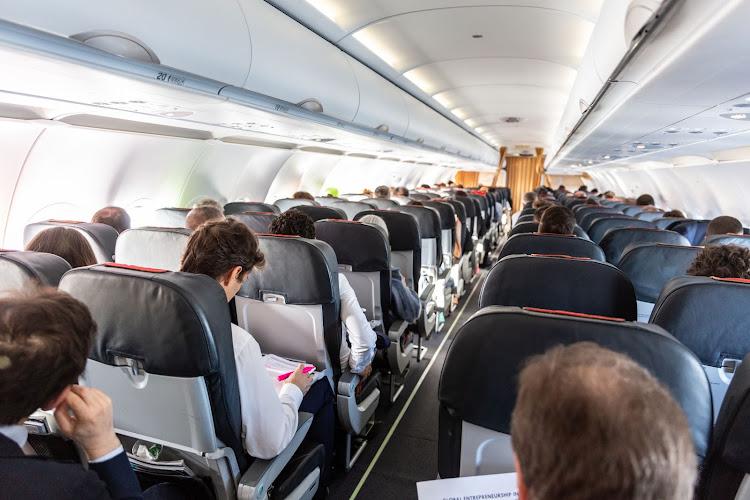 The nightmare year of 2020 brought the airline industry’s first decade of sustained profitability to a shuddering halt. The coronavirus pandemic tore through in a tumultuous, unprecedented way — leaving carriers in a deep hole, along with a constellation of aerospace manufacturers, airports and leasing firms.

2021 is shaping up to be a transition year for an enterprise that takes passengers on the equivalent of 208-million annual trips around the globe. At best, the path ahead will be bumpy, with progress towards a return to travel dependent on the pace of vaccine rollouts, access to capital, government policies and the unpredictability of a virus that’s not yet fully understood.

Still, there will be leaps, including the first commercial flights to near-space. Here are some developments to look for over the next 12 months.

Airline traffic won’t see a major boost until vaccines saturate populations enough to stamp down infection rates. Even then, it may take effort to get some people back on planes. In Europe, that’ll mean fares as low as €9.99, according to Ryanair Holdings CEO Michael O’Leary. On Thursday, the Irish discounter slashed its schedule to end-March, underscoring the uncertainties still clouding the industry outlook. Other ideas being floated to entice travellers are free hotel stays, two-for-one deals and complimentary travel insurance.

Travel-pass promotions from carriers such as China Eastern Airlines, which is offering unlimited flights for a single price, have proved popular, while online agents show ultra-cheap trips in China for the Lunar New Year holiday in February. The key question is how long it’ll take to wean customers off those incentives.

An upturn in leisure and family travel should hit most regions by about midyear. More lucrative business traffic is likely to trail as companies resist sending people out on the road. John Grant, chief analyst at flight-bookings specialist OAG, says it won’t be a recovery until enticements are no longer needed and carriers can manage routes for profit.

Airlines raised record amounts of money in 2020. More will be required in 2021. Stock sales and debt conversions will take on a greater importance as companies try to restore balance sheets to health. Governments, which ponied up $220bn in state aid in 2020 according to Moody’s, will continue to play a role. France and the Netherlands, the largest shareholders in Air France-KLM, are in negotiations to inject billions of euros more, while converting part of the €10.4bn already loaned into hybrid debt.

Carriers such as easyJet are likely to raise more equity, while cash burn remains a concern, according to Daniel Röska, an analyst at Sanford C Bernstein. Some airlines are in more desperate straits.

Norwegian Air Shuttle ASA’s court-supervised restructuring plan relies on attracting new investment and would largely drop its well-known trans-Atlantic business to focus on regional services. Creditors of bankrupt Thai Airways International are due to consider a rehabilitation plan in February. AirAsia X, the Malaysian long-distance carrier, and Thailand’s Nok Airlines are also due to present plans in coming months.

US airlines will receive $15bn in federal aid to help pay workers to March 31, on top of $25bn in similar help provided during 2020. The US treasury department has made billions more available in the form of loans.

Dozens of airlines have disappeared or filed for bankruptcy since the pandemic began. More are on life support, in danger of getting swallowed by stronger players. In Germany, Deutsche Lufthansa is taking straight aim at holiday specialist Condor by adding routes to sunny spots such as Zanzibar and Corfu. Condor, once a Lufthansa unit that, in 2019, survived the failure of then-parent Thomas Cook, could make a tempting target.

However, natural consolidators such as Lufthansa that accepted bailouts may be prevented from making purchases under terms of state aid packages. In India, Tata Sons bought out struggling partner AirAsia Group’s stake in a local joint venture. State-owned Air India is another potential target, possibly through Vistara, Tata’s venture with Singapore Airlines. Air India’s buyer would “definitely need to make it a lot leaner,” Bloomberg Intelligence analyst James Teo says.

After years of work and premature predictions, the first “ordinary” space adventurers are poised to take flight in 2021 with billionaire Richard Branson inaugurating commercial suborbital rides at Virgin Galactic Holdings. The company has told investors its spacecraft will carry Branson from New Mexico in the first quarter then commence services with a group of about 600 early customers who have paid as much as $250,000 a ticket.

A third outfit, Elon Musk’s SpaceX, is set to fly a four-person private crew for Axiom Space late in the year. The group will have a 10-day stint aboard the International Space Station as part of Nasa’s efforts to spur commercial enterprise in low-earth orbit.

While interest is starting to pick up for smaller jetliners, the market for twin-aisle aircraft from Airbus and Boeing is “beyond grim”, said aerospace consultant Richard Aboulafia. Sales were depressed before the outbreak, and a surplus of used models will crimp demand for years.

With long-distance travel on hold, Airbus and Boeing have seen higher retirement rates for their biggest planes within airline fleets and a dearth of new orders. And there’s not much sign of encouragement. Boeing is fighting to hold on to orders for the largest plane on the market, its 777-9, which is two years behind schedule.

Analysts see more production-rate cuts ahead for the better-selling Boeing 787 — which is also beset by production snafus — and the Airbus A350. Output of the less-popular A330 could go down to one a month, according to Agency Partners analyst Sash Tusa.

The plane has struggled to attract orders despite a re-engined version, with biggest customer AirAsia X’s financial troubles the latest blow. Still, analysts predict the programme will limp on at lower rates rather than being scrapped.

Major airlines packed into ever smaller destinations as the boom in air travel hit its zenith in 2019. Now, they’re dropping newly unprofitable routes to stem losses. Fewer flights, smaller planes and reduced big-city connections are eating into the economies of some tourism-dependent locations. A portion of the pullback could last indefinitely, according to OAG’s Grant. Particularly vulnerable are longer routes that were still in their developmental phase.

From late March, British Airways (BA) will permanently axe 13 long-haul destinations across North America, the Middle East, SA and Asia. Cathay Pacific will cease services to seven global locations as losses mount. Cities such as Manchester in England, are vulnerable to weaker links to key markets like China, while flights from Beijing to Lisbon, Barcelona and even Madrid could come under pressure as airlines re-evaluate.

Large Middle Eastern carriers such as Emirates and Qatar Airways, which thrive on whisking passengers across the world, aren’t likely to fill the gaps, according to Grant. He says they’re serving as many destinations as they can, given a dearth of connecting traffic. “It’s more about getting back to pre-coronavirus capacity and demand levels.”

While launching an airline into the teeth of the industry’s worst-ever downturn might seem reckless, there is some logic. Financing remains cheap, and the pandemic has created a huge fleet of grounded jetliners, many owned by leasing firms desperate to find new operators.

Plane makers are also seeking buyers for new aircraft following order cancellations — Boeing’s 737 MAX in particular as the model returns from a 20-month grounding. Incumbents have cut capacity and thousands of jobs, providing would-be rivals with a glut of experienced staff, while high debt levels limit their ability to fight back.

Among projects under way, Cyrus Capital aims to revive Britain’s Flybe after buying the brand from administrators, while newly founded Emerald Airlines has won a contract to provide regional flights for Ireland’s Aer Lingus. Oslo-based Flyr, set to launch in the coming months, wants to pick up traffic from Norwegian, and the founders of PT Lion Mentari Airlines are said to be planning a start-up in Indonesia.

In North America, Canada’s Flair Airlines aims to expand from three jets to 50 under a new brand and management, while in Miami, Global Crossing Airlines, flying as GlobalX, plans to operate charter flights to Latin America. SA lessor Global Airways helped launch discounter Lift on December 10 with its own surplus jets, indicating a possible new direction for finance firms stuck with idled planes.

Just as long security lines, removing your shoes and limits on liquids have coloured the post-9/11 experience of air travel, Covid-19 is likely to herald continued use of masks, social-distancing and apps for passenger records. “When we look back on this in five or 10 years, it’s going to be a catalyst for many changes,” says John Strickland of airline advisory firm JLS Consulting. Customers are likely to demand airlines maintain their current high levels of hygiene, which could affect profitability. One major change that’s becoming part of the landscape is the introduction of pre-departure Covid-19 tests.

Carriers had pushed for the step as a way to encourage travel, but had little success until the detection of a new strain of the virus in Britain forced governments to rethink. France and other European nations demanded screening for all UK passengers, while carriers including BA and Virgin Atlantic Airways made checks mandatory for US-bound flights — a policy the US is itself considering for flights coming in from abroad.

Separately, many airlines have eliminated change fees, and refunds could get easier after cash-strapped carriers held on to revenue for cancelled flights, prompting an outcry. Improvements to processes for boarding and check-in are also likely to become permanent.

This is the first time the online retail giant has purchased, rather than leased, aircraft
Companies
6 months ago