Australians head for the tills and stock up for the holidays

Shoppers are returning to physical stores to stock up for the holidays, with its coronavirus management the envy of many countries 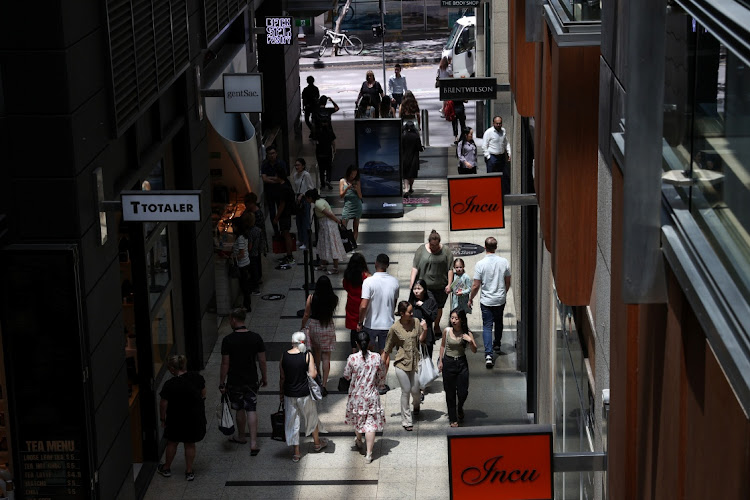 Holiday shoppers in a mall in the city centre of Sydney, Australia, on December 17 2020. Picture: REUTERS/LOREN ELLIOTT

Sydney — Australians packed into shopping malls on Thursday to stock up on supplies for the Christmas holiday season, spending money that might usually go towards overseas travel and cheering an annual rite that was threatened by the new coronavirus.

With travel and many social activities curtailed for most of the year by restrictions on movement intended to slow the virus, consumers have turned to home cooking and entertainment for their leisure — and spent up.

Australian retail sales rebounded a stronger-than-expected 1.4% in October, the most recent period covered by official data, and other figures have pointed to a solid recovery in the A$2-trillion ($1.5-trillion) economy.

Much of the spending has gone to online merchants, but with movement restrictions easing amid low numbers of new infections, shoppers have started returning to physical stores.

“I thought maybe we would be doing a lot more online shopping, so I feel really lucky that we can go into stores and have that physical experience,” said Jordan McCormack, a holiday shopper in Sydney. “When you look around at how busy the mall is, it’s like old times.”

Laticia Francini, another shopper on a muggy summer’s day in Sydney, said she had family in Italy where lockdowns had resumed following a rise in cases, so “we’re one of the luckiest countries in the world right now”.

Industry body the Australian Retailers Association said it expects sales after December 25, when many stores offer discounts, to increase 3.9% over the same period a year ago as people cash in on a swag of stimulus payments.

“The Australian economy is bouncing back,” said association CEO Paul Zahra in a statement. “Consumer confidence is on the rise, people are heading back to their favourite shops, and that’s reflected in these figures.”