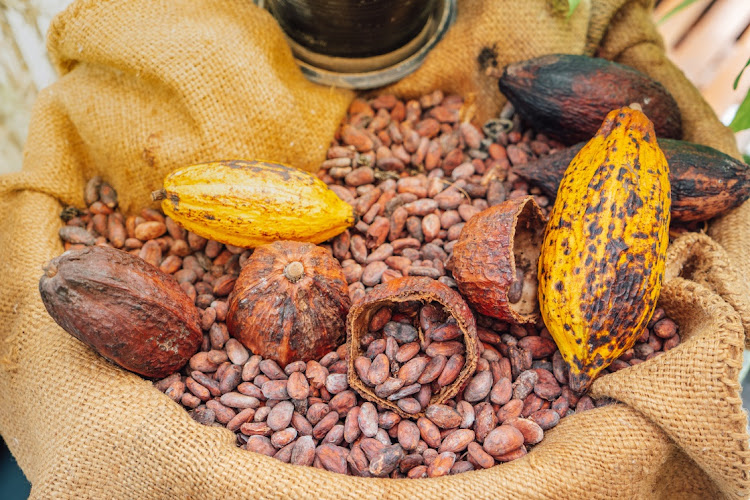 Abidjan — The world’s top cocoa producer says the $100bn chocolate industry is resisting paying a premium aimed at improving the livelihood of farmers.

Some cocoa buyers are backtracking on a commitment made in 2019 to pay $400/tonne on top of futures prices for supplies from top producers Ivory Coast and Ghana, Yves Kone, the MD of Ivory Coast’s regulator, Le Conseil du Cafe-Cacao, said in a November 18 letter sent to the World Cocoa Foundation.

The comments represent the latest escalation in a spat between the largest producers and some exporters which want to pay less for cocoa after the pandemic hurt demand. West African authorities say their stance shows they lack commitment to improving farmers’ livelihood.

Ivory Coast and neighbouring Ghana “have noticed that clients, and more specifically confectioners, using Covid-19 as a pretext, are resisting to pay the living-income differential (LID) by refusing to buy directly” from the two countries, Kone wrote in the letter to the World Cocoa Foundation, which represents companies including Barry Callebaut, Hershey and Nestle. His letter was verified by a spokesperson for the regulator.

The new pricing rules for cocoa from the harvest that started in October in Ivory Coast and Ghana have made cocoa that backs futures contracts more attractive as these supplies do not incur the premium. Hershey recently took the unusual step of directly sourcing a large amount of cocoa through the ICE Futures US Exchange in New York instead of buying beans from the physical market, Bloomberg reported last week.

“We’ve recently learnt that one of the biggest chocolate makers decided to buy cocoa from the exchange in a move that marks its opposition to the LID,” Kone’s letter said without naming Hershey. “Our takeaway is that there is a conspiracy to undermine the concept of a floor price, and by extension, to deny our countries’ cocoa growers a living wage.”

“To say that our longtime practice of buying cocoa from a variety of global sources is undermining the LID is simply not accurate,” Jeff Beckman, a spokesperson for Hershey, said. “We have always bought cocoa from a variety of sources and that will continue to be the case” as the American company needs a blend of cocoa from various countries to achieve the taste and quality consumers expect of its products, he said.

Hershey said it remains committed to paying the LID for cocoa from the 2020/2021 season, but added that there are still beans in the market that were produced and sold before the implementation of the premium.

Ghana and Ivory Coast agreed in a closed-door meeting to suspend buyers’ sustainability programmes to force them to stick to the pricing agreement for cocoa. The talks between the two countries, sometimes referred to as “cocoa’s Opec”, came after major traders took steps to avoid getting locked in at high prices.

The programmes’ suspension would threaten buyers’ ability to verify how cocoa is grown, at a time when consumers are interested in knowing where food comes from, whether it has been grown sustainably and without the use of child labour.

“All processors and chocolate makers, without exception, keep repeating publicly, especially to consumers, that they are putting in place ethical programmes to improve farmers’ revenues,” Kone said in the letter.

These programmes benefit only 10% of farmers and must be complemented by the LID to make an impact, he said, echoing comments by his Ghanaian counterpart.

Data this week showed cocoa processing in Europe fell 4.7% in the third quarter, to the lowest for that period in four years
Business
11 months ago