When it comes to lamb shawarmas made from pea protein, it’s all about the cooking method, the salt levels and ‘fat encapsulation’ technology 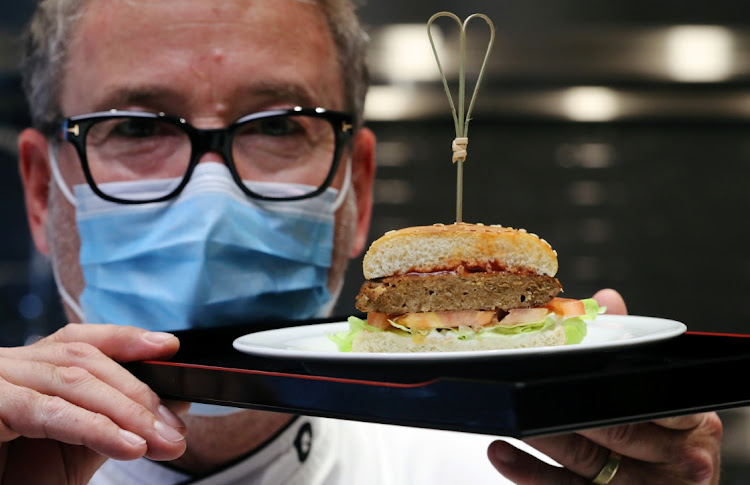 Zurich — At flavour maker Givaudan’s innovation centre near Zurich, veteran chef Sam Brunschweiler serves up a lamb shawarma dish that looks and tastes appropriately meaty but is made from pea protein.

The Swiss company and competitors, such as International Flavors & Fragrances (IFF) and Symrise, are vying to create the tastiest plant-based meat alternatives in a market that is growing fast on the back of consumer concerns about health, sustainability and animal welfare.

“A pea tastes like a pea. You put it in a burger, it’s not exactly what you would expect,” Givaudan’s head of savoury flavours, Flavio Garofalo, said.

Givaudan analyses how fat, proteins, sugars and water in meat produce different flavours when heated because “most of the flavour comes from the cooking”, Garofalo said.

Mimicking the conditions in a vessel with non-animal proteins, sugar and fat — and using less water for roasted and more for boiled flavours — allows specialists to re-create a meat taste without meat, he said, just as a strawberry flavour can be created from bananas and apples.

The market for plant-based meat analogues, dominated by US-based Beyond Meat, Impossible Foods and global food group Nestlé, is expected to be worth $27bn by 2025, according to Euromonitor.

Improving their nutritional profile, which typically has more salt but fewer vitamins and iron than meat, is also a challenge.

Pyett said research showed that salt is easier to taste in a juicy sausage than in a dry one, an indication that enhancing juiciness in meat analogues might allow for reducing added salt.

Garofalo said Givaudan have created flavours that allow cutting salt content by 35%-40% while keeping the taste.

The company has also developed a “fat encapsulation” technology that preserves fat in plant-based burgers during cooking as in real meat. Normally with plant-based products, most of the fats melt and flow into the pan. “Fat is present in meat in fat cells. When the fat melts, it’s inside a little capsule that only breaks at a certain temperature,” Garofalo said.

The technology, which is awaiting a patent, would keep the fat inside the patty and make it juicier, allowing for a reduction in fat content of up to 75% and of calories by about 35%.

Chantelle Nicholson, a London-based chef who participated in Givaudan’s Chef’s Council on plant-based food in 2019, said the fat encapsulation technology which is “a huge breakthrough” because fat gives flavour to meat and it is still difficult to get the same depth of flavour with plant-based alternatives.

For Givaudan’s peers Symrise and IFF, too, plant-based meat substitutes are a priority.

Symrise said it is particularly important to use natural ingredients from sustainable sources because consumers care about that. The German group has developed ProtiScan, a procedure allowing quick detection of off-tastes in food containing plant-based proteins.

US-based IFF, which increased its plant-based footprint through a merger with DuPont Nutrition & Biosciences, said it is about to launch technologies that improve mouthfeel and texture and use new natural maskers.

Consumers are looking more seriously at meat and dairy alternatives, with sales picking up in the likes of pea-protein and beet-juice burgers that ...
World
2 years ago

A win for ethical veganism or missing the point entirely?

A UK court pronounced ethical veganism a protected belief, just as as religion, but it shouldn’t be about veganism, writes Schalk Engelbrecht
Opinion
1 year ago
Next Article