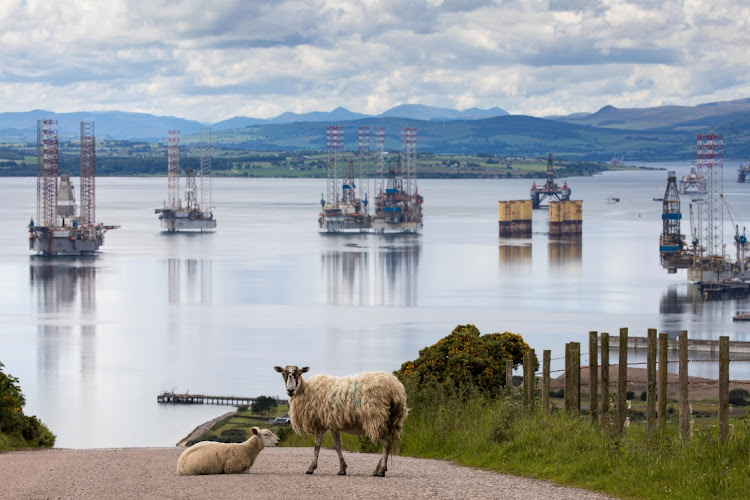 London — The way we think about how much fossil fuels contribute to our energy mix overplays its utility. That is because much of the energy from burning fossil fuels is lost as waste heat and noise, or “just sound and fury, signifying nothing”, as BloombergNEF’s Colin McKerracher puts it.

The average efficiency of coal power plants globally is about 33%, according to the World Coal Association. That is, only a third of the energy stored in the black lumps is converted to electricity. Many modern internal combustion engine cars have an efficiency of about 20%, transforming only a fifth of petrol’s energy into motion.

Why should something as dry and technical as energy-measurement warrant attention? Because misunderstanding it dramatically overplays the difficulty of meeting global clean-energy goals.

Let’s first define the terms. “Primary energy” is the measure of energy as found in nature, say blocks of coal or crude oil. “Final energy” is what’s available for us to use in the form of fuel or electricity. And “useful energy” is the fraction that is converted to, for example, move a car or light a room.

In the economic transition scenario, by 2050, fossil fuels may still provide 70% of primary energy, 60% of final energy and 55% of useful energy. But if the world were to take serious climate action, BNEF models that fossil fuel’s share of primary energy will fall to 28%.

The projections show that cheaper renewables and electric cars will not be enough. In the economic transition scenario, the world will still emit as much as 27-billion tonnes of carbon dioxide in 2050, only 16% less than 2019. It has to be close to net-zero emissions by then to meet the most ambitious climate goal under the Paris Agreement to keep warming to less than 1.5 °C. Emissions will fall to less than 5-billion tonnes in the climate scenario — much closer to where they need to be.

It’s not just the emissions that would be different under the two scenarios. In the economics transition scenario, the world in 2050 consumes 679 exajoules of primary energy — equal to 300-million barrels of oil per day. Whereas in the climate scenario the world consumes 574 exajoules, about 15% less.

As the world consumes more energy from renewables in the form of electricity, it manages similar economic output while consuming less primary energy. Generating electricity from solar and wind is highly efficient, and engines inside electric vehicles convert more than 80% of the energy stored in batteries into motion.

Understanding the enormous amounts of wasted energy produced from burning fossil fuels shows why replacing it with cleaner sources may not be as much of a lift as it seems. For example, the coal used to generate electricity makes up 15% of the world’s primary energy consumption today, but only 5% of its final energy.

Renewables don’t need to replace the wasted heat, which means the task for them is much more manageable. Of course, the wind does not always blow and the sun does not always shine, so replacing coal with renewables isn’t always straightforward. But the magnitude of the challenge is smaller than most people think.

“Electrical devices can sometimes offer higher than 100% efficiency,” BNEF analyst Matthias Kimmel said. That might seem odd. How can there be more energy as output than input? But that is exactly what heat pumps and air conditioners do. They use electricity to shift heat from the outside to inside, or vice versa, and typically provide three units of energy service for one unit of energy input, meaning an efficiency of 300%.

There is a complex history behind why “primary energy” drives conversations about energy demand and consumption, said Gniewomir Flis, an energy and climate adviser at the think-tank Agora Energiewende. But that history is not serving the current moment when the world needs to move away from fossil fuels quickly.

So, next time you hear someone say that humanity is addicted to fossil fuels, which provide 80% of our energy, you’ll know what to tell them: overcoming this addiction is going to be easier than our outdated numbers make it seem.

Ford SA opts for the sun, creating one of the world’s largest solar carports

The R135m project will provide 13.5MW of electricity, or about 30% of Silverton’s annual power requirements
Economy
5 months ago

1.
US to back SA proposal to waive vaccine IP ...
World
2.
Saudi Arabia may cancel the Hajj for a second year
World / Middle East
3.
People die in car parks as India posts a new ...
World / Asia
4.
New waves of infection crash around the world
World
5.
US moves to ban menthol cigarettes and flavoured ...
World / Americas

1.
US to back SA proposal to waive vaccine IP ...
World
2.
Saudi Arabia may cancel the Hajj for a second year
World / Middle East
3.
People die in car parks as India posts a new ...
World / Asia
4.
New waves of infection crash around the world
World
5.
US moves to ban menthol cigarettes and flavoured ...
World / Americas