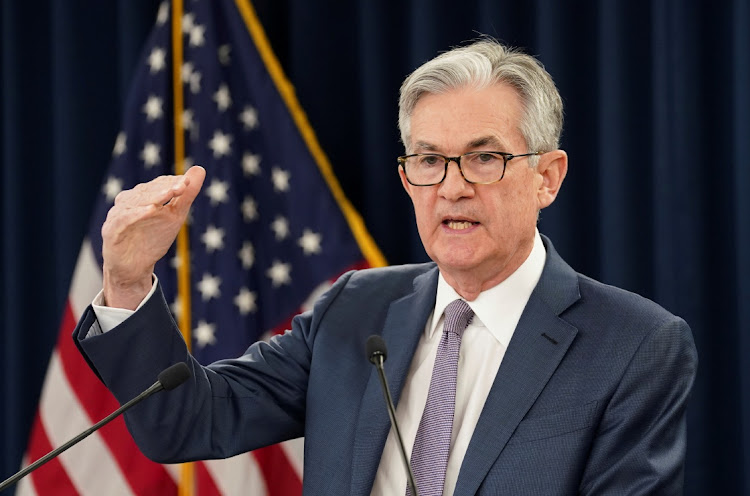 Three of the world’s top central bankers warned on Thursday that the prospect of a Covid-19 vaccine is not enough to put an end to the economic challenges created by the pandemic.

“We do see the economy continuing on a solid path of recovery, but the main risk we see to that is clearly the further spread of the disease here in the US,” Federal Reserve chair Jerome Powell said during a panel discussion at a virtual conference hosted by the European Central Bank (ECB). “With the virus now spreading, the next few months could be challenging.”

Powell was joined on the panel by Bank of England governor Andrew Bailey and ECB president Christine Lagarde. Both echoed his caution, and added to recent warnings from other central bankers against complacency.

Bailey called recent vaccine news “encouraging” and said he hoped it would reduce uncertainty but added “we’re not there yet.” Lagarde said while it’s now becoming possible to see past the pandemic, “I don’t want to be exuberant.”

The words of warning come as much of the US and Europe is enveloped in a new wave of coronavirus outbreaks. In the US, hospitalisations are at record highs. The Centers for Disease Control and Prevention on Thursday reported 10,314,254 cases of the novel coronavirus, an increase of 143,408 cases from its previous count, and said that the number of deaths had risen by 1,479 to 241,069, according to reports.

In Europe and the UK, governments have moved to reimpose lockdowns to limit the spread of the virus.

Fed officials next meet on December 15-16 and may tweak their bond-buying programme in a bid to offer the economy further support, a possibility Powell alluded to following their policy meeting last week. The BOE raised the size of its own bond-buying programme last week and the ECB has already flagged that it’s also getting ready to add to monetary accommodation in the eurozone in December.

US legislators are still debating additional fiscal stimulus following Democratic president-elect Joe Biden’s victory in last week’s elections and a stronger-than-expected showing by Senate Republicans, which may lead them to retain control of that chamber pending the outcome of two January run-off elections in the state of Georgia.

The central bank chiefs also suggested longer-term trends affecting the workforce have probably been accelerated by the pandemic, with uncertain effects.

“Even after the unemployment rate goes down and there is a vaccine, there is going to be, probably, a substantial group of workers who are going to need support as they find their way in the post-pandemic economy, because it is going to be different in some fundamental ways,” Powell said.

Lagarde sounded a slightly more optimistic note, citing the rise of telemedicine and digital payments as positive features of a more technology-reliant world.

“There will be transformation that will be beneficial. There will be sectors of services that were not available that can be now provided from anywhere to somewhere,” Lagarde said. “It will accelerate digitalisation, which is an area where Europe was a little bit lagging behind, and where clearly much progress had to be made.”

Names floated so far have have extensive experience either at the US treasury or the US Federal Reserve, or both
World
8 months ago

By granting the vaccine emergency-use listing, the WHO would effectively be recommending its use to member states
World
8 months ago

ISMAIL LAGARDIEN: UN needs to put on its armour for battle against vaccine nationalism

Its 15 bodies are a mixed bag of success, but they have a framework for intervention
Opinion
8 months ago
Next Article

Lagarde wants courage shown in taking on issues outside ambit of monetary ...

Lagarde wants courage shown in taking on issues outside ambit of monetary ...