Biden inches nearer to victory as Trump rages about ‘fraud’ 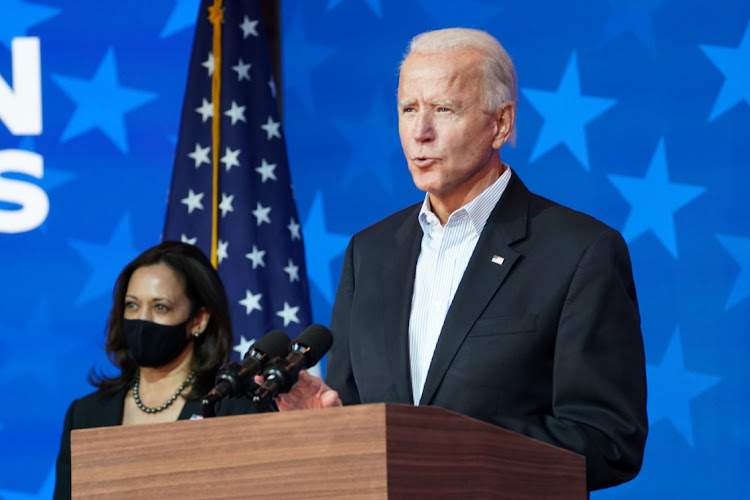 Washington  — Democrat Joe Biden crept nearer to victory over Donald Trump on Thursday in an exceedingly close US election that hinged on razor-thin margins in a handful of states, while the Republican president escalated his legal efforts to influence vote counting and made fresh unsubstantiated claims of voting fraud.

Biden, the former US vice-president, was chipping away at Trump's leads in Pennsylvania and Georgia while retaining slim margins in Nevada and Arizona.

Ballot tabulation dragged on in those battleground states two days after polls closed, while protesters from both sides staged demonstrations in major cities over the vote counting.

After an acrimonious campaign waged during the coronavirus pandemic, the election appeared to be moving towards a tense conclusion in the coming hours and perhaps days.

But many of the outstanding votes in Georgia and Pennsylvania were clustered in places expected to lean Democratic, such as the Atlanta and Philadelphia areas.

Trump, who attacked the integrity of the US voting system during the campaign, again on Thursday alleged voting fraud without providing evidence and accused Democrats of aiming to “steal” the election.

His campaign has filed several lawsuits in battleground states and called for a recount in Wisconsin, though some legal experts said the court challenges were a long shot unlikely to affect the election outcome.

Meanwhile, in brief remarks from his hometown of Wilmington, Delaware, on Thursday afternoon, Biden again urged patience and called for every vote to be counted.

“We have no doubt that when the count is finished, Senator Harris and I will be declared the winners,” said Biden, referring to his running mate, senator Kamala Harris. “So I ask everyone to stay cool, all people to stay calm. The process is working, the count is being completed. And we'll know very soon.”

At stake is whether to give Trump and his “America First” policies four more years in office after a tumultuous first term or turn to Biden, a figure on the national stage for a half century who promises to deliver steadiness at home and repair alliances overseas.

One of the most unusual presidential races in modern US history was held amid the pandemic, which has killed more than 234,000 Americans and left millions more out of work. Concern about the virus caused a surge in voting by mail, with the laborious counting contributing to the delayed results.

To capture the White House, a candidate must amass at least 270 votes in the state-by-state Electoral College. Such electoral votes are based largely on a state's population.

Most major television networks gave Biden a 253 to 214 lead in electoral college votes on Thursday.

Biden also led Trump by more than 3.7-million in the national popular vote, though that plays no role in deciding the winner. Trump lost the popular vote by about 3-million to Democrat Hillary Clinton in 2016 but won crucial battleground states to take the White House in an upset victory.

He is trying to avoid becoming the first incumbent US president to lose a re-election bid since fellow Republican George HW Bush in 1992.

Trump, who has often relished legal battles during his turbulent business career, was at the White House working the phones and monitoring developments on television, two Trump advisers said. He has been talking to state governors as well as close friends and aides and dispatched some of his closest advisers out in the field to fight for him.

Biden has largely remained at home in Delaware and has consulted with aides including legal adviser Bob Bauer.

Protests spread in US as ballot counting drags on

Biden's hopes for a decisive early defeat of Trump faded as the president took solid leads in Florida, Georgia, Ohio and Texas
Features
8 months ago
Next Article