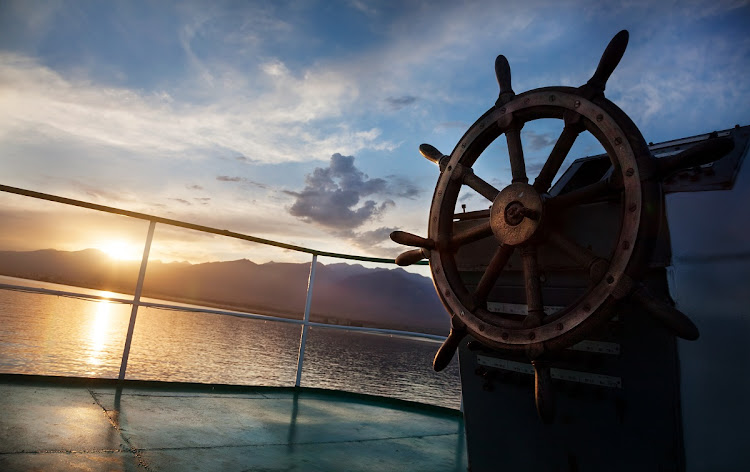 Cleveland — Carnival Fantasy was a ship famous for its outlandish décor, all-night revelry and its size — back when 2,000 was an incredible number of passengers. The “Fun Ship” vibe it introduced in 1990 came with such whimsical spaces as an Egyptian-themed piano bar, decorated with a fake sarcophagus, and a glitzy glass-topped atrium that was the hub of the social scene.

Today the Fantasy is attracting a whole different breed of booty-seeker. In July, the 30-year-old ship sailed to the Aegean Sea, wrapping its final voyage in the ship-breaking capital of Aliaga, Turkey.

Its resting place there is a demolition yard where old cargo ships, tankers, research vessels — and now cruise ships retired during the Covid-19 pandemic — get torn apart and broken into pieces. In this case, they’re not being broken in half to get upgraded and stitched back together. Instead, circling the Fantasy’s partially deconstructed innards are buyers from all sorts of industries, looking for rock-bottom deals on everything from artwork and kitchenware to electrical wires and stainless-steel sinks.

For the cruise company, it’s an opportunity to recoup at least some value from an asset that’s acting as dead weight; while ships’ values decline with age, the Fantasy was originally built for about $225m. And for the recycling companies that buy the vessel for cash and take on the hazardous task of emptying all its valuables, it’s a matter of a months-long salvage resale on steroids.

It’s hard to gauge exactly how much money is made off cruise ship recycling. Companies don’t immediately disclose the sale prices of the vessels after relinquishing ownership, and the resale value of their most sought-after commodity, scrap steel, fluctuates in each global market on a daily basis.

But the business is booming.

Next to Carnival Fantasy in Aliaga are two other Fantasy-class ships built in the late 1990s. And next to them are two former Royal Caribbean vessels (scrapped by Royal’s Spanish partner line Pullmantur Cruceros). The ships all had big fan bases, even as they aged. Fantasy and its sister ships started 2020 full of passengers bent on fun-in-the-sun activities in the Caribbean, Bahamas and Mexican Riviera.

The ships would have left the fleet in coming years even in a healthy industry; the pandemic sped up the process, with owners of idled vessels haemorrhaging cash and looking to cut their losses.

In its third-quarter filing, Carnival Corporation said it planned to sell 18 “less efficient” ships in 2020, resulting in a 12% reduction of its nine-brand fleet. “Those ships were giving us a bad drain,” Carnival CEO Arnold Donald said during a recent webinar with the Society of American Travel Writers.

Without much of a market for second-hand tonnage, the main worth of the ships is the steel that makes up the superstructure.

If, for instance, Carnival Fantasy has 15,000 tonnes of steel in its superstructure, the scrap may sell for upwards of $4.7m based on current global market prices — though other factors also come into play, such as local prices and demand.

Along with the risk of these market fluctuations, the buyer also takes on the uncertainty of just how much metal can be salvaged. Pre-1990s ships tend to have more steel in their hulls and underwater plating, but those built in the 1990s and after can bear lighter and stronger alloys.

Either way, steel and metal scraps will travel to a smelter to make rebar for construction projects around the world. Steel from some other dismantled ships can find its way to Turkey’s large car manufacturing industry, where it might become parts for a Toyota or a Ford.

Aluminium, copper and stainless steel are also salvaged and resold, along with other valuable commodities that mostly remain in Turkey. The ripped-out teak decks on Fantasy may end up in local shops, restaurants and homes. Theatre scenery and lighting may find its way into show productions. Even the tackiest artwork has some value, and can end up in restaurants throughout the country.

Buyers come to the yard for everything down to the bolts and nuts. Even if a used toilet sells for a fraction of the shelf price, multiply that amount by a few thousand — given the number of cabins and public spaces on each ship — and it can add up to a substantial sum.

According to Orbay Simsek, vice-president of the Aliaga-based Simsekler Ship Recycling Company, there are even markets for kitchenware, cupboards and blankets.

Basically anything and everything that can be sold, sells. Everything must go. Even the sarcophagus.

Taking apart ships is a controversial topic, thanks to concerns over human and environmental risks. It’s one of the most dangerous jobs in the world, according to Wouter Rozenveld, director of Sea2Cradle, an expert in green ship recycling who was hired by Carnival to oversee the safe dismantling of its ships. Each Carnival vessel may take up to nine months to break down, he says, and the blowtorch-based work comes with constant fire hazards.

Those hazards are amplified when the recyclable component pieces, such as furniture, cabling, piping and machinery inside each deck, have to be carefully taken apart and separated, says Ehud Bar-Lev, who oversees assessment services at maritime specialist Lloyd’s Register.

The extra steps in disassembly also increase potential for hazardous waste spills, containing everything from oily residues to sludge, asbestos and coolants in fridges.

To prevent those incidents, the Turkish ship-breaking yard undertakes its work in a concrete holding area that catches debris; in similar facilities throughout India and Bangladesh, the process may happen on the beach. Rather than letting toxic chemicals spew into the water, the Turkish yard collects the materials, has them catalogued by Sea2Cradle, and then hands them over to the government-run Ship Recycling Association of Turkey for proper disposal.

Carnival Corporation saw these precautions as a marketing opportunity, making a highly unusual move to publicise its efforts as “responsible recycling”. But it was the ship-breaking yard, not Carnival, that saw the biggest windfall as a result: never before has Aliaga seen five mega cruise ships in its harbour.

There may be more coming in the months ahead.

“The longer the pandemic rages on in the world, the more cruise ships will end up in scrapyards, and my guess is at an increasingly younger age,” says ManWo Ng, a maritime management professor at Virginia’s Old Dominion University. “Even if a vaccine becomes available, how many of us will be comfortable jumping right back on cruise ships?”

Amid a rise in activity, companies are grappling with the question of who pays if something goes wrong
World
6 months ago

Machine learning and AI tools can identify the presence and absence of fish on deck; the next stage is to identify volumes and fish species
World
6 months ago
Next Article