A new report emphasises risks associated with lending to industrial agriculture, which is a major cause of biodiversity loss 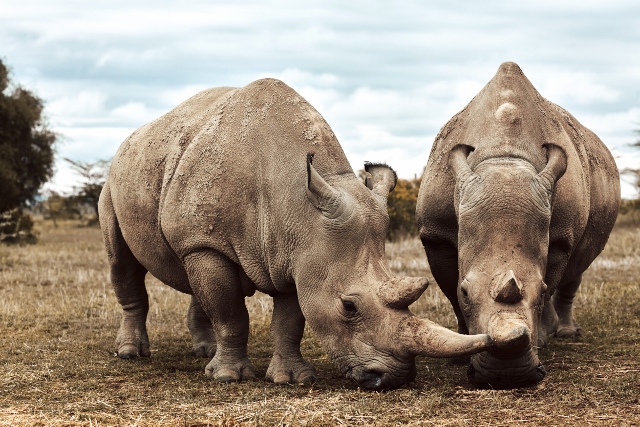 Northern white rhinoceros are on the very brink of extinction. The two females left alive are living at the Ol Pejeta Conservancy in Kenya. Picture: BBC NATURAL HISTORY UNIT/ALEX BOARD

London — Campaigners called on Wednesday for global banks to stop financing industrial activities driving animal and plant species towards extinction, after a report ranked 50 lenders involved in sectors that pose the greatest threat to wildlife.

While European and US banks have faced years of pressure from regulators or environmental groups to act on climate change, their role in financing economic activities that destroy biodiversity is also coming under growing scrutiny.

Portfolio.earth, a network of researchers that published the “Bankrolling Extinction” report, said none of the lenders had adequate systems to limit the effects of their loans on the web of animal and plant life that supports human wellbeing.

“Banks are starting to realise that if they invest in sectors that cause climate change, that will hurt their returns,” Liz Gallagher, director of portfolio.earth, told Reuters. “Banks need to understand that the same holds true for destroying biodiversity.”

The report found that in 2019, the 50 banks provided loans and underwriting of more than $2.6-trillion to sectors such as industrial farming and fishing, fossil fuels and infrastructure that scientists say are big drivers of biodiversity loss.

Kai Chan, an environmental scientist at the University of British Columbia, and a leading author of a global study published in 2019 that found a million species are at imminent risk of extinction, endorsed the findings.

“Imagine a world in which projects can only raise capital when they have demonstrated that they will contribute meaningfully and positively to restoring the planet's bounty and a safe climate for all? That’s the future this report envisions and builds towards,” he said.

Bank of America and Citigroup, identified among the 10 biggest lenders, declined to comment, referring Reuters to existing sustainability pledges. BNP Paribas, also ranked highly, said the authors had not contacted it or shared their methodology so it could not comment.

HSBC, also ranked in the top 10, pointed out that it had teamed up in August with climate change advisory firm Pollination Group to create an asset management venture focused on “natural capital”, which seeks to put a value on resources such as water, soil and air to help to protect the environment.

“Climate and nature are intricately linked, and the financial services industry can help customers transform their businesses to low carbon and also enable credible investments that preserve and protect nature and biodiversity,” said Daniel Klier, global head of sustainable finance at HSBC.

Banks also pointed to their support for various biodiversity initiatives, such as a new Task Force on Nature-Related Financial Disclosures, designed to boost transparency among companies and the finance sector, but some investors want more.

The report emphasised the risks associated with lending to industrial agriculture, which is a major cause of biodiversity loss, particularly when tropical forests in the Amazon basin or Asia are cleared to grow commercial crops.

“This report from portfolio.earth confirms what our research also shows, that banks globally still need to step up their game and develop an approach to protect biodiversity,” Peter van der Werf, senior engagement specialist at Netherlands-based asset manager Robeco, said.

Scientists have said a minimum of 30% of the planet must be safeguarded, and losing pollinators could cost annual agricultural output by $217bn
World
1 year ago

Rediscover the wonder of nature with ‘Seven Worlds, One Planet’

Rediscover the wonder of nature with ‘Seven Worlds, One Planet’