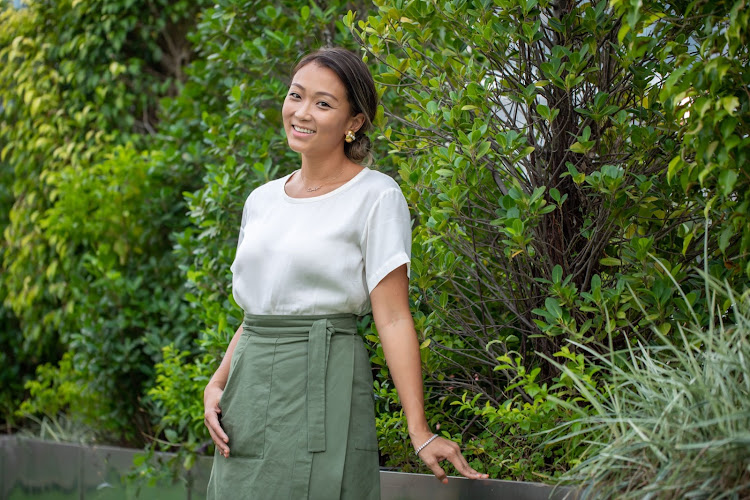 Hong Kong — When she ran a company that sold American clothing labels in China, textile heiress Veronica Chou was a globe-trotting executive who made headlines for her socialite lifestyle and lavish 2012 wedding in Hong Kong. Now, she’s trying to clean up the fashion industry.

A member of the $2.7bn family empire built by her father Silas Chou, she said she’s now devoting her time and money to start-ups that make one of the world’s most wasteful industries more sustainable. After selling the family stake in a Chinese joint venture with New York-listed Iconix Brand Group for $56m in 2015, she started her own eco-friendly label, backing suppliers that are using innovative technologies to make materials and clothes.

“I’ve definitely changed my lifestyle and behaviour,” said Chou. “We have to look at how to cut back consumption and make things that don’t harm the planet. But we have to consume — we need to clothe ourselves.”

It’s a bold bet. Sustainable fashion is a sliver of the $1.8-trillion global apparel industry, which has ballooned over the past decade amid a boom in low-cost, quick-to-market clothing championed by the likes of Zara and her father. But Chou is joining a growing list of start-ups seeking to key in to shoppers concerned about the impact on the environment, a market Research and Markets expects will grow to $8.25bn by 2023.

The fashion business produces 20% of the world’s wastewater and 10% of carbon emissions — more than all international flights and maritime shipping combined, according to a UN report. It takes about 7,500l of water to make a typical pair of jeans, while the equivalent of one garbage truck of textiles is sent to landfills or burnt every second.

“The industry is missing its own sustainability targets by a mile unless it changes course,” said Karl-Hendrik Magnus, a McKinsey senior partner. “This creates a huge advantage for smaller brands and players focused on sustainability.”

Some 66% of consumers surveyed in a McKinsey study said they consider sustainability when making a luxury purchase. Still, only 31% of Gen-Z and 12% of Baby Boomers are willing to pay more for sustainable products, according to the consulting firm.

Big brands have begun to respond, with Inditex’s Zara pledging this year to use 100% sustainable fabrics by 2025. H&M earlier committed to do so by 2030.

Deciding which technologies and materials will succeed, though, is difficult. “It’s still fairly unclear which of the many great innovations in the market will scale and become dominant,” said McKinsey’s Magnus.

Chou’s Everybody & Everyone brand offers clothes such as blazers made from fermented agricultural waste, or lounge pants woven from a wood pulp-based fibre that uses 50% less water and produces half the emissions of a synthetic equivalent. She’s also pushing her family to invest in start-ups that offer solutions to climate problems.

“There are so few people legitimately putting their money where their mouth is when it comes to sustainability — Veronica’s one of them,” said Niall Dunne, CEO of UK-based biodegradable plastics maker Polymateria, which Chou’s family invested in. “There’s a lot of greenwashing. She’s got a green mandate and knows how to do it.”

Chou’s grandfather started one of Hong Kong’s biggest knitwear companies, South Ocean Knitters. Her father would later transform the family business with early investments in Tommy Hilfiger and Michael Kors. After earning degrees in communications and business from the University of Southern California, Chou used Iconix to bring American brands including Badgley Mischka and Madonna’s Material Girl to China.

She became a regular in celebrity gossip media, appearing in photographs with Princess Beatrice and super model Naomi Campbell. Her wedding in Hong Kong to a Russian businessman included a custom-made replica of a Russian palace overlooking the city’s famous harbour.

Born in Hawaii and based mostly in London, Chou is riding out the pandemic in Hong Kong and insists she’s not the fashionista the magazines make her out to be. She says she offsets all the carbon emissions from her travels and buys vintage apparel to promote re-use.

She’s also pushing for more sustainable investments in her family’s portfolio, which includes early and seed-stage start-ups in telecommunications, media and technology through Novel TMT Ventures, an investment firm run by Chou’s half-brothers Bruno and Luis, that has more than $70m under management, according to Crunchbase. Chou says that amount is considerably more now, but declined to disclose it.

Chou joins her father, brothers and sister on weekly video conference calls to discuss “all the deal flows” they’ve come across. In a typical week now, they might look at 30 companies — reflecting an increase since the pandemic, she said. “I’ll be the one asking what these potential investments are doing about the packaging, what about renewable energy,” she said.

The family has divested most of the fashion holdings that formed the foundation of the Chou fortune and is now focused on investing, she said.

Her sustainability focus helped steer family investments into start-ups such as Rent the Runway, which hires out designer clothes and is valued at $1bn after investments from Franklin Templeton Investments and Bain Capital Ventures. The family also invested in The RealReal a consignment platform for second-hand luxury goods that is now listed with a market value of $1.2bn.

Novel TMT also invested in Modern Meadow, which is using biotech tools to grow leather in a lab. Chou, herself, is an adviser to New-York based start-up, Perfitly, which lets shoppers try on clothes with a customised 3D avatar that cuts down returns significantly. Chou says family investments can be as small as $50,000 or more than $5m for equity, with the goal of making a several-fold profit via a public share offering or sale.

“It’s profit with a purpose, it’s not charity,” said Chou, who was also a director of Karl Lagerfeld Greater China and continues to be an investor in the brand’s global business.

Chou said she sometimes funds companies that the family rejects, investing in earlier seed and A-rounds. She seeks out material sciences or innovations that are “regenerative” for the planet, have passed the research and development phase, and are headed for commercialisation. Her investment timeframe is five to 10 years before exit.

“I get more excited about the earlier ones. They’re more ground-breaking,” she said. “We want to make sure these technologies scale and are being used as much as possible if we want to make an impact in the world. It can’t be just accessible by the elites.”

Chou’s Everybody & Everyone line debuted in late 2019 but was pulled after the pandemic began and relaunched in September with a “work from home” range that features comfortable pants and tops made from biodegradable eucalyptus fibre. Some sweatshirts are made with a recycled silver coating that is supposed to have anti-microbial and anti-odour properties. The brand also offers $32 T-shirts made from reclaimed cotton and ocean plastic.

To help people reduce the size of their wardrobes, Chou offers clothes adaptable to different seasons, such as a $288 calf-length puffer jacket made from 330 plastic water bottles that can be zipped off and worn short in warmer weather. All items come in sizes 00 to 24, a range rarely offered by big brands, inspired by Chou’s “disordered eating” habits as a young woman when she and her girlfriends strove to look like super models.

And while her father ran factories, Chou has none. Her brand is aimed at US consumers, and sales have come from every state, she said.

“The younger generation of consumers cares about the planet and cares about justice, whether it’s women’s rights, racial equality or climate justice. There are conscious consumers who are willing to pay a little more for products that support their values.”

While the number of small, eco-conscious brands is growing, most don’t have Chou’s resources.

“It’s a competitive advantage,” said Janine Stichter, vice-president and speciality retail analyst at Jefferies Group. “The only companies we see develop technological innovation in the industry are the big companies, such as Nike. There aren’t many start-up brands than can do it.”

Rent-a-wardrobe coming to your bedroom soon

Clothing rentals, which have taken off in the US, UK and Sweden, are expected to reach SA and change the way we view fashion
Companies
1 year ago

Coherent government policy will ensure exports of hydrogen-enabled chemicals, fuels and products to markets in Europe and Asia
Opinion
11 months ago
Next Article