Dino Michael, in charge of refurbishing the Waldorf Astoria and Conrad in New York, says such jobs take years longer than a pandemic, and wealthy clients are itching to get ou 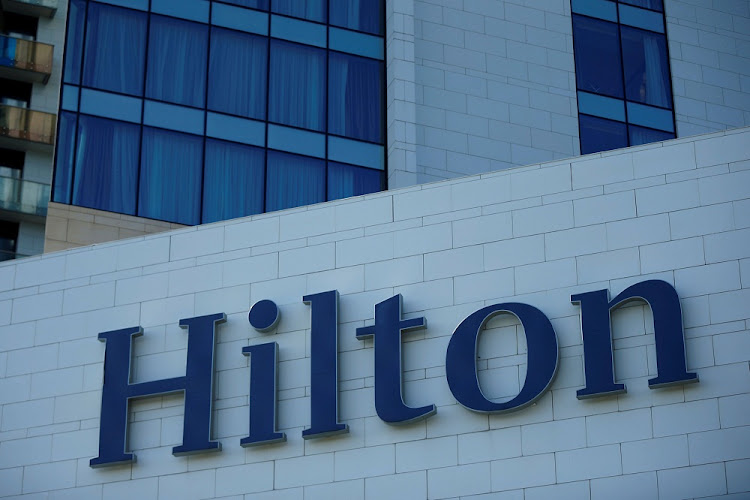 New York — Dino Michael took on one of the most coveted jobs in travel, that of global head of luxury brands for Hilton Worldwide, in November 2019. Four months into his tenure, the industry collapsed around him.

That means that for most of the time he has been in charge of Hilton’s crown jewels — Waldorf Astoria, Conrad, and the collection of independent properties known as LXR — he has been focused on difficult, long-distance troubleshooting, rather than glamorous long-distance travel.

For someone who started the year dreaming big about the renovation and reopening of New York’s iconic Waldorf flagship and expansion plans around the world, the Covid-19 pandemic may have come as an especially big shock. But speaking with from London, Michael is steadfastly optimistic.

“The one thing that has stood out to me over the last few months is — given how big an enterprise we are — how nimble we’ve been able to be,” he says, pointing to the quick rollouts of flexible cancellation policies and strict cleaning measures that the company committed to under the Hilton CleanStay initiative it announced in late April.

Even with the company’s second-quarter earnings reports that show overall revenue per available room dropping by 81% year on year, with the luxury segment taking a disproportionate hit when compared with extended stay and limited service brands, Michael is bullish. His two highest-end properties in New York, the Waldorf and the Conrad, have clung to life while such mid-priced behemoths as the Hilton Times Square surrendered to fate.

“Right now,  service looks a little different. It’s more hands-off, we understand that. But service is even more important right now ... and with [our] winter coming, there’s real opportunity.”

The Waldorf’s long-awaited reopening was supposed to take place in 2021. As with many an ambitious renovation, that’s been pushed back — most likely until 2022, Michael says. Roughly two-thirds of its 1,400 rooms are being converted into luxury condos designed by Jean-Louis Deniot; the sales office for Waldorf Towers opened in February, with 75 units listed, just before the pandemic arrested all development in Manhattan.

But the spaces travelers know and love will be “restored” more than “renovated”, Michael says, of an effort to return to their original post-war grandeur.

“We’re taking out every single window frame, peeling back every piece of wallpaper,” he begins, describing a project that’s estimated to cost $1bn. “We’re doubling every room in size. I think we’ll have the largest entry-level room in the city — over 57.5m2.”

He also mentions such historical refurbishments as converting the ornamental flower pots at the top of the Park Avenue entryway back to the large lighting fixtures that once spotlighted women’s dresses as they waltzed through the double doors. In the process, at least 80,000 decorative objects have been removed and put up for auction.

As for the oversized meeting and event spaces that have made the hotel a global bastion for fancy weddings and black-tie galas? Michael says “it’s too early to tell” how this will shake out, though he feels confident that the spaces will continue to see life for hybrid events that some attend in person and others check into virtually.

On the future of luxury brands

When it comes to building and reviving the world’s grand dames, Michael says the pandemic isn’t even in view.

“These types of projects take five to eight years to complete,” he says. “That lets us look beyond Covid-19.” He adds that the current realities may permanently alter some behaviour — such as opting to wear a mask when we have sniffles, to reduce the odds of spreading illness — but says hotel development happens on a long enough lead to render pandemic-specific design plans unnecessary.

Even in the shorter term, Michael says his brands are making more tweaks to service than to spaces.

“Our three brands have always taught ‘emotional intuitive service’, which is all about reading the cues,” he says. “If you’re still nervous about traveling, and you’re sanitising your hands the second you get out of the car, we’ll offer to help — but from a distance, rather than heading straight for your luggage. It’s even more important now to look at these human cues, to look at the behavior adjustments we have to make.”

Conrad, he adds, might be his best-positioned brand right now. Even though its native crowd of business travelers has been grounded, the brand’s signature hi-tech infrastructure — fast Wi-Fi, well stocked desks, teleconferencing devices, good sound systems — caters well to those who’d rather “work from anywhere” than work from home. Such types are plentiful; hotels have found lifelines in “workation” packages and in renting rooms by the hour to boxed-in locals.

That’s no guarantee of business, though. Such properties as the new Conrad Punta Mita on Mexico’s Pacific coast or the Conrad Maldives Rangali Island might be better positioned to win over travelers than the Conrad New York, a sky-high tower in Manhattan’s currently quiet financial district.

No matter, says Michael. “The leisure sector will come back before the corporate sector. That’s where luxury is well placed. People have had major trips cancelled and are itching to get out.”

Indeed, wealthy travelers have long been booking their holiday getaways, trusting that luxury hotels will offer better ratios of space per person and the highest standards in privacy.

On travel’s rebound at large

“The last thing any government wants to do right now is go back to full lockdown,” said Michael, despite increased case counts that are leading officials in France and the UK to consider such mandates.

He adds that the rebound will depend on where you live. If safe, in-person schooling helps parents — a generally cautious demographic — feel comfortable that their children will remain virus-free, despite spending their days in group settings, winter vacations may not carry as great a perceived risk.

“We will get to a point where people will travel but be more vigilant,” Michael concludes. “Frustration and pent-up desire related to spending so much time in the same four walls — that will override anything. Of that, I am optimistic.”

Extended disruptions to travel have led to tighter corporate travel budgets, an increasing pace of group cancellations and a dearth of new bookings
Companies
1 year ago