Both Eli Lilly and J&J have paused trials, but this is normal in all trials, says one doctor, who would be worried if it didn’t happen 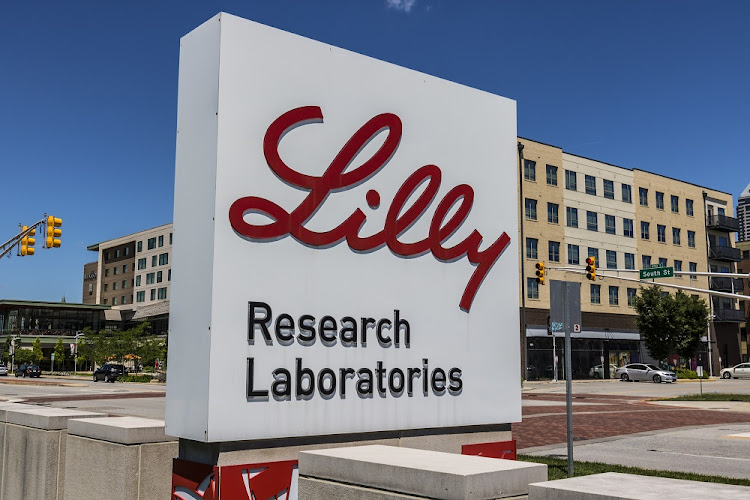 New York/Minneapolis — The sprint to find medical breakthroughs to contain Covid-19 stumbled this week, as a pair of pharmaceutical giants working to develop treatments and vaccines suffered setbacks in the clinic.

On Tuesday, Eli Lilly said that enrolment in a government-sponsored clinical trial of its antibody therapy had been paused out of safety concerns. That came less than 24 hours after Johnson & Johnson said research on its experimental vaccine was paused after a study volunteer fell ill.

The developments are likely to heighten worry that the pursuit of products to prevent and treat infections is moving too quickly. Regulators and drugmakers have faced questions about whether political pressure was overwhelming scientific rigour ahead of the presidential election on November 3. Last week, US President Donald Trump, trailing in the polls, touted antibody treatments as a cure, and his administration has pushed hard for the rapid approval of the treatments and a vaccine.

However, the trial complications are happening in an environment of intense scrutiny, executives and industry observers said, and the highly public nature of the hunt for vaccines and treatments is magnifying events that in other studies would be considered routine.

“I’m not surprised at all that these pauses are happening, whereas I would be surprised is if they weren’t happening,” said Greg Poland, director of the Vaccine Research Group at the Mayo Clinic in Rochester, Minnesota.

The US has poured nearly $18bn into Operation Warp Speed, its programme designed to hasten the development of virus drugs and inoculations. Companies have been moving at unprecedented speeds to develop complex and innovative products for a virus that has killed more than 215,000 Americans.

The need to find viable treatments and ways to arrest the spread of the virus is becoming more pressing. Cases are climbing again in the US and Europe ahead of what public-health officials have warned could become a dangerous winter with Covid-19 circulating unchecked alongside seasonal influenza. More virulent outbreaks could spur the need for more economically damaging infection-control measures.

J&J’s vaccine was considered one of the front-runners in the race for an inoculation. Along with rival shots made by Pfizer and partner BioNTech, Moderna, and AstraZeneca and the University of Oxford, its safety and effectiveness is being studied in a large trial. Hope for the shot’s effectiveness has been high, since it is expected to be delivered in a single dose. Some rival shots will require a second injection.

J&J CFO Joseph Wolk said in an interview that the company doesn’t know whether the person who was sickened had received the vaccine or a placebo. He said that J&J is sticking to its development timeline and plans to be able to produce 1-billion doses a year.

“Everybody is anxious to get a vaccine for the pandemic, for the right reasons,” Wolk said, “but nobody is cutting corners or suggesting that there be undue pressure to make that happen.”

The stakes in a vaccine trial are especially high, since inoculations are given to people of all ages, many of whom are otherwise healthy. Poland, of the Mayo Clinic, said he had never seen a vaccine trial under as much scrutiny as the Covid-19 trials.

“No-one wants to misstep here,” he said. “The decisions we are making will affect our children, our parents, our families. We aren’t making decisions in a void.”

Wall Street analysts who follow the drug industry said pauses are a common feature of clinical trials, and earlier data on J&J’s vaccine and Lilly’s antibody treatment had been encouraging.

“Trial halts are fairly common, and though we don’t know the exact reason for this stop, the majority of safety incidents aren’t usually related to the vaccine,” Shore Capital analyst Adam Barker wrote in a note about J&J’s temporary halt.

A phase 3 trial of the Astra-Oxford vaccine candidate is also on hold in the US after an unexplained illness, though studies elsewhere have been resumed.

Eli Lilly’s drug is part of a promising class of therapies known as monoclonal antibodies, which top US infectious-disease expert Anthony Fauci has called a bridge to a vaccine. Last week, the company asked the US Food and Drug Administration to grant it an emergency-use authorisation after data from earlier studies showed the drug could reduce hospitalisation.

The National Institutes of Health is testing Eli Lilly’s treatment in Covid-19 patients in and out of the hospital. Preliminary data from the trial, known as ACTIV-3, isn’t yet available. Eli Lilly is developing its antibody with Canadian biotechnology company AbCellera Biologics.

The treatment is similar to one being developed by Regeneron Pharmaceuticals that was given to Trump after he tested positive for coronavirus. He credited the Regeneron drug for his recovery and vowed to make it and Eli Lilly’s treatment widely accessible.

Trump’s illness and his endorsement of antibody drugs have put a spotlight on the two therapies, which, prior to his stint in the hospital, had taken a back seat to vaccines in the public eye. As the campaign intensifies in its final weeks, and Covid-19 case counts rise, drugs like Lilly’s will be increasingly the centre of attention.

“Normally this stuff never makes the news,” said the Mayo Clinic’s Poland. “This is under a microscope and every sneeze and hiccup gets reported.”

A 25-year-old man living in Nevada, US became infected with two different genetic variants of the SARS-CoV-2 virus in less than two months
World
11 months ago