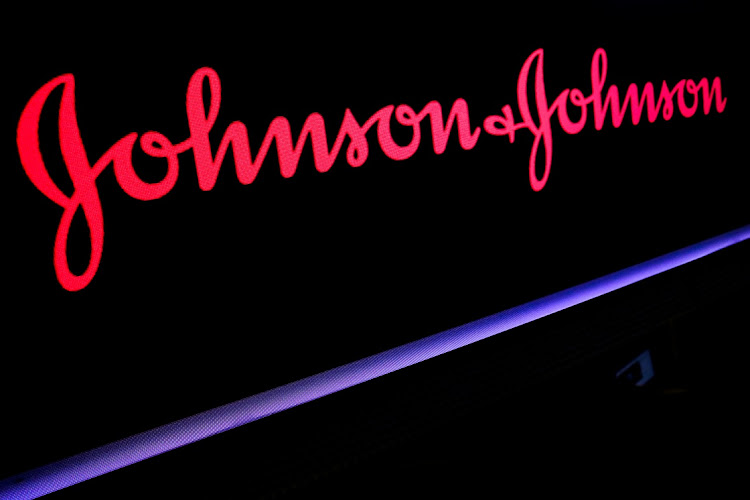 The Johnson & Johnson logo is displayed on a screen on the floor of the New York Stock Exchange. Picture: REUTERS/BRENDAN MCDERMID

New York — Johnson & Johnson says its Covid-19 vaccine study has been temporarily halted after a clinical trial participant experienced an unexplained illness, the second time that a front-runner developer has paused a trial amid the intensifying race to create a viable immunisation against the virus.

The New Brunswick, New Jersey-based company said in a statement late on Monday the participant’s illness is being evaluated, and that it would share more information after further investigation.

“We are committed to providing transparent updates throughout the clinical development process of our vaccine candidate,” J&J said. “Adverse events — illnesses, accidents, etc — even those that are serious, are an expected part of any clinical study, especially large studies.”

While pauses in late-stage testing are routine in the pharmaceutical industry, J&J’s interruption may contribute to concerns over safety with Covid-19 vaccine research progressing at an unprecedented speed this year. Developmental processes that usually take years have been compressed into months, egged on by politicians wanting a quick pandemic fix.

British drugmaker AstraZeneca last month temporarily stopped tests of its own vaccine candidate after a trial participant fell ill. That study has resumed in a number of countries, but remains halted in the US.

J&J executives are likely to face questions about the trial pause on Tuesday when they present third-quarter earnings. Representatives for the US Food and Drug Administration could not immediately be reached for comment.

“The news from the Johnson & Johnson vaccine is good news in that it demonstrates that the regulatory safeguards to protect the public are still in place,” said Michael Kinch, a vaccine specialist and professor at Washington University in St Louis. He said more information is needed to tell whether the issues with J&J’s vaccine are related to the illness in AstraZeneca’s trial participant.

In the AstraZeneca incident, a trial subject who got the vaccine came down with unexplained neurological symptoms, prompting a temporary halt in early September. Though trials have since resumed in the UK, Brazil and SA, work remains paused in the US, raising questions over whether regulators there have lingering safety concerns.

J&J’s setback will add to these worries, delivering another reality check for a world awaiting a vaccine against a virus which has affected 37-million globally. It is a reminder of how long it takes to bring a successful shot to market, despite promises from politicians and governments that a Covid-19 fix is around the corner.

The pursuit of a vaccine has become a political topic, with some observers concerned that US President Donald Trump’s eagerness to see a shot authorised before the election could compromise the scientific process. Trump has repeatedly announced the goal in contradiction to top science officials in his administration.

The US Food and Drug Administration  has been working for months to hammer out standards for vaccines seeking to be fast-tracked to market. The agency said in early October it would demand two months of safety data before it would review any application for a vaccine emergency-use authorisation.

An inoculation must clear a higher bar than a treatment because it is injected into healthy individuals. Public trust in a vaccine will be crucial as health authorities try to convince millions around the world to take it. Drugmakers have condensed the development timeline for their vaccines substantially, but are eager to avoid the perception that they are bending to political interference and have pledged to avoid scientific shortcuts.

While there are hundreds of Covid-19 vaccines being developed around the world, J&J is among a small group of vaccine makers which have progressed into final-stage human studies. The company is dosing up to 60,000 volunteers in the first big trial of an Covid-19 inoculation that may work after just one shot.

Besides in the US, it is also recruiting trial participants in Argentina, Brazil, Chile, Colombia, Mexico, Peru and SA.

J&J CEO Alex Gorsky joked in an interview earlier this month that he is asked “almost every 15 minutes” when a vaccine will be available. At the time, he reaffirmed J&J’s expectation that by “late this year, early next year” the company could begin reviews with regulators for possible emergency use authorisation. That timeline may now be in question depending on how long the trial is paused for.

AstraZeneca, Pfizer and Moderna are among other western developers with late-stage clinical trials. Pfizer has said it could have the data to support an application for an emergency authorisation as soon as this month. Moderna does not expect to have such data until late November.

Russia has tried to leapfrog the process in the race to be first with a Covid-19 shot, approving its Sputnik V product before it has undergone full testing, drawing widespread scepticism. China has several candidates in the works and the country’s top biosafety scientist said last month that shots would be ready for public use as early as November or December.

New requirements will add to the time to review any vaccine, potentially past election day, but the FDA won’t bend to political pressure
World
6 months ago