US officials are mulling restricting the expansion of Ant Group’s Alipay and Tencent’s WeChat Pay, but this could hinder US services trying to expand into China 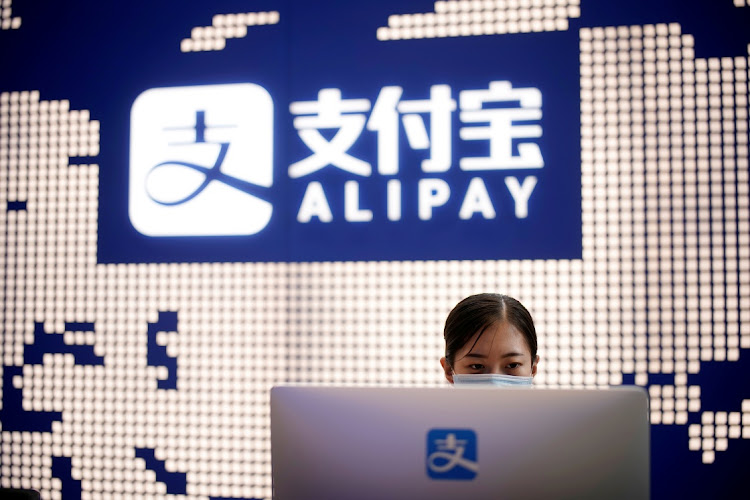 US officials have stepped up behind-the-scenes talks in recent weeks about possibly restricting the expansion of Ant Group’s Alipay and Tencent Holdings’s WeChat Pay over concerns that the digital-payment platforms threaten national security, Bloomberg reported on Wednesday.

If the administration proceeds, the most immediate hit would be to Ant Group’s plan for a stock listing in Shanghai and Hong Kong, a deal that could rank as the world’s largest initial public offering (IPO). Some international companies have been working with the payment apps and could see those strategies hurt or derailed. And while restrictions may ultimately head off potent competitors to US and European banks, it could also — depending on how China responds — thwart their own planned expansion into the world’s second-largest economy.

Here’s a breakdown of the many companies with business at stake as US President Donald Trump’s administration weighs its decision.

Investors have been eager to pile into Jack Ma’s Ant Group. After gauging early interest, the company is seeking to raise at least $35bn in its IPO, people familiar with the matter have said, potentially topping Saudi Aramco’s record $29bn sale. Ant lifted the target based on an increased valuation of about $250bn, which would exceed the market capitalisation of Bank of America, the second-largest US lender.

Restricting Alipay would cast a pall over the sale. It’s unclear whether US investors would be allowed to buy shares. American funds including Silver Lake Management, Warburg Pincus, and Carlyle Group already put at least $500m in the fintech giant in 2018. The sanction also could give pause to non-US funds, such as Singapore state investors Temasek Holdings and GIC — existing backers that could boost their stakes in the IPO.

Ant Group generates the vast majority of its revenue in China. But the Trump administration’s deliberations may at least prompt investors to recalibrate expectations for the payment apps’ international growth.

The prospect of someday offering services to US consumers “is a huge shot of adrenaline to the heart of the business”, said David Menlow, president and founder of IPOFinancial.com. Now, investors “will be thinking twice”.

US banks Citigroup, JPMorgan Chase and Morgan Stanley are working as sponsors for the IPO in Hong Kong — which alone could raise about $17.5bn, according to people familiar with the matter. It’s unclear how US restrictions would affect the investment banks’ hard-fought relationship with Ant.

For US officials, the concern is that the growing popularity of Alipay and WeChat Pay internationally gives China unprecedented access to banking and transaction data that could ultimately include personal information on hundreds of millions of Americans. The question is whether authorities in China might raise similar concerns about US firms.

Initially, Alipay’s foray into the US focused on places where Chinese consumers visit and shop, such as luxury stores in New York or tourist destinations in California. But last year, things began accelerating as Alipay inked deals with retailers such as drugstore chain Walgreens, placing the app’s logo in front of millions more US consumers.

At the same time, US payment networks have been pushing into China. In November, Visa and Mastercard announced deals allowing their cards to be added to the WeChat Pay and Alipay wallets — making it easier for cardholders from outside China to shop on the mainland, where the apps already dominate all forms of commerce.

“We will look at any partnerships that we need to according to whatever regulations are in place,” Ann Cairns, Mastercard’s vice-chair, said in an interview with Bloomberg Television. “Our strategy, though, is to have an open system and to work with as many players as we can around the world.”

The card networks have longed to expand into China. “I couldn’t be more excited,” Visa CEO Al Kelly told investors in May. There was more progress recently, with American Express getting approval in June to start bank-card clearing services in China.

Now, any actions against Alipay or WeChat Pay could spell trouble for the US networks’ ambitions.

For US banks, the news comes with upsides and downsides. American bankers have long feared domestic consumers would one day embrace Chinese-style payment apps, which seamlessly allow people to shop, order takeaway food, pay bills and manage brokerage accounts using mobile phones. A variety of banks and technology companies have tried and failed to gain the kind of dominance allowing them to head off outside competition.

On the other hand, US banks have been eyeing China as fertile ground for revenue growth.

Wall Street giants such as Goldman Sachs Group and JPMorgan have waited for decades to move into the nation’s $45-trillion financial market. Five top US banks had roughly $70bn of combined exposure to China in 2019. But even that’s small compared to their ambitions for expansion there.

JPMorgan’s joint venture in the region has begun offering brokerage services, investment advisory and underwriting businesses. Goldman has said it wants to take full ownership of its joint venture in China. It hopes to double its workforce in the country as it ramps up asset- and wealth-management offerings.

If financial services firms are dragged into a tit-for-tat between the two countries, it could complicate such strategies and threaten the relationships they have spent years trying to build with giant Chinese companies such as Alibaba Group Holding, which owns a one-third stake in Ant.

Brands, including Marriott hotels and KFC restaurants in China, use Ant’s Alipay super-app, building their own lite-apps that can help users book rooms and order food. Asset manager Vanguard Group set up a joint venture with Ant to provide automated financial advisory services in China. The robo-adviser lured more than 100,000 people in the country as of June. Ant is also working with the joint ventures of mutual fund operators such as Invesco.

Still, the Trump administration’s guideline for Tencent’s instant-messaging app WeChat could offer clues to how the US might handle payment platforms. It has allowed US companies to continue working with WeChat outside the US. Alibaba’s shares reflected optimism that Ant’s business would remain mostly insulated, rising 1.4% in the US and trading little changed in Hong Kong.

By 2019, Sub-Saharan Africa boasted 469-million mobile money accounts — more than any other region in the world
World
11 months ago