New sanctions come as the bloc says the election that kept Lukashenko in power was neither free nor far, but Cyprus and Turkey are holding out 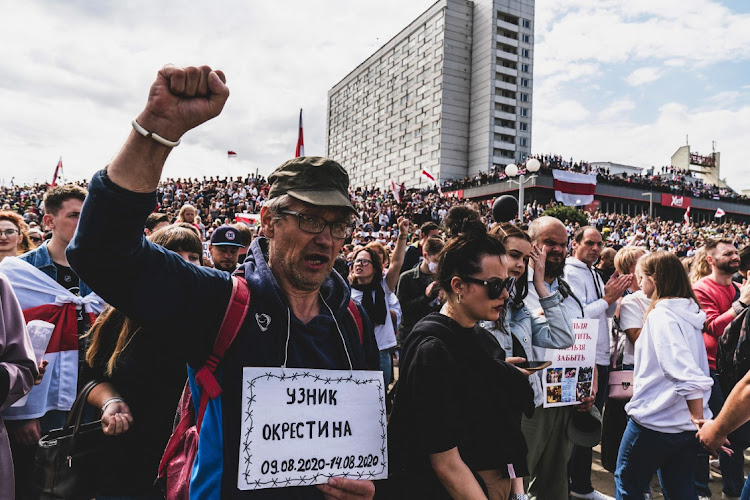 Brussels — The EU is due to impose sanctions against Belarus on Friday in a bid to pressure President Alexander Lukashenko to hold a fresh election.

With the UK and Canada already taking action against the regime, EU leaders agreed at a summit in Brussels that stretched into the early hours of the morning to impose asset freezes and travel bans on about 40 Belarusian officials. The deal was reached after Cyprus lifted its veto on the measures.

The bloc says that the August 9 vote that saw Lukashenko re-elected was neither free nor fair and it condemned the regime’s violence against peaceful protesters and arbitrary arrests. Lukashenko himself won’t be included on the list of sanctioned officials, EU summit chair Charles Michel said.

The EU is trying to project its influence and support democratic values beyond its eastern frontiers as Lukashenko, with the backing of Russia’s Vladimir Putin, clings to power after 26 years in office. But its efforts have been hamstrung by conflicting national interests and a rule book that gives every member state a veto over foreign policy decisions.

“The sanctions against actors in Belarus will go into effect,” German Chancellor Angela Merkel told reporters after the decision. “That means the EU is now acting against those who stand against democratic movements. That is a very important signal.”

Lukashenko was sworn in for a sixth term at a surprise ceremony on September 23 despite hundreds of thousands of opponents turning out at weekly demonstrations across the country. Western governments, including Germany and Lithuania, have refused to recognise his victory, while exiled opposition leader Sviatlana Tsikhanouskaya said she is the legitimate winner of the election.

On Tuesday, the UK imposed sanctions on Lukashenko, his son Victor, head of presidential administration Igor Sergeenko and five other senior figures in the Belarus government. US President Donald Trump extended existing sanctions against Belarus in June and US secretary of state Mike Pompeo told Fox News on Thursday that the US would “look at the tools” to do more to help the people in Belarus deliver the outcomes they are demanding.

The Belarusian foreign ministry said on Friday that the country also enacted its own sanctions list, which won’t be made public, and that it may reconsider its participation in joint programmes with the EU and could even cut diplomatic ties.

“Sanctions send a signal to Belarus and the international community of EU states’ frustration with a fraudulent election and continued violent crackdowns on protesters and opposition figures,” Olga Oliker, director for Europe and Central Asia at the International Crisis Group, said in a statement. “However, they are unlikely to change Lukashenko’s calculus and policies.”

Cyprus had refused for weeks to sign off on the Belarus penalties unless other member states agreed to expand a blacklist against Turkey over its controversial natural-gas exploration in the eastern Mediterranean. Other governments, including Germany, were wary of provoking Turkish President Recep Tayyip Erdoğan, who plays a key role in containing illegal migration into Europe, and the deadlock dented the bloc’s push to exert more geopolitical clout.

To get Cyprus on board with Belarus, EU leaders agreed to use “all the instruments and the options at its disposal” to defend member states’ interests if there is further provocation from Turkey.

“We would have a toolbox, all necessary tools, at our disposal,” said Ursula von der Leyen, president of the European Commission, the EU’s executive arm. “We can trigger them immediately.”

Italian Prime Minister Giuseppe Conte emphasised that the EU wants a “constructive dialogue” with Turkey while Mark Rutte of the Netherlands said that the struggle to act against Lukashenko showed the EU rules need reforming to remove the veto rights for individual countries.

The decision prompted an angry response from Ankara, with the foreign ministry saying the summit decision was “detached from reality” and insisting that Turkish Cypriots will continue exploration in the disputed waters unless there’s an agreement on sharing revenue.

Turkey and Cyprus have been at loggerheads over offshore gas reserves in disputed waters off the Cypriot coast. While the Republic of Cyprus officially has sovereignty over the entire island, it has been effectively divided since Turkey’s military captured the northern third in 1974, following a coup attempt in which a military junta in Athens sought to unite Cyprus with Greece.

The Turkish minority’s self-proclaimed state in the north, recognised only by Ankara, also claims rights to any energy resources discovered off its coast.

As long as anybody in the bloc can block everybody, all will lose
Opinion
11 months ago
Next Article

Some police defecting from Belarus where Alexander Lukashenko demands loyalty

Some police defecting from Belarus where Alexander Lukashenko demands loyalty