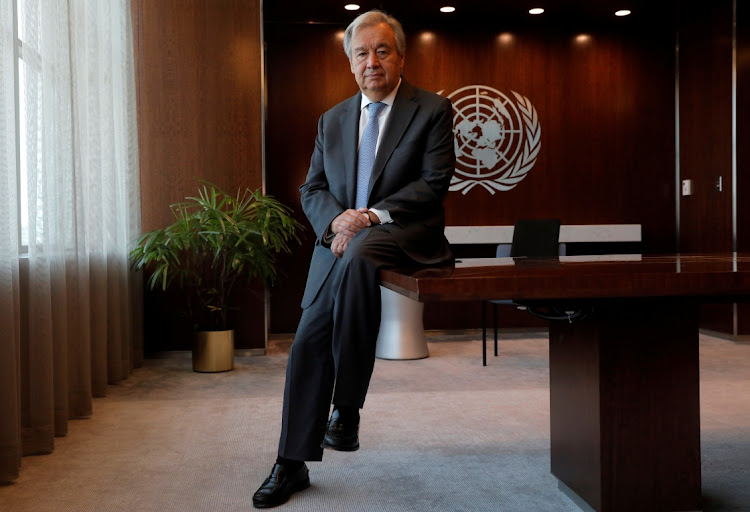 New York — Over the past week, 190 countries addressed the UN general assembly, nearly all of them represented by presidents, prime ministers and ministers. Only nine of them were women.

UN secretary-general Antonio Guterres said women watching “have a perfect right to feel that they are not represented, and their voices are not valued”. He also told world leaders last week: “Gender inequality remains the greatest single challenge to human rights around the world.”

The general assembly will convene again on Thursday for a high-level meeting to mark the 25th anniversary of a landmark conference on women — where then-US first lady Hillary Clinton declared that “women’s rights are human rights” — and push for gender equality and the empowerment of all women and girls.

At the 1995 conference in Beijing, 189 countries agreed to make a priority the “full and equal participation of women in political, civil, economic, social and cultural life at the national, regional and international levels, and the eradication of all forms of discrimination on the grounds of sex”.

Many diplomats have lamented that the world would struggle to agree such a strong declaration now. A main point of contention in recent years has been long-agreed international language on women’s sexual and reproductive health and rights.

“On women’s rights issues at the global level, the fear now is that 25 years after Beijing there is a counteroffensive to reduce the magnitude of women’s rights,” French UN ambassador Nicolas de Rivière said on Wednesday. “We want to avoid that and we are aiming at further progress and not regression.”

US President Donald Trump’s administration has led a push at the UN against the promotion of sexual and reproductive health and rights for women because it sees that as code for abortion. It has opposed such language in UN resolutions.

Trump told world leaders last week that “America will always be a leader in human rights” and that his administration is advancing “opportunity for women” and “protecting unborn children”. US education secretary Betsy DeVos is due to take part in Thursday’s UN meeting.

In May, Washington accused the UN of using the coronavirus pandemic as an opportunity to promote access to abortion through its humanitarian response to the deadly global outbreak. The UN rejected the accusation.

The Trump administration cut funding in 2017 for the UN Population Fund because it said it “supports, or participates in the management of, a programme of coercive abortion or involuntary sterilisation”. The UN said that was an inaccurate perception.

“Women’s rights to health care services, including those related to sexual and reproductive health, must be protected,” UN human rights chief Michelle Bachelet tweeted on Monday, which was international safe abortion day.

Guterres also said the world needs to end a “horrifying increase in violence against women and girls” during the Covid-19 pandemic, describing it as a “hidden war on women” and adding: “Preventing and ending it requires the same commitment and resources that we devote to other forms of warfare.”

When Julius Malema took the oath as a parliamentarian, he swore to uphold SA’s laws. As Clicks burns, does he remember this?
Opinion
10 months ago
Next Article