Journalists caught in visa war between US and China 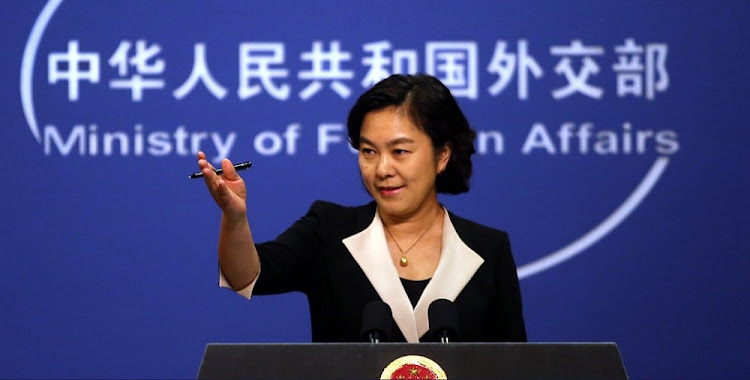 Beijing — Beijing has held off renewing the expiring media credentials of journalists at US media outlets, including Bloomberg, CNN and the Wall Street Journal, the news organisations reported, amid a tussle with Washington over journalist visas.

The Wall Street Journal's Jeremy Page, who is British, as well as US CNN reporter David Culver and two nonUS Bloomberg journalists were issued letters allowing them to continue working in China with their expired media credentials for about two months, the outlets reported respectively.

"#CNN journalist and a few other US journalists' visa extension applications are being processed, during which they can continue to live and work here with no problems at all”, she added.

Visas allowing foreign journalists to live in China are linked to their media credentials.

A CNN spokesperson confirmed that one of its Beijing-based journalists was recently issued a visa valid for two months.

“However, our presence on the ground in China remains unchanged, and we are continuing to work with local authorities to ensure that continues,” she said.

Journalist visas in China typically last for one year.

A Bloomberg spokesperson declined to comment. A spokesperson for Wall Street Journal parent Dow Jones did not immediately respond to a request for comment.

The Foreign Correspondents’ Club of China said that at least five journalists at four US news organisations had been affected, and that the foreign ministry had indicated that the letters issued instead of media cards could be revoked at any time.

“These coercive practices have again turned accredited foreign journalists in China into pawns in a wider diplomatic conflict,” it said.

“The FCCC calls on the Chinese government to halt this cycle of tit-for-tat reprisals in what is quickly becoming the darkest year yet for media freedoms,” it said in a statement.

Beijing and Washington, whose relations have deteriorated sharply over a range of issues, have exchanged several tit-for-tat actions involving journalists.

In March, the US slashed the number of Chinese nationals allowed to work at the US offices of major Chinese state-owned media to 100 from 160.

China then expelled about a dozen US journalists working for the New York Times, Wall Street Journal and the Washington Post.

China has accused the US of holding visa extensions for Chinese journalists “hostage” while it demands that the previously expelled journalists from the three US newspapers be allowed to return to China.

The assertion jeopardises negotiations over the sale of ByteDance’s prized international asset, which deals are already under Trump scrutiny
World
1 year ago

US releases declassified diplomatic cables on arms pledges to Taiwan

The cables, part of the US's campaign against Beijing, make clear that military build-up will result in more arms sales to Taiwan
World
1 year ago