Robotic bartenders lack the flare of a good mixologist, but means less human contact — a good thing in pandemics 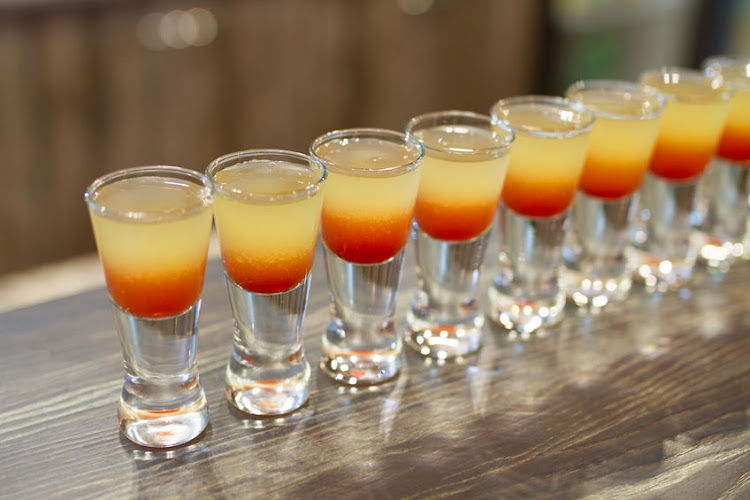 Mount Pleasant — While there seems to be a new video every day of maskless youths blithely partying outside (and inside) bars, many people have actually been drinking less during the pandemic. Half of Americans say they aren’t excited at all about heading back to their favourite watering hole — or any bar for that matter.

Indeed, fear of enclosed spaces and sloppy, less-than-socially distanced crowds may change drinking culture for a long time to come. It’s already threatening the future of your friendly bartender.

Countertop cocktail makers have been available for years. Larger-scale commercial options have been mixing drinks and entertainment, using robotic arms to whirl and shake cocktails in clubs from Europe to Dubai and aboard cruise ships. But the pandemic may have opened the door to a bigger stage.

A woman placing her pink face mask down on an empty bar and clinking glasses with a robotic bartender was not your typical drinking ad before Covid-19. But in a time when fellow drinkers and bartenders are possible disease vectors, the austerity of contactless cocktails can be comforting.

“In robotic bars like ours, there is no kind of contact with [people] because you can order and pay through your mobile phone, so you touch nothing,” said Emanuele Rossetti, CEO of  Italy-based Makr Shakr.

To be sure, robotic mixologists won’t solve the risk of close quarters — which is part of what makes bars ideal hot-spots for transmitting the coronavirus. Your local bar probably doesn’t have the money right now to bring in a more-than-$100,000 robot, either. And big-ticket customers, such as cruise lines anchored for months, are stuck in a pandemic-induced financial pinch. Rossetti said the initial impact was a “very big slowdown”. but conversations about new orders have started up again.

Dina Zemke, an associate professor at Ball State University who studies how physical environments affect services, said robotic bartenders are more entertainment than serious mixologists, and that while bartenders still have a future, bars themselves may change.

There are semi-robotic options that may catch on more — such as automated dispensers for wine and mixed drinks, she said. And there are non-alcoholic options, too: “Sally” is a $35,000 salad-making robot that aims to clean up the supermarket salad bar.

But Alan Adojaan, CEO of Estonia-based start-up Yanu, said his company has created a prototype robot bartender that’s getting interest from airports and casinos.

“The concept of a bar is completely changing now, and the concept of nightclubs and public events,” Adojaan said. While humans are needed to maintain and stock automated bars, mechanised mixologists do succeed in cutting out the customer-bartender interface.

At the Tipsy Robot in Las Vegas, Makr Shakr machines typically pour out popular drinks such as Pineapple Planet and Long Island Iced Teas for casino-goers. They have to use a bar tablet to order their drinks, so it’s not as free from risk as using your mobile phone, however.

The venue was only open for one month this summer before a second state-ordered shutdown due to a surge in local Covid-19 cases, GM Victor Reza Valanejad said. “We noticed that compared to other bars, we were doing much better and people were actually very, very happy to come order at the Tipsy Robot because you have much less contact than a traditional bar.”

Optimism rises that there will be a return to alcohol, tobacco sales
National
11 months ago

Winefarm workers are losing their jobs and livelihoods due to the ban, as illicit sales are thriving
National
1 year ago
Next Article

Wanted Online: No booze? No problem! Four boutique mixers that can be enjoyed ...

How much longer will the cocktails in Saudi Arabia be virgin?

Wanted Online: No booze? No problem! Four boutique mixers that can be enjoyed ...

How much longer will the cocktails in Saudi Arabia be virgin?