While good design can bolster community bonds, poor planning can have a negative effect on city dwellers 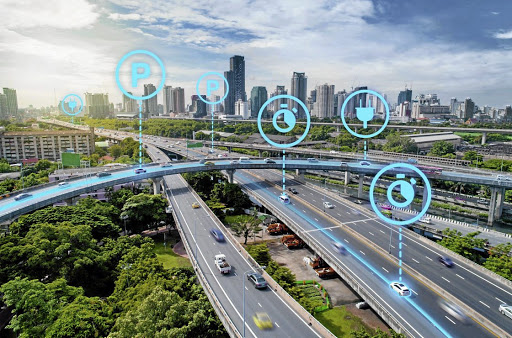 Washington — Justin Garrett Moore and his partner were walking across a privately controlled public plaza in New York when they were suddenly confronted by security guards asking about their presence.

The night-time confrontation near Penn Station was quickly resolved, but Moore, a Black man in his forties, was outraged. Still, he focused his frustration on his own profession: urban planning and design.

While good design can bolster community bonds, poor planning can have a negative effect on city dwellers, said Moore, who is the executive director of the New York City Public Design Commission.

“This can make places that are not necessarily comfortable for everyone, or can encourage oversurveillance or overpolicing,” he said.

As the US grapples with issues of race, inequality and policing since George Floyd’s death in May, Moore and others say the conversation needs to include a focus on the role of urban planners and designers.

“It's really important for people to understand how much the built environment, public space, housing, land use, development patterns are directly connected to our systems of policing — how we regulate space and people,” he told the Thomson Reuters Foundation.

Julian Agyeman, a Tufts University planning professor, published an article in July referring to the history of urban planning being used as a “tool of white supremacy”.

He pointed to historical segregation in Minneapolis, where Floyd died in police custody.

Many planners are now focusing on the flip side, too: urban design's potential to heal communities.

Kurt Christiansen, president of the American Planning Association, said the effects of Floyd's death had to be viewed in the light of historical trauma inflicted on Black communities, including discrimination wrought by planners.

Such discrimination had led to inequality in housing, transportation, education, health and employment, he said.

Design and planning should be receiving more attention in conversations about community rebuilding, Christiansen added.

“If poor design decisions pulled us apart, better planning can use the texture of the city to help heal and unite us,” he said.

Efforts to infuse justice into urban design go back a century, but something feels different this summer, said Bryan Lee Jr, a designer and leader of a decade-old international movement called Design Justice.

Thousands of people have committed in recent weeks to working towards the aims of Design Justice, he said, such as no longer “being complicit with the building of prisons, jails, police stations and the general surveillance state”.

Design Justice also urges members to move away from a typical planning metric that focuses on an area's median income, a key data point in the allocation of federal resources, and instead to look at median wealth.

The change would underscore the yawning wealth gap between white and minority households, Lee said.

Design Justice proponents also seek to change “white-centred designing standards”, he said, away from the single-family home that continues to dominate US zoning but which “negates that most cultural communities live in congregate”.

Focusing on the underlying legal framework is key, said Jay Pitter, an urban planning expert at the University of Toronto and senior fellow at the Canadian Urban Institute.

She cited public space as an example.

“When we're talking about policing and public space, we're not just talking about law enforcement professionals. What is implicated here is the legal system,” she said.

Pitter pointed to the spectrum of laws that govern many public spaces, covering loitering, indecency, noise and other issues. Many are rooted in racist laws of the past, “part of a larger set of laws that intentionally hem people in,” she said.

Urban design’s ability to include or exclude is fundamental to its potential in responding to the current national discussion around race and inequality, planning experts say.

That includes exacerbating or releasing tension over a community’s alienation, defining its relationship with law enforcement, and offering a place for protest that is not stacked against the public.

A common approach to designing public buildings was to make them “anti-riot”, while since the 9/11 attacks the focus has been to “close things off, limit access”, similar to the rising tendency towards privatising public spaces, he said.

“What planners should be doing is figuring out how to make them accessible and safe, to realise that these are places where protest can happen, and to give opportunities to people to clearly be part of the public realm.”

The sheriff's office in Alameda County, outside San Francisco, in 2014 created a public space in a notoriously dangerous part of town, according to an Urban Institute report, hosting parties, recreation and vendors.

Police officers subsequently reported an uptick in community members calling on and interacting with them — while “many deputies reported feeling more connected to the community”, the report found.

There is a role for designers to “create spaces of shared interaction, including outside protest,” Treskon said.

Take down the ‘no’ signs

Bringing people together was a key strategy for Memphis, Tennessee, when it sought to remake two little-used parks commemorating the Confederacy that had become flashpoints for community tension, according to organisers.

Through work with a national nonprofit called Reimagining the Civic Commons, groups in Memphis sought to redesign and “reclaim both of these parks ... to make them inclusive spaces”, said Carol Coletta, head of the Memphis River Parks Partnership.

The work, which finished in November 2018, transformed the parks but also attracted an extremely diverse group of users, Coletta said.

“We see remarkably different behaviour in a well-designed space versus the spaces that are adjacent to them,” she noted, adding the park atmosphere is noticeably mellow compared with the nearby areas.

“Design matters. The way you make a space safe is sometimes counterintuitive,” she said, noting the importance of being open to unanticipated uses.

She has noted queries from police officers asking for advice on how to make the areas they patrol as peaceful as the new parks, which should be an inspiration for designers and urbanists across the country, Coletta said.

“Public space is one of the last places where we can put a stake in the ground and get people from across the income spectrum to use the same space at the same time,” she said.

The idea that debt can grow faster than the ability to repay, until it unbalances a society, was well understood thousands of years ago
World
1 year ago