T-cells are able to kill virus-infected cells, remember past diseases for decades, and rouse antibody soldiers long after the first have left the battlefield 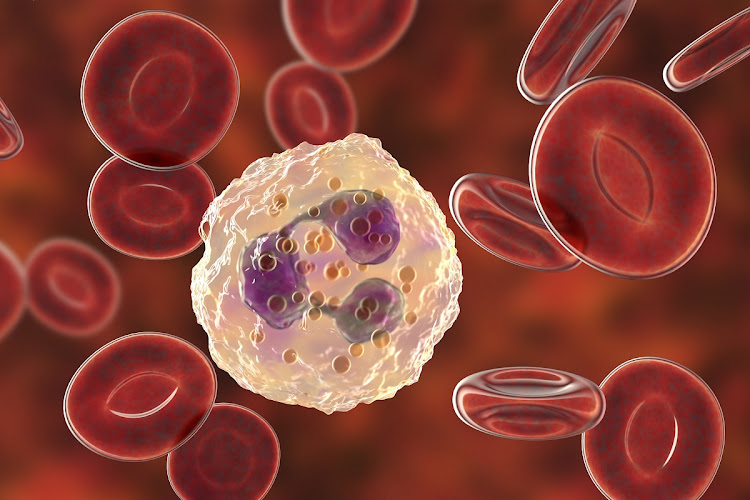 Paris/Melbourne — Antibodies have become a familiar word in the pandemic era, perhaps suggesting they are the best hope for keeping the deadly coronavirus at bay. But when crucial vaccine data was released this week, the spotlight panned to an unsung immune player: T-cells.

AstraZeneca, Pfizer and partner BioNTech as well as China’s CanSino Biologics all hailed the presence of these white blood cells in vaccine recipients as a sign their experimental shots show promise.

Thrust into focus by recent studies, T-cells are a reminder that the body’s defences rely on more than one weapon, and that much of the immune response to Covid-19 is still a mystery — especially after researchers revealed that the more lauded antibodies lack staying power.

“Antibodies are only a very small part of the picture,” said Paul Griffin, an associate professor of medicine at the University of Queensland in Brisbane, who is leading clinical studies in Australia of two potential Covid-19 vaccines. But “we’re really not there yet in terms of fully understanding” people’s immunity to the new coronavirus.

As the pandemic took the world by storm, scientists first focused on antibodies — proteins that stick to and disable foreign invaders — because eliciting them is the basis for most successful vaccines. The immune proteins are also easier to measure than T-cells and can be used to gauge prior infection.

The study showing they wane quickly in patients with mild disease dealt a blow to hopes that antibodies will provide some lasting form of immunity.

T-cells, by contrast, are able to kill virus-infected cells, remember past diseases for decades, and rouse fresh antibody soldiers long after the first have left the battlefield. People infected with another coronavirus that was responsible for the SARS epidemic in 2003, for example, still have a T-cell response to the disease 17 years later.

That suggests T-cells may still, at least hypothetically, be ready to protect SARS survivors against the infection almost two decades later, and might bolster their defence against Covid-19.

“Antibodies wane after a certain period of time,” said Thomas Schinecker, who heads the diagnostics unit of Swiss drugmaker Roche Holding. “This doesn’t mean that there is no immunity, it just means that potentially the memory cells, T-cells and others, will then be triggered to respond much better the second time so that you don’t have any severe response.”

One study found that some patients with no symptoms of Covid-19 had T-cells that recognised the virus — even when they had no detectable antibodies. Another pointed to a level of immunity in people who never encountered the pathogen, possibly because of exposure to one or more of the coronaviruses that cause the common cold.

“The immune system is all about memory,” said Alessandro Sette, a researcher at La Jolla Institute for Immunology in San Diego, who demonstrated last month the potential for pre-existing SARS-CoV-2 cross-reactive T-cell responses in healthy donors. “Maybe you have a pre-existing little bit of memory response, your immune system has a head start compared to someone who doesn’t.”

It’s possible that cross-reactivity is greater in individuals who recently experienced a cold caused by one of the four commonly circulating coronaviruses, Sette said in an interview Thursday.

Scientists are interested in studying people living on an island off the coast of Tuscany, where the incidence of Covid-19 was very low, despite infected travellers from mainland Italy bringing it across, he said. The previous year, people there had experienced a particularly bad bout of the common cold. “Some of the people I talked there with speculated that maybe this has something to do” with it, Sette said.

More research is needed to determine whether pre-existing T-cells that cross-react with the SARS-CoV-2 virus may explain why some Covid patients are barely affected while others get very sick and even die. What’s clear is that a balance of both antibodies and T-cells is necessary for optimal defence, according to the University of Queensland’s Griffin.

So-called helper T-cells, as well as memory T- and B-cells are able to prime antibodies to respond to a subsequent infection before it causes severe symptoms, said Smith, who is studying the immune response to the SARS-CoV-2 virus.

The virus, like other coronaviruses that cause the common cold, may have a way of evading antibodies, leading to reinfection, Smith said. “But there’s enough cellular immunity to put a dampener on any severe symptoms.”

It could be that T-cells are what ultimately subdue and blunt the pandemic virus that’s killed more than 600,000 people in less than seven months.

“If we can’t eradicate it, does it end up as a kind of a circulating virus, another cold virus?” Smith said. “I’m not sure, but it’s interesting.”

Telling people they are wrong is not as easy at it sounds, say Covid-19 myth-busters